The third-largest cinema chain in the UK now serves scoops of Chocolate Fudge Brownie ice cream in Ben & Jerry’s cups. The flavor is made with almond milk, cocoa powder, and pea protein. It has no trans fat or cholesterol, as opposed to the dairy-based version which has both.

The frozen treat is the first vegan ice cream offered by Vue Cinemas. 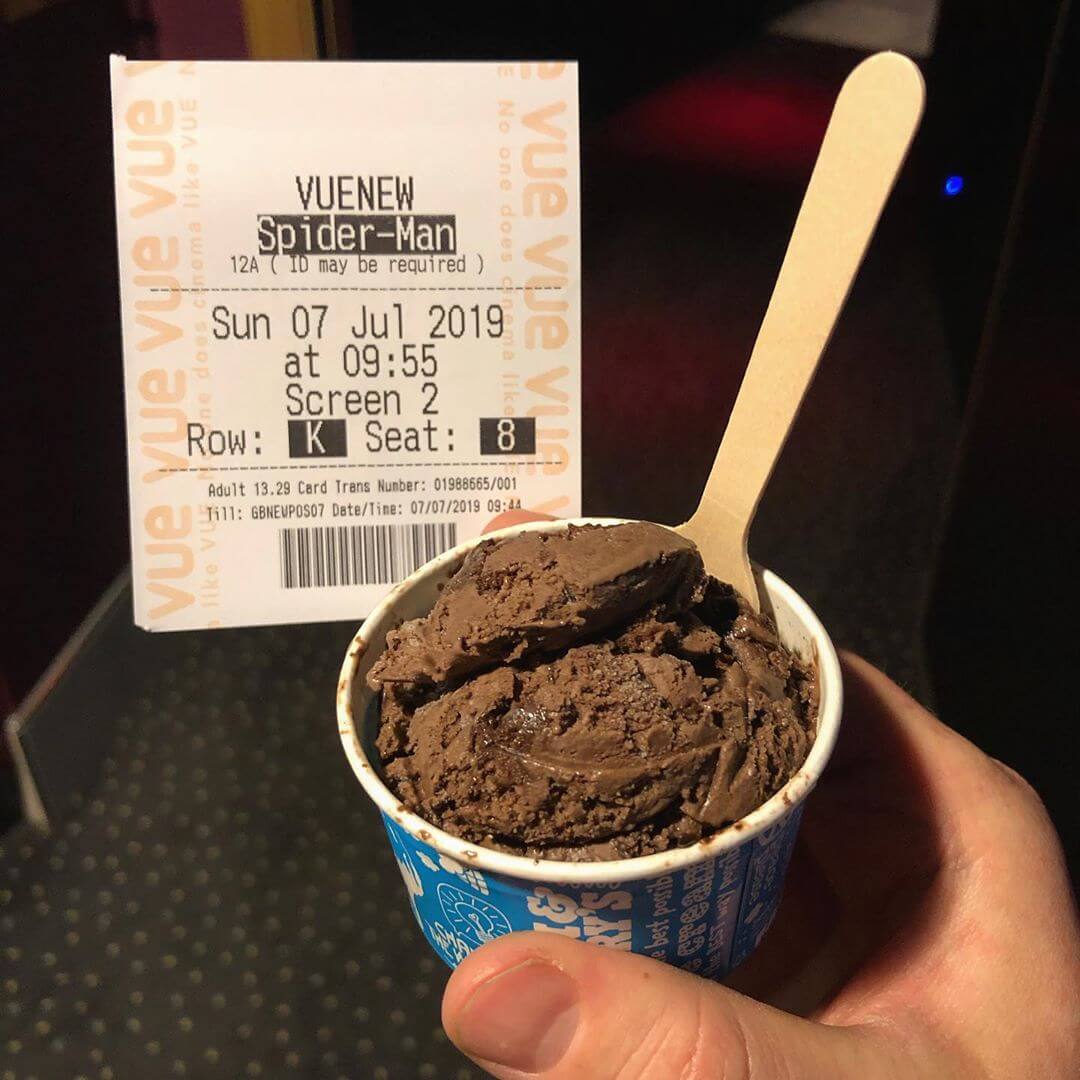 Ben & Jerry’s is one of the world’s leading ice cream brands. It entered the market as a dairy-only company but in recent years has also tapped into the growing vegan scene.

Its nondairy flavors — of which there are 11, accounting for 25 percent of its “full-time” line — are now available in the U.S., the UK, Asia, and Australia. As well as Vue Cinemas, Ben & Jerry’s ice cream is available at retailers like Target and pizza chains like Papa John’s.

Vegan living is becoming more popular and companies around the world are eager to keep up with shifting consumer preferences.

Slush Puppies’ Tango Ice Blast, available in nearly every cinema in the UK, announced earlier this year that its recipe is vegan. The brand, which has sold 175 billion cups of slushy since 1974, updated its Instagram biography to advertise that it is free from animal products and posted online, “yes! That’s right! We are vegan and no sugar! What’s your excuse now?!”