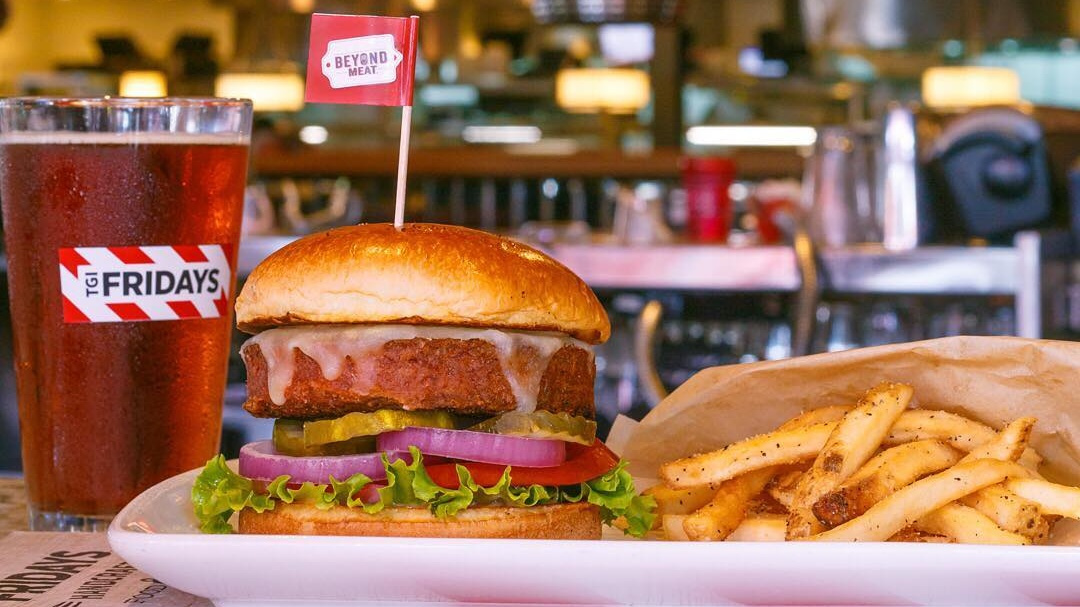 The vegan Beyond Burger is now available in over 10,000 food service outlets worldwide, Food Navigator reports. Beyond Meat’s recent deal with A&W, Canada’s fastest-growing burger chain with more than 925 restaurants across the nation, played a role in pushing the Beyond Burger to its new milestone.

The move is part of the Southern California-based vegan meat company’s commitment to expanding its presence across the globe. In addition to restaurants, the Beyond Burger can also be found on the menu in hospitals, hotels, and college campus dining halls throughout the U.S.

Last year, the vegan Beyond Burger made its international debut in Hong Kong, where it has boosted sales at the meat-heavy chain, The Butchers Club. In April, the plant-based burger debuted at Australian vegan fast-food chain Lord of the Fries and later made its way to the franchise’s New Zealand locations. Earlier this year, Beyond Meat announced distribution deals with Germany, the UK, and Europe, albeit in supermarkets. The company has also announced that it plans to expand into over 50 countries, including Mexico, Chile, UAE, Israel, Korea, Taiwan, and South Africa.

“Reflecting rapid demand growth in the United States and sustained interest from international markets, we’ve taken steps to significantly increase our production capacity,” founder & CEO of Beyond Meat, Ethan Brown, said in a statement. “These additions make it possible for us to support international launches, building upon the successful 2017 introduction of the Beyond Burger in Hong Kong.”

Popular for resemblance to a traditional beef patty, the pea protein-based Beyond Burger has seen major growth since launching in 2016. It is available at the meat-heavy, family-friendly restaurant chain TGI Friday’s, as well as smaller chains such as Bareburger, the vegan fast-casual chain Veggie Grill, and numerous independent restaurants across the U.S.

Beyond Meat has been quieter about its expansion into other dining facilities such as hospitals and college dining halls, but earlier this month, Reddit user Bryol spotted the vegan Beyond Burger at the Tufts Medical Center dining hall in Boston. Other users chimed it, sharing that the plant-based burger had also recently arrived at their local hospitals.

Beyond Meat’s rapid expansion is driven by the rising, global demand for vegan food. In January, Industry Leaders Magazine named plant-based food a “major disruption” to the food industry in 2018, driven by health-conscious consumers who are actively looking to reduce meat consumption. Awareness of factory farming’s damaging effects to the environment as well as the rampant animal abuse present within the industry are also factors that more consumers are taking into consideration.