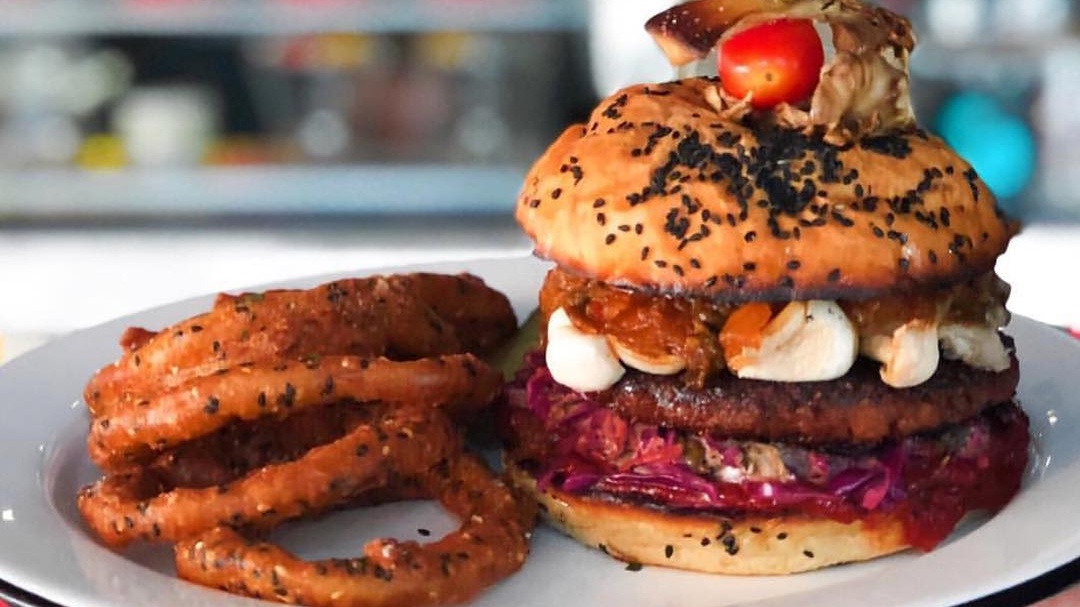 The James Beard Foundation’s Blended Burger Project is in full swing. The competition, which sees a number of entries from across the U.S, aims to seek out the nation’s healthiest, tastiest, and most sustainable burger. Modern Times DTLA’s entry, which features a plant-based Beyond Burger patty, is one of the only vegan options in the contest.

This year’s competition is all about mushrooms; contestants are judged by a panel of experts on their creative use of the ingredient. Competitors will be expected to blend finely chopped mushrooms with meat or plant-based protein and will also be judged on flavor profile and presentation. The prize for the five winners is a trip to New York City, where those elected will cook their burger at the historic James Beard House.

BEHOLD: Our entry in this year’s @beardfoundation Blended Burger Project, aka The Bulgogi Burger. We’re fairly confident this tasty heavy-hitter will carry us to victory, with a grilled @beyondmeat & shitake mushroom patty glazed in spicy soy, kimchi relish, smoked mushroom, charred scallion & cabbage slaw, pickled daikon, a dollop of gochujang ketchup, all secured between two perfectly soft porcini-sesame buns. Feel free to swing by the Dojo to try it, and if you think it’s a clear winner–which you totally will– cast your vote before 7/31 via the link in our profile.

Beyond Meat posted its support for the creation on Instagram. “The @beardfoundation’s Blended Burger Project is back! This annual challenge aims to build awareness for healthier, more sustainable burgers,” the company wrote. “This year, @moderntimesdtla is beefing up the competition by entering a 100% plant-based #BeyondBurger build.”

Traditional beef and pork patties are heavily featured in the Blended Burger Project, but the plant-based “bleeding” Beyond Burger holds its own against these rival entries. So far, Modern Times’ Bulgogi Burger has received 329 votes, putting it way above several animal product-heavy burgers.

The overall success of the Beyond Burger is all down to its meaty texture, assisting it in its ability to appeal to omnivores as well as vegans. In fact, Seth Goldman, the executive chairman of Beyond Meat, stated in January that 70 percent of consumers purchasing the Beyond Burger are, in fact, meat-eaters. In America, and soon globally, the Beyond Burger is sold alongside animal products in the meat case. The move is a strategical one and aims to sway the general population away from traditional meat products for ethical, health, and environmental reasons.

The James Beard Foundation aims to support chefs who are working to make the food industry more innovative, diverse, and sustainable. To vote for the Bulgogi Burger in the Blended Burger Project, see here. The closing date for the competition is July 31.