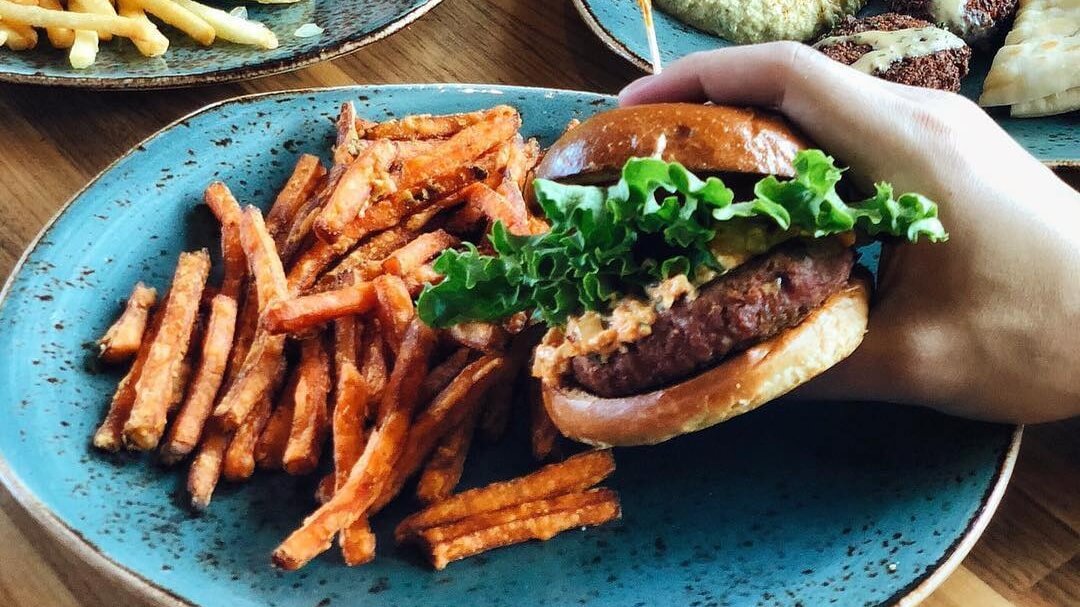 QSR Magazine reports that the plant-based burger patty, made by California-based vegan meat brand Beyond Meat, has beat sales of Luna Grill’s signature Grass Fed Burger by 40 percent since being added to the menu last April. The chain, which has 47 locations throughout the Southern California and Dallas/Fort Worth, Texas areas, serves the Beyond Burger with spicy feta, lettuce, tomato, and chopped onion on a brioche bun.

When Luna Grill first debuted the Beyond Burger, many mainstream and vegan media outlets were quick to criticize the fast-casual chain’s decision to not offer a completely plant-based option. Posters displayed inside the restaurant coinciding with the launch indicated that it was “Not able to prepare vegan style” due to the fact the grill pan is greased with butter.

An article on Medium titled “Why Luna Grill Offering A Vegan Burger Was A Bad Business Decision” chastised the chain’s stance. “They are not really selling this to meat-eaters, as if they are going to a restaurant, they are unlikely to buy something healthier or plant-based,” wrote Lucy Turner.“Meat eaters are more likely to eat… well, meat! So that is not their target demographic.”

An article on restaurant-focused blog GrubStreet was also critical of the non-vegan burger featuring a plant-based Beyond Meat patty. However, it noted that a Luna Grill representative reached out to clarify that customers are free to request cheeseless burgers but due to a shared grill, it cannot guarantee a “truly 100 percent vegan” burger. Brioche, the bread that the burger is served on, also contains both eggs and dairy.

Despite the implications that adding the vegan Beyond Burger to the menu was a bad business decision, Luna Grill added the realistic plant-based patty to the menu in response to consumer demand, including meat-eaters. The burger, famous for looking, cooking, and tasting like a traditional meat-based burger, has been a popular choice among all consumers.

A growing body of data has revealed that it is omnivores seeking to reduce their meat consumption, not vegans and vegetarians, who are driving both sales and demand of plant-based food. According to research from the NPD Group, 86 percent of customers buying vegan products are meat-eaters. Personal reasons for cutting back on meat range from health and sustainability to animal welfare concerns.

According to Beyond Meat, 70 percent of the Beyond Burger’s buyers are omnivores. The company, which stages the burger next to packaged meat in the grocery store, has been transparent that mainstream consumers, rather than vegans and vegetarians, are its target demographic.

“When we think about competition, it’s meat,” explained Beyond Meat executive chairman Seth Goldman. “Our goal has never been to be the top selling veggie burger company, although we obviously want vegans and vegetarians to enjoy our products. But we’ve never aspired to be the leader of 5% of the market, we’re going after the other 95%”

This is not the first time that the Beyond Burger has outsold beef. Some Vancouver locations of the meat-heavy fast-food restaurant A&W reported that the burger was outperforming its classic beef burger. The plant-based burger has been so popular at the chain is sold out until October 1.