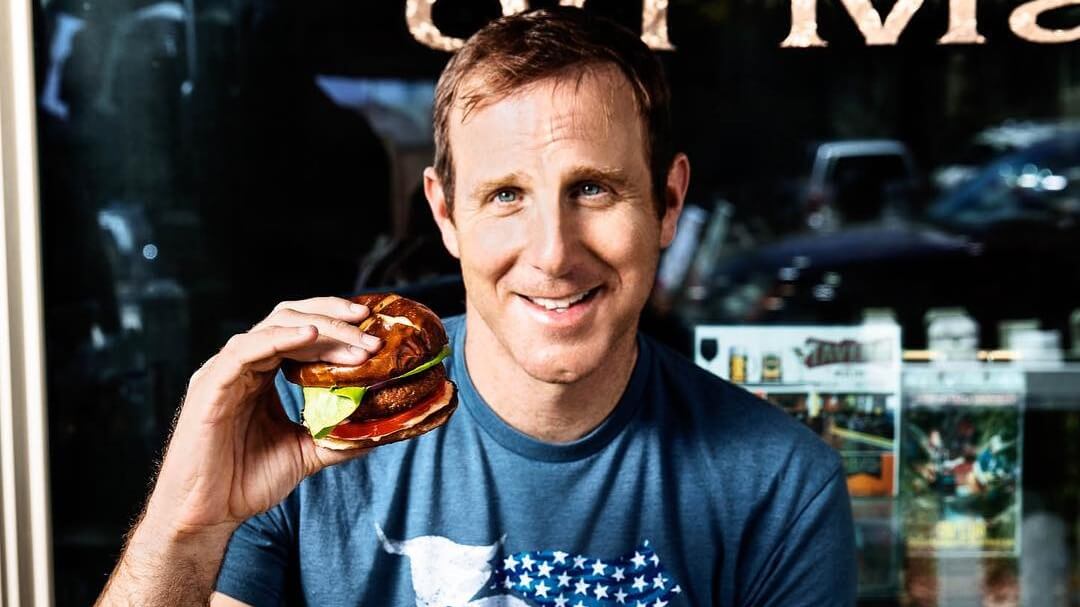 If you ask Ethan Brown, CEO and founder of California-based food company Beyond Meat, vegan meat isn’t “fake” – it’s actually not so different from the real thing.

Speaking to the BBC, Brown broke down the similarities between animal-based meat and the vegan protein created by his company, Beyond Meat. “There’s no mystery to meat,” explained Brown. “It’s amino acids, lipids, trace minerals and water. And if you can deliver those four things in the same blueprint or architecture as muscle – why can’t that be called meat?”

“We put together the best scientists on this [challenge],” Brown continued. “To understand meat more than anyone else in the world, and then painstakingly build it bit by bit using plants.”

Would ya LOOK AT THOSE GRILL MARKS!!! ? If your mouth is not watering then you’re clearly crazy. Would you believe me if I said these were vegan?! My fave burger of all time…. @beyondmeat burger!! Cooked by the grill master himself, @jabri_gainey ??‍? • This burger is juicy, pink on the inside, gets charred if you want it to, can be molded into more than one burger, flips like a burger, smells like a burger. So for those of you trying to transition, I DARE you to try this one at your next cookout! Many restaurants also serve the #BeyondBurger as well. • To spice things up: – Marinate your burger with a little @annieshomegrown vegan Worcestershire – Garlic powder – Onion powder – Liquid aminos/soy sauce • How do you like to grill out??! Comment below! ??????

Beyond Meat, which was founded by Brown in 2009 with the help of friends and family, first became available nationwide through Whole Foods Market in 2013. At the time, the company offered plant-based versions of chicken, beef, and burgers; however, Brown was unsatisfied with the brand’s reach. The company had no trouble landing in vegan and vegetarian grocery carts, but it had not yet captured the omnivore consumer’s interest. “We had to go back to the drawing board,” he said.

Despite being a plant-based product, vegans and vegetarians were never Beyond Meat’s target customer. In order to help build a more sustainable food system, the brand had to offer something that meat-eaters would crave. With a team of top scientists behind him, Brown aimed to develop a meatless meat that was indistinguishable from the real thing. In 2016, Beyond Meat had its answer: the Beyond Burger, a vegan burger that looks, cooks, tastes, and “bleeds” like real meat. Brown was adamant that the new protein should be sold next to meat, a move that would go on to influence other brands in the plant-based meat category.

To reach mainstream consumers, the California-based company had to offer its products where they shop – not in the designated “vegan” section of the grocery store, but in the packaged meat aisle. The Beyond Burger became the first vegan burger to be displayed alongside “the real thing” – in Brown’s opinion, the move was not an admission that vegan meat is “fake,” but quite the opposite.

“I would never call it that,” he said. “We don’t call a mobile phone a fake phone – it’s a better phone than a landline. We have to get people to think about [vegan meat] this way.”

And it seems many meat-eaters agree with the CEO; the “bleeding” vegan burger is available in more than 8,000 supermarkets across the U.S. as well as in thousands of meat-heavy restaurants. Major fast-food chain A&W, which added the Beyond Burger to Canadian locations last July, is sold out until October 1. Further, the burger was expected to launch in Tesco stores across UK last August, but faced delays due to high demand. In order to keep up, the company opened an all-new production facility in Columbia, Missouri, where it hopes to triple production.