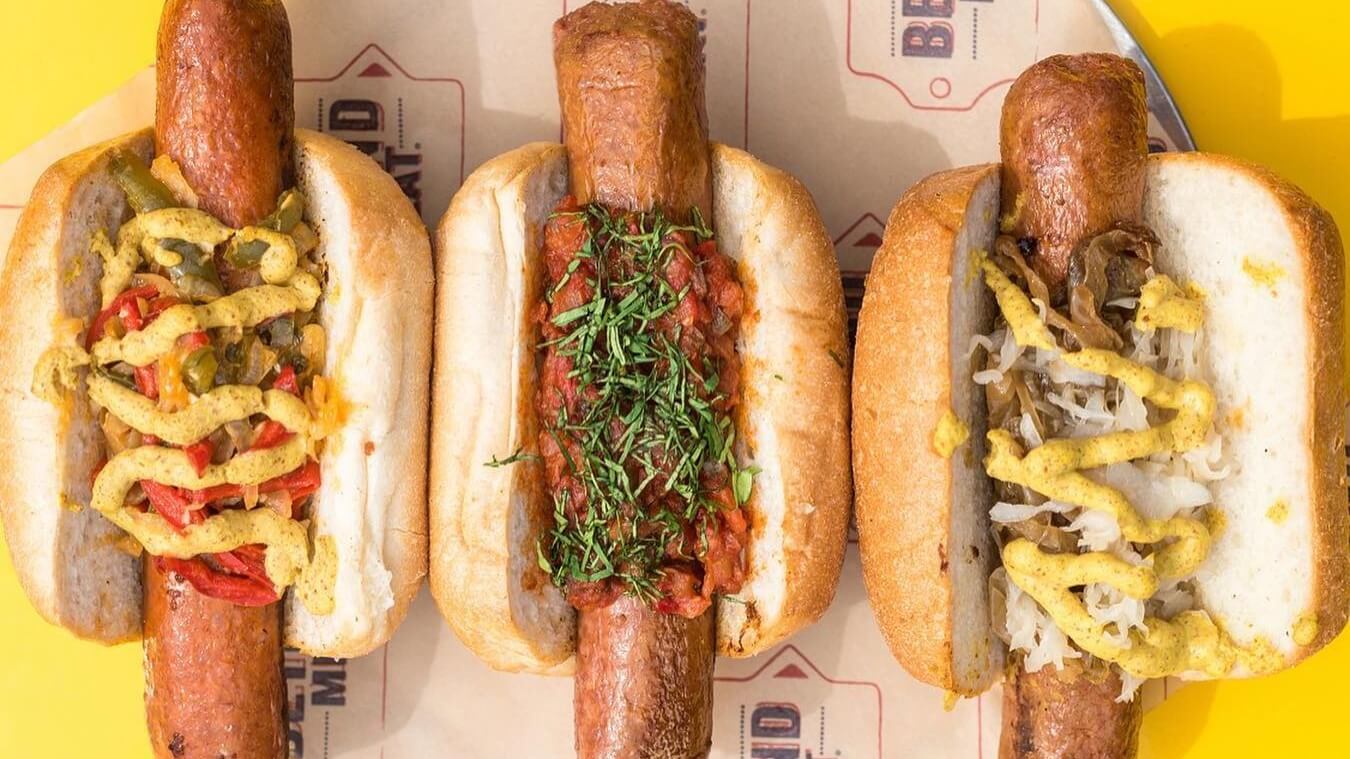 Select East Coast Bareburger locations in New York and Philadelphia will now be serving the vegan Beyond Meat Beyond Sausage, the company announced this morning. Bareburger already sells the brand’s best-selling Beyond Burger. And it also sells the Beyond Sausage at its kiosk inside Yankee Stadium as well.

“Sausage in the city alert!” Beyond Meat wrote on its Instagram page with a video showing the decked out sausage. “Bareburger has added #BeyondSausage to its menu!” noting that customers can now “enjoy the Beyond Burger or Beyond Sausage or BOTH… because you can!”

Sausage in the city alert! ? @Bareburger has added #BeyondSausage to its menu! Now you can walk in to any of their #newyork, #philadelphia or #washingtondc locations to enjoy the Beyond Burger or Beyond Sausage or BOTH… because you can! ??

The Beyond Sausage debuted late last year in three styles: Original Brat, Sweet Italian, and Hot Italian rolling out first at the Beyond Meat restaurant alongside the Boulder, Colo., Whole Foods Market. It then made its official restaurant debut in New York City at Schaller’s Stube. The company continued to launch the sausage at select sausage bars in Los Angeles and San Francisco before finally launching into all Whole Foods Market locations across the U.S. earlier this spring.

Like the popular Beyond Burger, which Beyond Meat says it has sold more than 11 million patties of since it launched the burger in 2016, Beyond Sausage is being merchandised adjacent to the stores’ meat counters. It’s a move Beyond Meat founder Ethan Brown says is critical to its marketing strategy, noting that the company can opt to refuse to sell the meaty burgers and sausages to retailers who refuse the request.

Like the vegan Beyond Burger, the Beyond Sausages are made from pea protein and contain no soy or wheat. The sausages look, cook, and taste like traditional pork sausage, even possessing a signature sausage “snap” made by an alga casing.

Bareburger now sells the Beyond Burger at all 38 locations across the U.S. and recently replaced two meat burgers on its menu with vegan versions using the Beyond Burger instead. It also recently upped its vegan offerings, adding a less meat-like vegan burger option, the black bean burger, as well as the Impossible Burger, and a quinoa patty.

Beyond Meat also recently announced plans to launch a vegan Beyond Breakfast Sausage patty expected to hit stores in the fall.