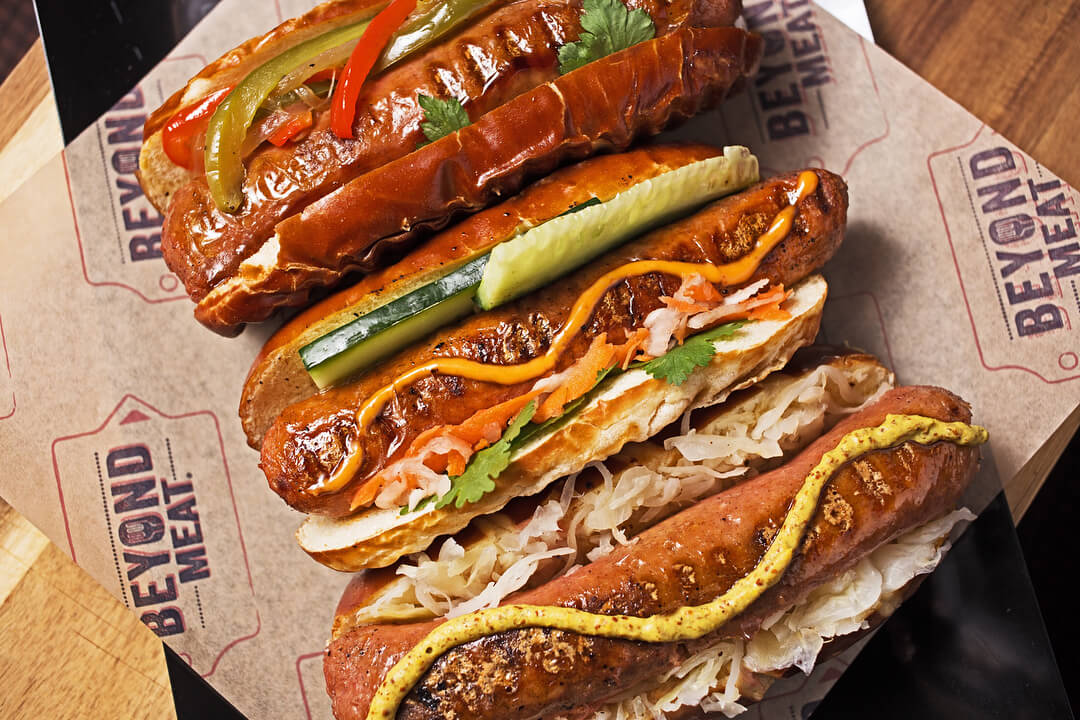 Beyond Sausage, the highly anticipated follow-up to Beyond Meat’s meaty Beyond Burger has made landfall at its first New York City restaurant, the California-based vegan meat startup announced on its Instagram page today.

“The Missing Link has arrived at its FIRST restaurant in NYC,” Beyond Meat noted in the post, adding that “with 80 years of sausage expertise and meaty heritage, we couldn’t think of a more perfect place to launch [than Schaller’s].”

Schaller’s, which is known for its meat-based sausage offerings, urged its Instagram followers to try the Beyond Sausages.

“We now have something to offer our vegan and gluten-free friends (and we PROMISE, you meat eaters will enjoy it to! [sic]),” Schaller’s noted in the post. “Try one of three special @beyondmeat sausages in our tasty preparations: The Sweet Sicilian, Banh Meat, and the Beyond Classic!”

What happens when you surprise Boulder, CO with the 1️⃣st taste of the world’s 1️⃣st plant-based sausage that looks, cooks and sizzles like the real deal? _____________________ Magic ✨ Check out their #BeyondSausage reactions above!

Beyond Meat launched the “missing link” Beyond Sausage late last year at its restaurant inside the Boulder, Colo., Whole Foods Market. The three varieties of sausage reportedly take after the company’s wildly popular Beyond Burger, which looks, cooks, and tastes like animal-based meat. The burger and the sausages are both free of gluten and soy and are instead made from pea protein, faba bean protein, coconut oil, and beets. The sausage “casing” is sourced from an alga often used in animal-based sausages as well.

Demand for the new sausages has been high since the company announced the launch in December. “So what if you don’t live in New York?” Beyond Meat asked its Instagram followers. “Beyond Sausage will continue to pop up with sausage savants around the country, allowing more people to eat what they love nationwide!”