Hungry New Yorkers can now get their hands on vegan hot dogs, just around the corner from Times Square.

According to a post in the Facebook group Vegans of New York, one of the city’s iconic hot dog shops on 10th Avenue is now selling plant-based Beyond Sausages for $5.

Vegan hot dogs are not a common sight on the streets of New York. Most of the stalls and carts in the city sell Sabrett’s beef-filled hot dogs. According to CBS New York, “Most New Yorkers have a salivating, Pavlovian response to Sabrett’s blue and yellow awnings.”

The Beyond Sausage that ‘Sizzles and Satisfies’

Made by plant-based brand Beyond Meat — which recently held one of the most successful IPOs of the year — Beyond Sausages are designed to look, cook, and taste like its animal-based counterpart. The brand states on its website, “[Beyond Sausage is] the world’s first plant-based sausage that looks, sizzles, and satisfies like pork.”

Even a member of the National Pork Board has admitted that the vegan sausage — made with pea protein — has a similar taste to animal-based meat. “The flavor I’d say was close,” he told Pork Business, adding that this could have been due to the amount of sauce and toppings on the hot dog.

Reviewers on Amazon are more convinced. One shopper stated, “it really is sort of unnerving at first, how close to the real thing these are.” Another added, “my friend is a meat-eater through and through. He literally could not tell this wasn’t meat.”

New Yorkers may be known for their love of meaty hot dogs, but more and more are eating more vegan foods for their health, the environment, and the animals. According to a study from earlier this year, 114 million Americans are now attempting to eat more plant-based foods.

Mayor Bill de Blasio understands the environmental risk of meat consumption. Earlier this year, he announced a plan to cut the city’s greenhouse gas emissions by 50 percent by phasing out the purchase of processed meat and reducing beef purchases by 50 percent. “There’s no time to waste,” he said in a statement. “We’re taking action now, before it’s too late.”

This article was updated on July 25, 2019 to clarify that vegan hot dogs are not being sold by Sabrett. 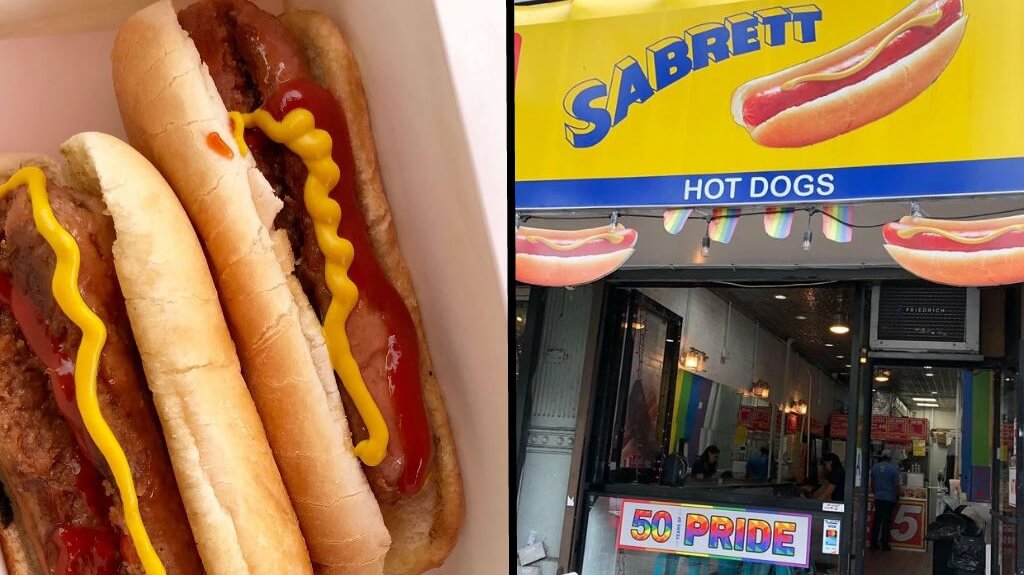