You can get cookie butter to-go packs with breadsticks for dipping at Target and it’s like a vegan snack dream come true.

If you’ve never heard of it, cookie butter is made by Lotus, the same company that makes crispy spiced Biscoff cookies (which are also vegan). Cookie butter is essentially Biscoff in creamy, dairy-free spreadable form. It has a bit of a cult following —  Trader Joe’s even has its own private label, vegan version.

Cookie butter comes in a creamy version, in a crunchy version, and in little to-go packs, because why not? 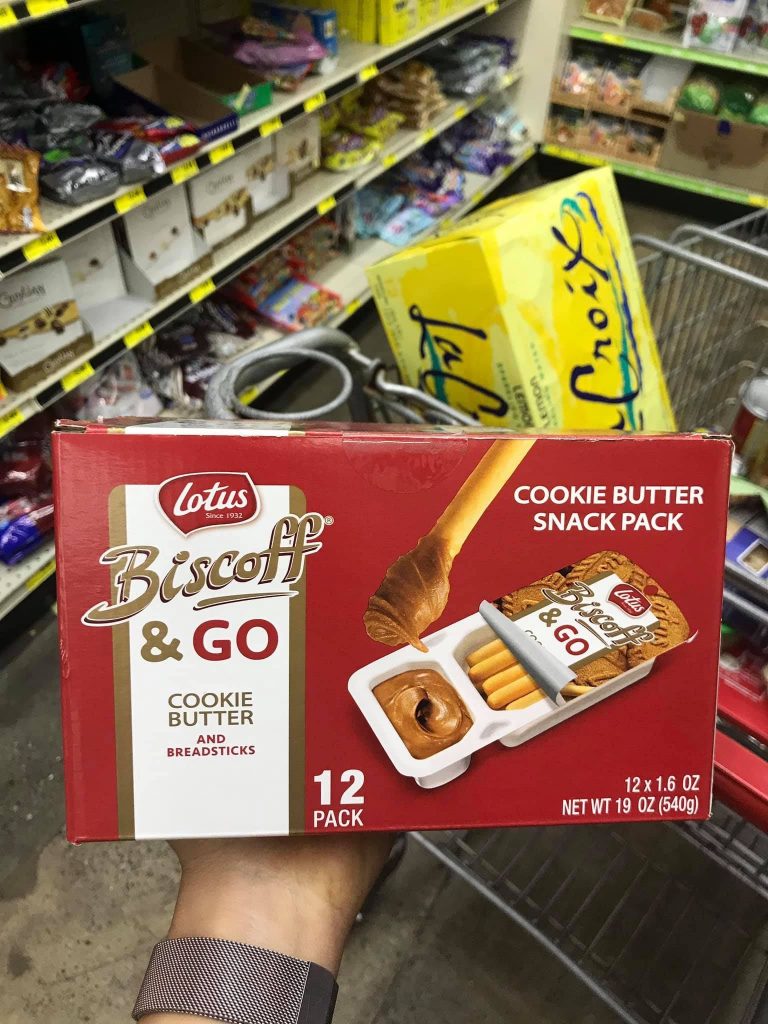 As one of the biggest retailers in the US, Target’s increase in vegan options speaks to the growing demand for plant-based food. Vegan food sales topped $3.3 billion in 2017 according to the Plant Based Foods Association, a nonprofit organization that seeks to create a fair and competitive market for products.

“The plant-based foods industry has gone from being a relatively niche market to fully mainstream,” said Michele Simon, executive director of the PBFA, in a statement at the time.

A consumer report from Nielsen also found that 20 percent of all food and beverage sales in supermarkets were vegan, with plant-based alternatives to meat and dairy leading the way.

If you’re not in the mood for cookies, Target also sells its own dairy-free ice cream under its Archer Farms label. Or you can stock up on pantry staples like beans and grains, vegan milk, and meatless meat from Gardein, Beyond Meat, Sweet Earth, and Tofurky. Target also has Daiya vegan pizza and vegan ready meals and snacks from Amy’s Kitchen.

You can find Lotus Biscoff & Go packs at Target, but it’s also available at Costco and Walmart.