Nothing makes a good cup of tea like a decent biscuit to dunk in it. In the UK, Brits are spoilt for choice when it comes to biscuits. There is no such thing as a biscuit emergency, because, whatever store you go to, it’s guaranteed there will be a good selection. Here are nine vegan-friendly biscuits in the UK to grab when you’re next feeling a bit snacky.

9 Vegan-Friendly Biscuits Available In the UK 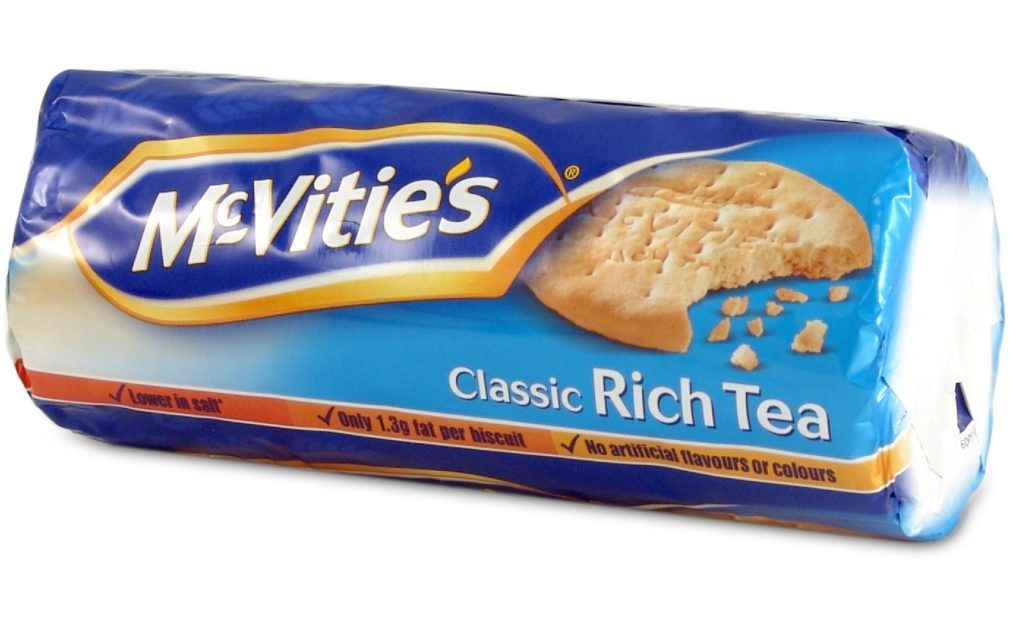 Rich Teas are synonymous with Britain.

McVities Rich Teas are quintessentially British, and they’re vegan-friendly too. According to Biscuit People — a website specializing in the biscuit industry — “it has been said that the McVitie’s brand tastes like Britain itself, just like the nation’s past and future.” They were first created in Yorkshire back in the 17th century and were originally called Tea Biscuits. The upper classes used to snack on them between meals to keep hunger pangs at bay. Now, Rich Teas are known for being the most dunkable biscuit, due to their sweet yet plain flavor. McVities isn’t the only brand to make Rich Teas, every supermarket across the UK makes its own version of the iconic biscuit.

If you ever attended a birthday party as a child in Britain, it’s likely you will have tried Fox’s Party Rings. The vegan-friendly biscuits — loved by adults too — were a staple feature on every kid’s buffet table. The biscuits come in four different colors — orange, purple, yellow, and pink — with signature swirls in the hard sheen icing on the outside. The party classic hasn’t always been vegan, but in 2015 the gelatin was removed from the recipe. 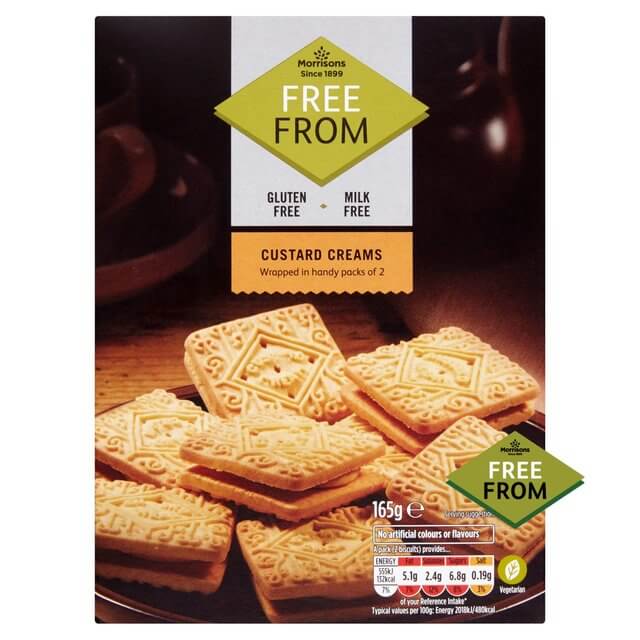 Not all Custard Creams were made equal. Some recipes include whey powder, however, some supermarkets — like Asda and Morrisons — offer vegan versions of the iconic biscuit. Asda’s take on the crunchy classic is actually called Cookies & Cream and takes a circular shape instead of the traditional rectangle. Morrisons, however, has kept the classic shape in its Free From version. According to Biscuit People, the Custard Cream is the UK’s favorite biscuit, with nine out of ten people voting it as their top choice in 2007. 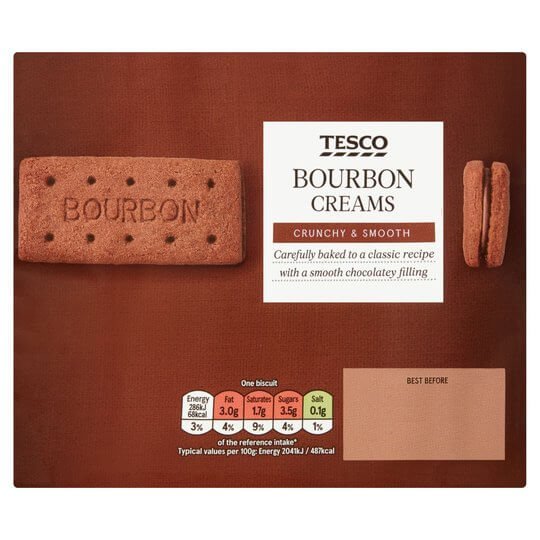 Bourbons — not associated with the whisky by the same name — are made by a number of different manufacturers and pretty much every UK supermarket stocks its own version. They contain cocoa powder, but the traditional recipe is completely dairy-free, meaning most versions of the biscuit are vegan. According to Biscuit People, bourbons are extra special, as they were the first biscuit to ever be consumed on the moon by American astronaut Edwin Aldrin.

Some brands make a version of the biscuit called Bourbon Cream; these can sometimes contain milk, so make sure you read the ingredients before you buy.

Britain and vegan-friendly ginger nuts go way back. According to Biscuit People, the gingery baked classic was first enjoyed in the country in the 1840s. Not to be confused with gingerbread, ginger nuts are hard — making them ideal for dunking — and feature ginger as their predominant ingredient. Although this particular format of the ginger biscuit is usually found in the UK and most of the former British Empire, other countries around the world — including Denmark, Sweden, Finland, and the U.S. — have their own versions. In Denmark, ginger biscuits are known as Brunkage, and in Finland, they are called Piparkakut. 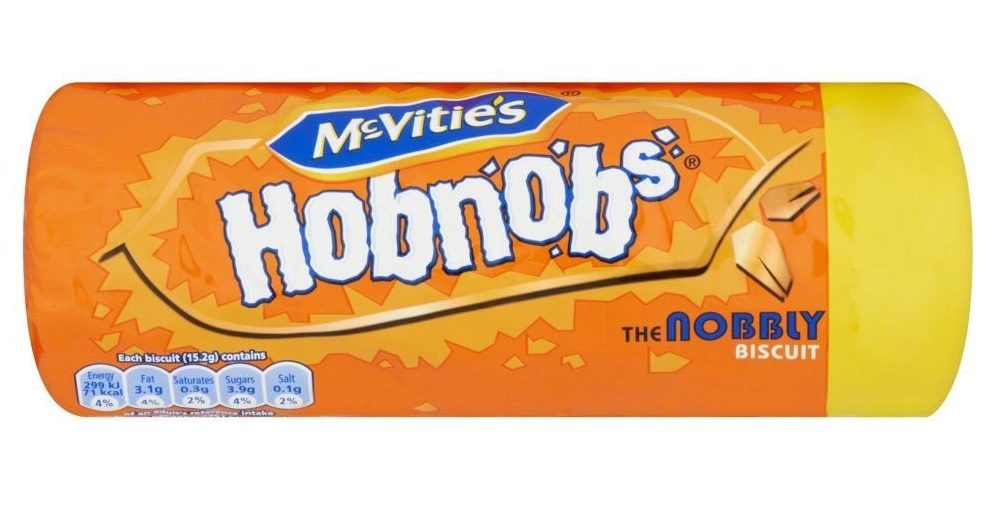 Hobnobs are made with rolled oats.

First launched by McVities in 1985, Hobnobs are made from rolled oats, making them naturally vegan. There are a few different varieties of the much-loved biscuit now, including those with chocolate on top, however, these are not (currently) vegan. According to Vegan Recipe Club, Hobnobs with chocolate chips are vegan. “Go figure, go buy, go eat,” says the publication. If you can’t find the McVities version, many UK supermarkets have created their own copycat take on the classic oaty biscuit. 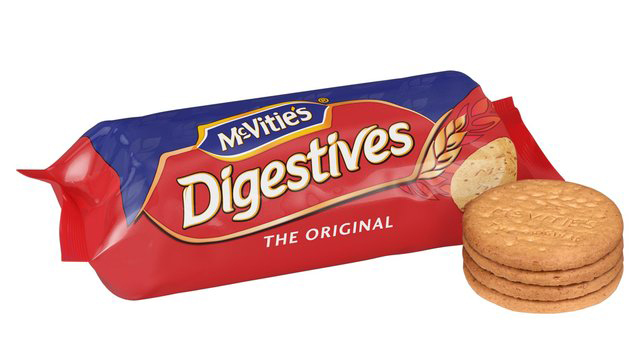 McVities recently removed the milk from its Digestives recipe.

Digestives are a safe pair of hands. You know exactly what you’re getting with this biscuit, which is one of the UK’s most dunkable. The flavor is semi-sweet and the texture is crunchy and crumbly, making them a firm favorite among Brits. Many versions are vegan-friendly, but McVities only recently removed the skimmed milk from its recipe. If you’re making a dairy-free cheesecake, digestive biscuits make the perfect crumbly base. 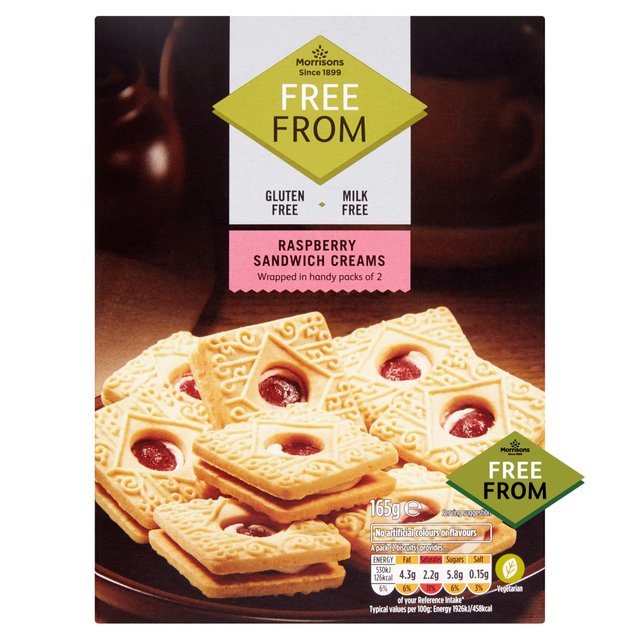 The original Jammie Dodgers — which feature a shortbread biscuit with a jam filling — are no longer vegan after milk protein was added to the recipe by Burton’s Biscuit Company. However, there are plenty of vegan-friendly copycat versions available. Morrisons offers Free From Raspberry Sandwich Creams and Asda has Free From Jammy Wheels. Aldi stocks Prewett’s gluten-free vegan version of Jammie Dodgers. The cookies feature the classic shortbread biscuit, made from oat flour, and a sweet-tart raspberry filling. 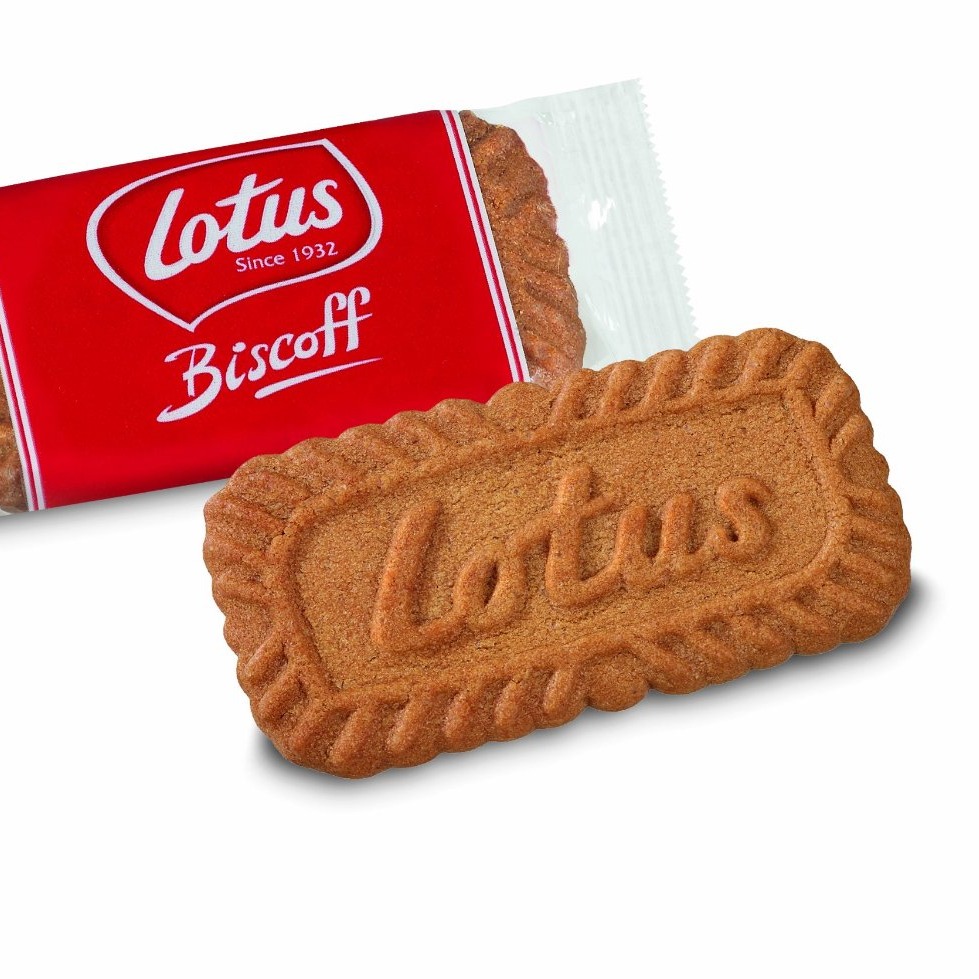 Lotus Biscoff biscuits are loved across the UK.

Vegan-friendly Lotus Biscoff biscuits aren’t actually originally British. They originate from a small town in Belgium, called Lembeke. However, they’re so loved across the UK that Brits have adopted them as their own. Due to its signature caramelized taste, Lotus Biscoff is also loved across the United States. The biscuit is so popular, it has even been made into a spread. UK supermarket chain Tesco describes Lotus Biscuit Spread as “irresistible.”

It says on its website, “enjoy the great taste of the famous Lotus Biscoff biscuits in a jar. To turn them into this irresistibly smooth spread, we crush them finely after baking. That’s how we keep all the goodness of their unique flavor. To be savored by everyone, whenever you enjoy a slice of bread.”