Vegan black pudding is a thing and you can buy it in supermarkets in the UK. The plant-based meat is made by the Real Lancashire Black Pudding Company.

Black pudding is a kind of blood sausage, usually made from pig’s blood. It also includes pig or cow fat and a cereal, like oatmeal.

Originating in the British Isles, it’s most commonly eaten in England, Ireland, and Scotland.

As more people ditch animal products, some have updated the recipe to be vegan, using ingredients like black beans, garlic, mushrooms, and onion.

Plant-based black pudding is now coming to supermarkets. Social media users spotted a vegan version in an independent supermarket in Brighton, England. “[W]e were wondering if this product may be making its way into mainstream supermarkets also,” Instagram account vegan_food_uk wrote.

“We tried it and was very herby!” the account said, adding that though the product attracted “mixed reviews,” they were “never fans of the real black pudding.”

“Having said this, those that were fans seem to like it on their [vegan breakfast],” the account added. 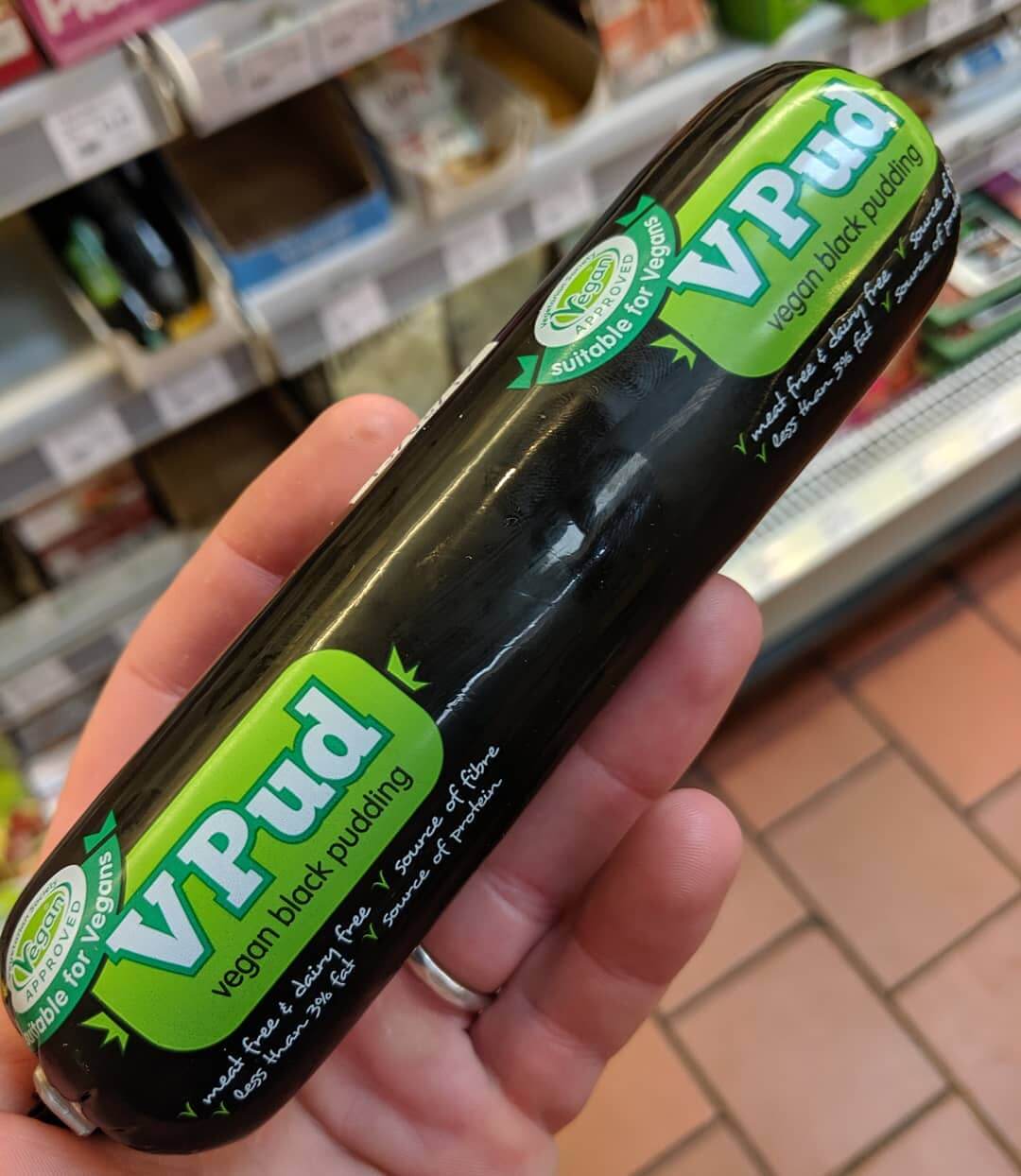 The vegan black pudding has a “herby” taste according to social media users | image: vegan_food_uk/Instagram

Real Lancashire is behind the vegan food, which is called V Pud. The company produces animal-derived black pudding, white pudding, and tripe.

In 2017, the company created a Vegetarian Black Pudding which is recognized by the Vegetarian Society and was voted its best breakfast product. But it “wasn’t enough” for Real Lancashire. “[W]e went the whole way and made it vegan too,” the company wrote online, for the reason that “everybody should be able to enjoy black pudding.”

The vegan version is said to be “the world’s first and only vegan black pudding,” according to the brand. It’s a source of fiber, protein, and contains less than 3 percent fat.

“We are frequently asked how it is possible to make a product vegan when the traditional versions main ingredient is blood,” it said. “We use our same award winning recipe but we remove the blood and fat and replace it with a mixture we have developed, a protein substance that mimic the consistency of blood and we use beetroot for colour.”

“All the ingredients are still to the very best quality, no artificial and no chemicals,” it assured.

Real Lancashire explained that the factory is thoroughly cleaned before the V Pud is made, with all surfaces and machines being microbiologically swabbed to make sure there is no trace of other ingredients. The ingredients used to make the vegan pudding are stored separately from the animal-based ones, and staff change uniform before production of the V Pud begins.