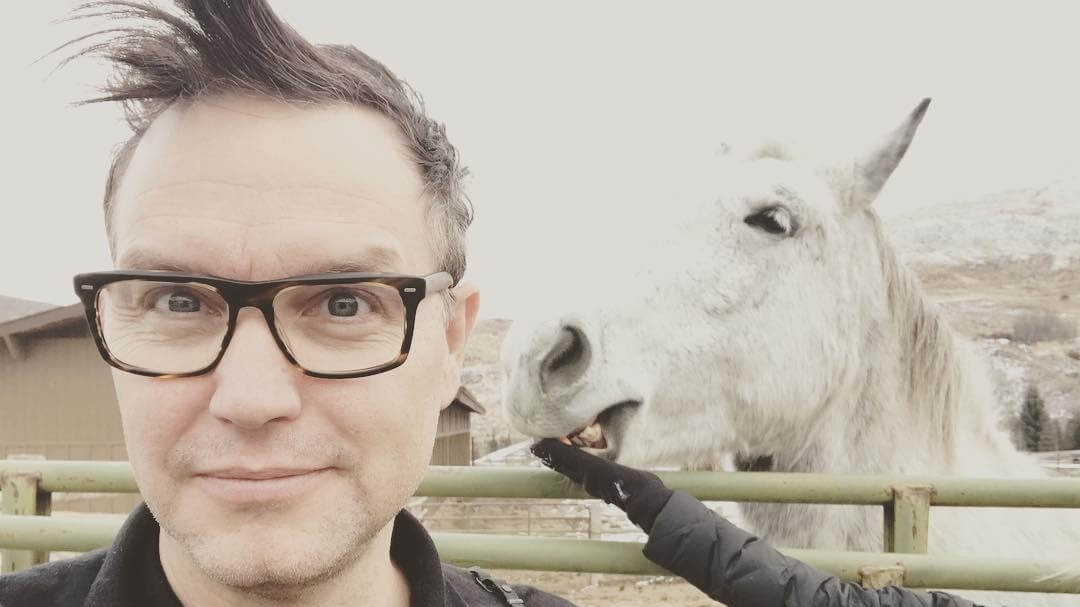 Predominantly known for his pop-punk performances with American band Blink 182, bassist Mark Hoppus is also a vocal animal rights advocate. The star recently encouraged his Twitter followers to offer the same love and respect to farm animals as we do pets.

Last week the singer-songwriter tweeted, “we spoil horses and house them in stables and feed them oats and brush them and wash them and give them blankets when it’s cold.” But our treatment of cows, he noted, is completely different. Alluding to the experience of cognitive dissonance, he said, “We’re like okay you’re a hamburger and you’re car seats and you’re a rug and we’re gonna pump your udders dry and make a wheel of cheese.”

Hoppus has previously expressed his love for animals through his music. Last year, he recorded a song entitled “Not Every Dog Goes to Heaven.” At the time, Hoppus explained to Forbes, “I just love dogs in general and think that animals have a sh*tty rap in the world… [because of] what… humans put them through.” The track featured on a charity album called “Dog Songs,” the proceeds from which were donated to the American Society for Prevention of Cruelty to Animals for dogs affected by Hurricane Harvey.

The old man. Sometimes I wonder who rescued who. Then I remember that he was scheduled to be euthanized in a matter of days before we adopted him and realize it was definitely him who was saved.

While Hoppus is dedicated to protecting dogs, especially his rescue beagle Xavier who regularly features on the star’s Instagram page, he is keen to emphasize that it’s not just pets who deserve our love and care.

He told Forbes, “a lot of times we treat [animals] like a product, whether it be food, dairy products, leather or elephants in the circus.” He added, “A lot of times they’re not treated as sentient beings, they’re treated as a commodity and that bums me out. Like six years [now seven] ago I started being vegetarian… I start coming closer and closer to vegan every day.”

Hoppus is not the only Blink 182 legend making a name for himself in the animal rights scene. Drummer Travis Baker recently supported a march of silence for animal rights; even the band’s former private chef, Mary Mattern, has written plant-based recipe books and opened a vegan deli, Winter Park Biscuit Company, in Florida.