You can now get vegan blue cheese from Asda.

“The blue cheese is really popular and ideal for cheeseboards, sandwiches and blue cheese fondue,” he said. “The Double Gloucester with onion and chives is a first to market — and gives consumers another tasty option when it comes to free from cheese — providing variety and choice is so important to us.”

“At Asda, we work alongside our suppliers to create innovative, affordable, delicious and high-quality products,” Yvonne McArthur, part of Asda’s Scottish team, said in a statement. “Our work with Bute Island Foods on the Free From cheese range is no exception.” 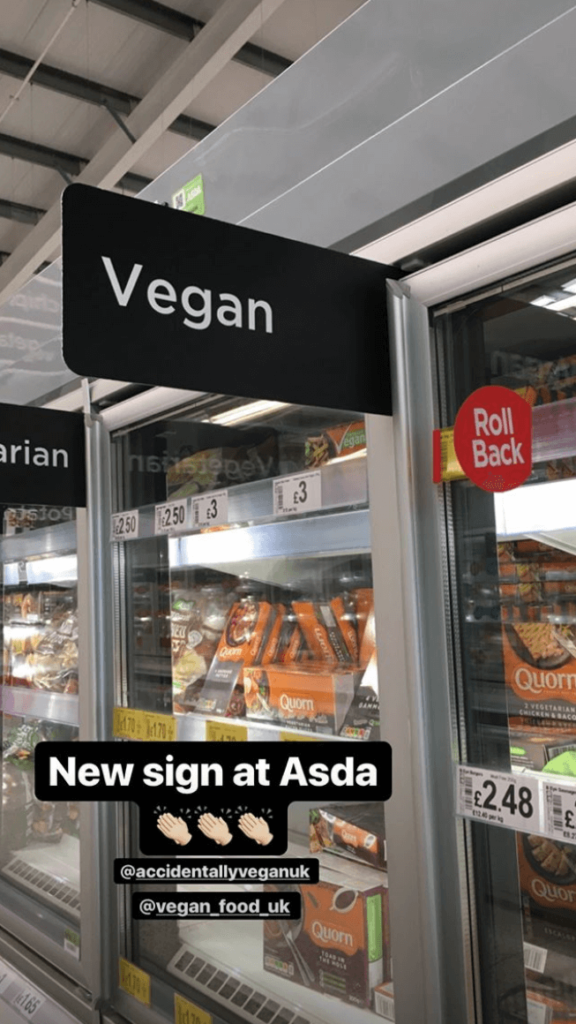 In addition to its range of vegan cheese, Asda stocks a variety of other plant-based dairy products. The supermarket also sells its own-brand yogurt and milk, including soya, oat, almond, and coconut-based products. Asda has even launched a plant-based burger filled with dairy-free cheese.

Earlier this year, the supermarket giant introduced a dedicated in-store vegan section, following in the footsteps of fellow chains Waitrose and Iceland.

It also recently released its vegan-friendly meat-free Christmas range. The supermarket is offering “no pork” cocktail sausages, cranberry and apple stuffing balls, and even vegan wellington.

More variety in the vegan products available — and better labeling — aligns with the growing popularity of plant-based food in the UK. Research by consumer brand services business Ceuta Group found that the number of people researching vegan products online has increased by 469 percent.