A vegan “Bob’s Burgers” pop-up is coming to Pearl Bar in Houston.

This is the latest project from Sinfull Kitchen founder Dylan Carnes, who also owns and operates Sinfull Bakery. The pop-up is inspired by Fox’s Emmy Award winning animated sitcom “Bob’s Burgers.” The series of events feature “rotating vegan burgers straight from the show!”

Each pop-up night will feature a vegan version of burgers used in the show. The “burger of the day”  for the launch event is the Baby You Can Chive My Car Burger.

The cheese and chive burger is made with a “Beyond meat patty infused with mozzarella cheese.” The burger is “topped with diced chives and creamy sour cream and mustard spread. Comes with fried pickles four wheels (because it’s a car). With a side of air-fried fries!”

The event poster suggests customers dress up as their favourite characters on the night, and offers a free side dish with their burger for those that do. The event will also air “Bob’s Burgers” episodes.

On the Sinfull Bakery Facebook page, it states that the Sinfull Kitchen is the next step in the chef Carnes’ “desire to make great vegan food more easily accessible to the masses.” 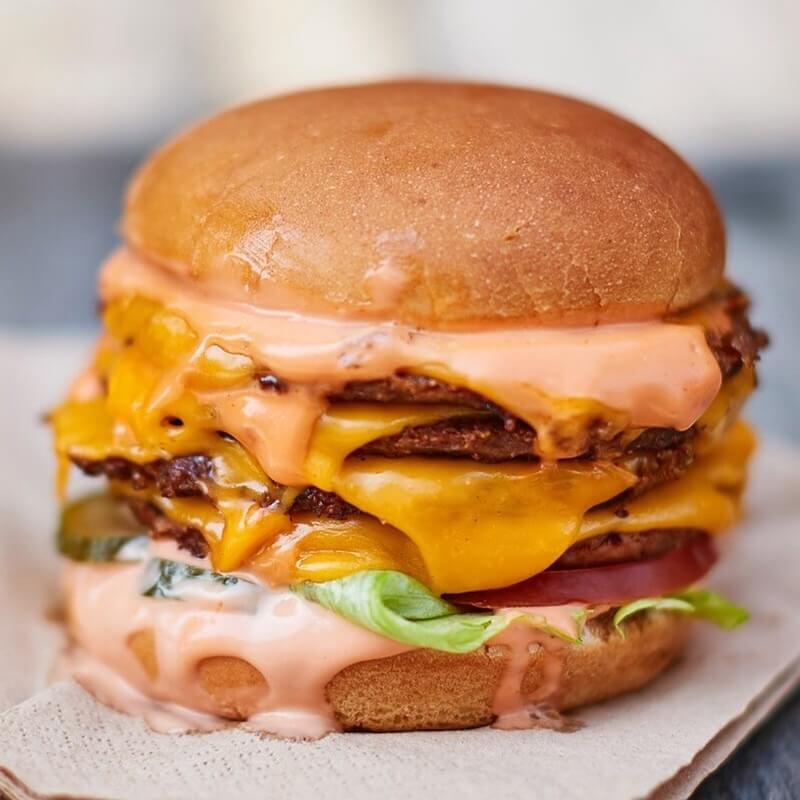 The Beyond Meat patty served by Sinfull Kitchen is extremely popular, and designed to taste exactly like beef | beyondmeat

Growing demand for hyper-realistic vegan meat reflects an increasing overall interest in plant-based foods, as well as the number of flexitarians who are now incorporating more plant-based meals into their lifestyles. Chief amongst these realistic options are Beyond Meat and The Impossible Burger. Both products taste, cook, and even bleed like real beef.

At least 52 percent of Americans are now trying to eat more vegan food, while a huge 92 percent of Brits are eating flexitarian diets with a focus on plant-based meals. An often cited motivator is growing international awareness of climate change and the high impact of meat on the environment. Other factors include personal health, as well as animal welfare concerns.

The vegan Bob’s Burgers pop-up will launch at Pearl Bar on Saturday, September 1st and then every last Sunday of the month through the 29th. Each event runs from 4pm – 8pm and features music from DJ Von Kiss.