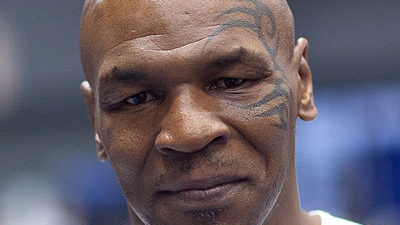 The former undisputed world heavyweight champion and record-holder (he was the youngest boxer to win a heavyweight title) – will hold the event on his property in Desert Hot Springs, California. Called Kind Music Festival, the event will take the form of an all-ages pop-up that welcomes the state’s newly updated cannabis laws. California legalized licensed medical marijuana years ago but on January 1st, it also legalized recreational weed.

Kind Music Festival will be held on a 420-acre ranch (get it?) in the Mojave Desert where Tyson recently began constructing a cannabis resort, The Source reports. Called Tyson Ranch, the resort will use 20 of its acres for “master growers” to cultivate marijuana. The resort will also feature an amphitheater and an “edibles factory.”

I’ll be there. Get your tickets now and meet me in the Desert. Link in bio. #kindfestival #Repost @miguelltyson ・・・ KIND is here! #bekind #kindfestival

The event won’t be selling cannabis, but attendees will be permitted to bring their own.

According to a press release, Kind Music Festival will have “the distinction of being the first-ever all-ages music festival that embraces California’s updated cannabis regulations.”

Miguel, Chicano Batman, and Starcrawler are some of the acts set to perform at the event, which is being hailed as “the next generation of music festival.”

A portion of the event’s proceeds will be donated to Standing United, a non-profit charity for addiction and homelessness.

Though he was once named the “baddest man on the planet,” the 52-year-old fighter is turning to a kinder way of life, reflected in his 10-year adoption of a vegan diet. In an interview in 2013, Tyson spoke about the negative impact of animal product consumption on his body, noting that he had “a lot of arthritis,” joint problems, and was “morbidly” obese.

Kind Music Festival will be held on Tyson’s Ranch Resort on February 23, 2019.