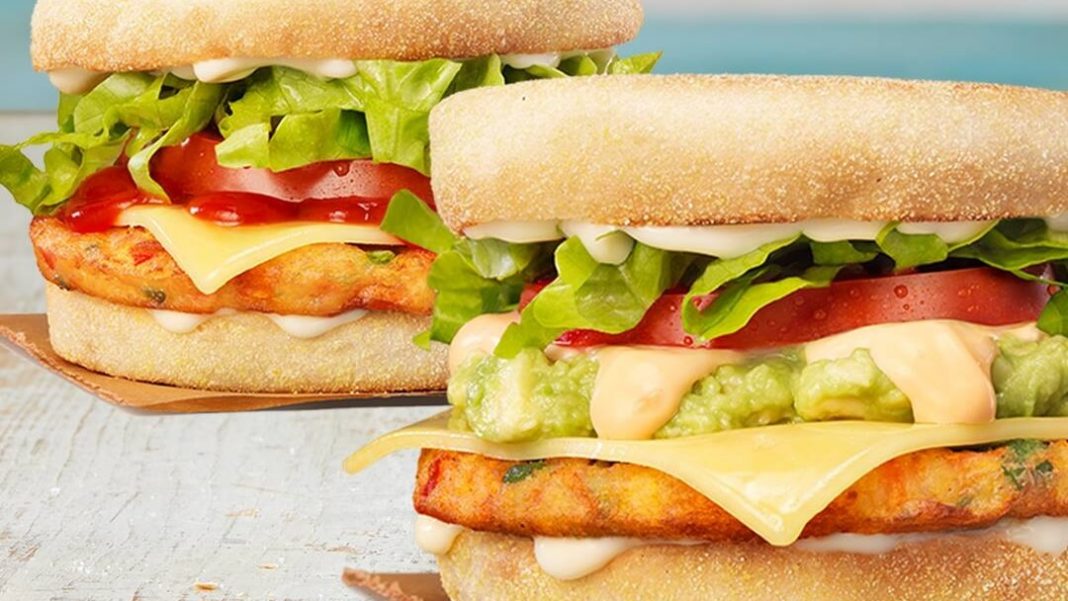 “Rise and shine, Vegans – we’ve got news for you,” the fast-food chain announced on Facebook today.

“Make your morning with our NEW Vegan Muffins – a veggie patty with the classic vegan mayo & vegan cheese combo, or topped with avocado and vegan lemon garlic dressing.”

Hungry Jack’s, which operates nearly 400 restaurants in Australia, already offers vegan burgers and cheeseburgers. Both have been big successes for the fast-food chain.

The company says it’s seeing a significant rise in sales of vegan items. Hungry Jack’s reported earnings of up 50 percent after the launch of a vegan cheeseburger last year.

☀️ Rise and shine, Vegans – we’ve got news for you. Make your morning with our NEW Vegan Muffins – a veggie patty with…

Earlier this year special vegan wrapping paper for the burgers was spotted on social media. Instead of using traditional wrappers marked with the word “burgers” the chain now has paper marked as “vegan.”

“Customer response to the addition of the Vegan Cheeseburger as a permanent fixture on the Hungry Jack’s menu has been overwhelmingly positive,” Hungry Jack’s Chief Marketing Officer Scott Baird said in a statement. “We highly value the incredible support we’ve received from our customers since the launch.”

In October, Hungry Jack’s featured its vegan burgers in a television ad. “New vegan cheeseburgers, ’cause everyone deserves a better burger,” the narrator said in the campaign. The commercial marks Hungry Jack’s first-ever vegan advert.

Australia has proven particularly receptive to vegan options. It recently ranked among the top three countries for vegan food. The country is also home to a vegan hotel, a vegan cooking school, and a vegan cruise.

According to recent surveys, some 2 million Australians — nearly ten percent of the total population — are vegan or vegetarian. But the flexitarian market is also expanding — consumers seeking to reduce their meat intake in favor of more plant-based options now accounts for 56 percent of the entire population.