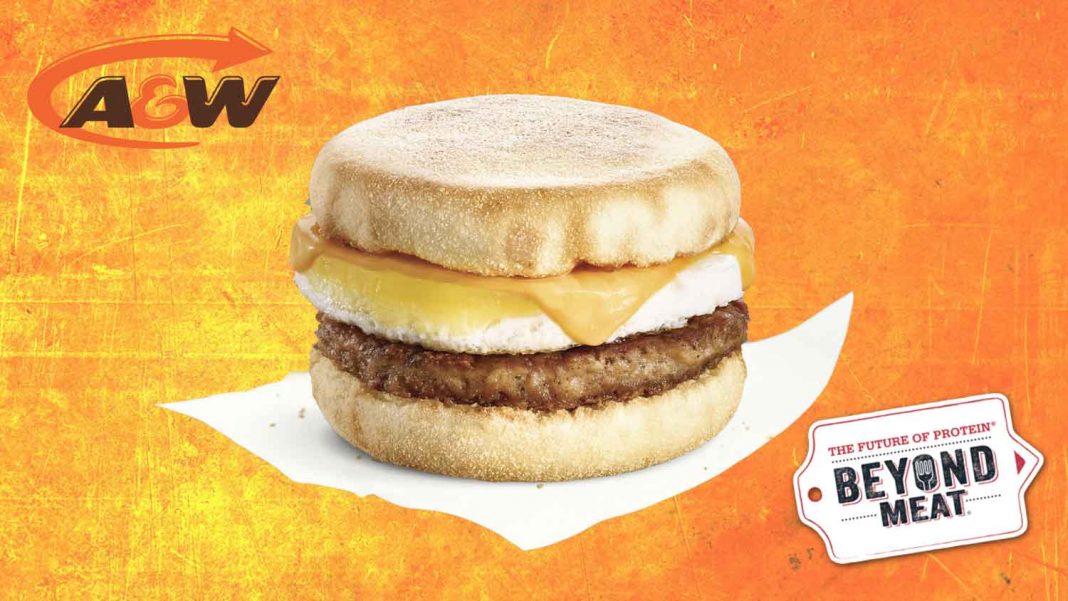 Jillian Harris, host of HGTV’s “Love It Or List It Vancouver, shared the news in an Instagram story. The 39-year-old TV personality broke off a piece of the vegan sausage to showcase the meat-like texture.

The Beyond Meat breakfast sausage is made from peas, brown rice, and mung bean protein, and according to Harris, it tastes like real meat.

“It looks and feels and tastes – it actually tastes – it’s salty and moist and a little bit fatty, but in a good way – like sausage. It’s unbelievable,” Harris said in her story. “Even if I wasn’t plant-based, I wouldn’t know … This would trick people. I want another one.”

The company first announced the new meatless meat last May at the National Restaurant Association Show in Chicago. A flier indicated that it is gluten-free, soy-free, and made from non-GMO ingredients. 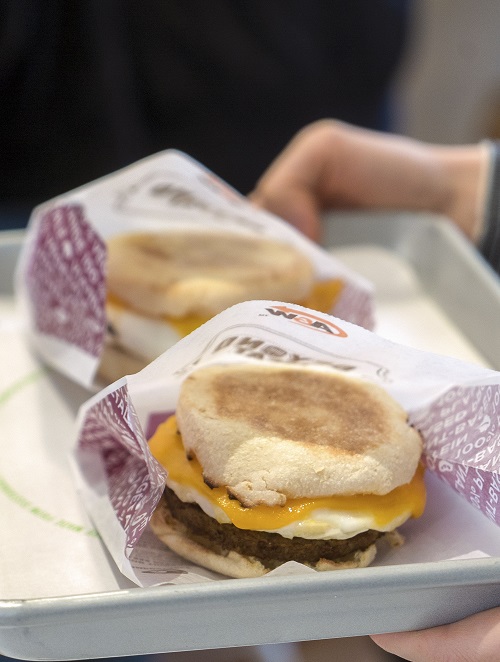 This isn’t the first time A&W Canada partnered with Beyond Meat. Restaurants nationwide launched the vegan Beyond Burger last June to enormous success. A&W Canada CEO Susan Senecal told the Vancouver Courier at the time that many customers said the plant-based burger was their new favorite option at the restaurant.

The meatless burger, made to look and taste like a traditional patty, outsold beef burgers in certain locations. Many stores posted signs saying that the Beyond Burger sold out due to overwhelming popularity. Last month, A&W credited its 10 percent sales increase in the fourth quarter to the launch.

Speaking to the partnership between both companies, Beyond Meat CEO Ethan Brown told Forbes, “We’ve always focused on making this product available to the largest number of people irrespective of socioeconomic status or geographic location. We want to be available in as many places as possible. Being in A&W Canada puts us a step closer to that goal.”

The Beyond Burger has found similar success on the retail side, outselling beef at certain grocery stores. The company’s own data shows that 93 percent of people buying the Beyond Burger are meat-eaters.

A&W Canada will launch the Beyond Meat vegan breakfast sausage on March 11.