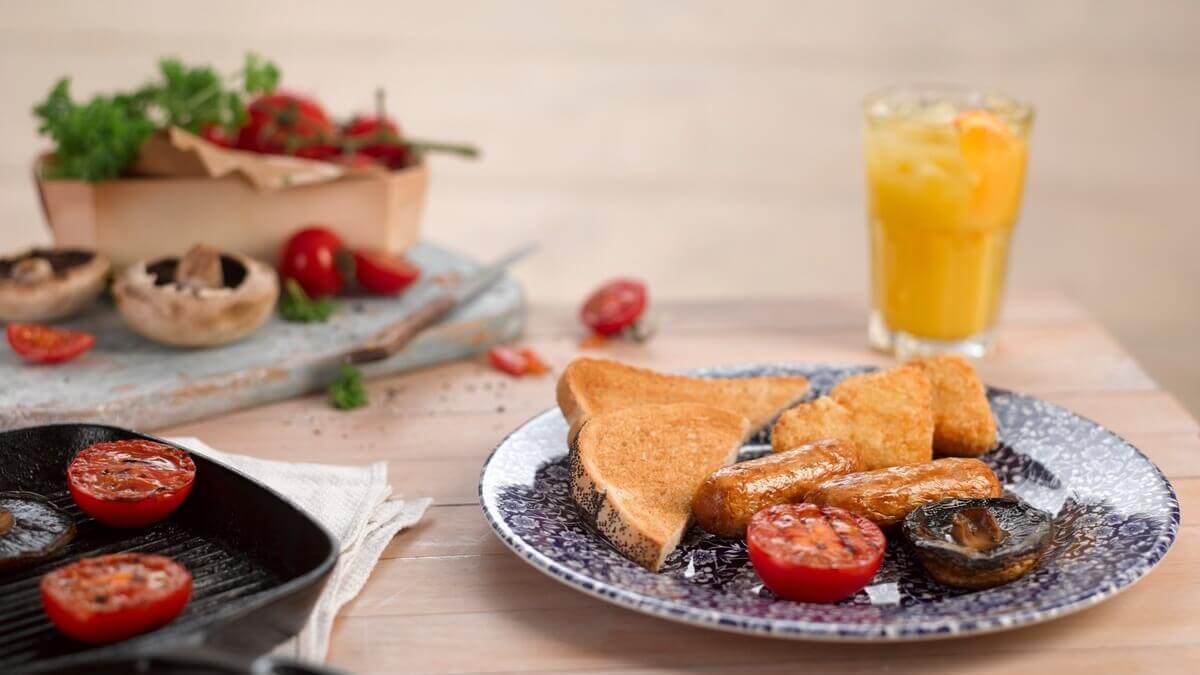 Those looking to reduce their meat consumption won’t be short of options when dining at JD Wetherspoon. The British pub company, which operates just short of 1,000 outlets across the United Kingdom, has once again upped its vegan and vegetarian food options.

Considered somewhat of a national treasure across the UK, JD Wetherspoon (or “Spoons” as it is colloquially known), is traditionally fond of its meat-heavy British meals. But as a growing amount of the British public alter their diets to include more plants and less animal products, many businesses (like Sainsbury’s, Waitrose, and Morrisons) are evolving to keep up with demand – and Spoons is no exception.

Who’d have thought Wetherspoons would have had such good vegan options ??

As well as these items, a new vegan breakfast is now available. Two hash browns, mushroom, tomato, and a slice of toast are all plated up for the meal, as well as two plant-based sausages from vegan and vegetarian meat brand Quorn. Quorn announced the collaboration online, writing, “We’re super excited to announce that you can now find our Quorn Vegan Best of British Sausages on the NEW JD Wetherspoon breakfast menu.”

The popularity of veganism and vegetarianism in the UK is more evident than ever. Data from earlier this year suggested that the number of Brits identifying as vegan has surged by 700 percent in the last two years alone. Further, research from April found that almost eight million people in the UK don’t eat meat.

But it’s not just vegans boosting plant-based food sales; research indicates that sales are actually driven mostly by meat-eaters looking for “something different.” Meat consumption, in general, could be on the decline. One recent study found that more than a quarter of Brits openly label themselves as “meat-reducers.”