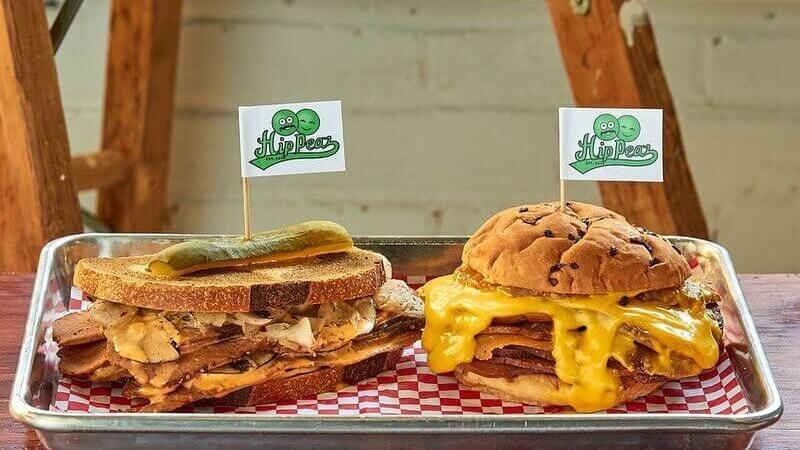 Hip Peaz Vegan Eats, a small vegan butcher store and restaurant that set up shop earlier this month in San Antonio, Texas, can barely keep up with customer demand.

Earlier this week, the company took to social media to explain the situation: “San Antonio, please be patient as we work to keep up with demand! We are bringing in help ASAP! We will work through the night to make sure we have product for you!”

While co-owners Leah Drones and Javier Balderas search for new employees to keep up with demand, the pair has continued to work at perfecting their offerings and developing new menu items, such as a vegan ham and cheese sandwich that was launched by the company this week.

Hip Peaz Vegan Eats opened earlier this year as a pop-up shop. While Drones and Balderas originally intended to steadily grow their home business throughout the year, their food was such a hit that six months later they landed a permanent spot at the vegan Munch On and Beyond Co-Op in San Antonio.

While housemade vegan meats such as deli slices of corned “beef” and “ham” are Hip Peaz’s specialty, the menu draws inspiration from both Drones’s and Balderas’s eclectic culinary backgrounds. Sushi burritos, housemade cucumber kimchi, dumplings, grits, and po’boys are also regularly featured on the menu.

Hip Peaz’s unexpected success is one example of what industry experts have pointed out: customers are slowly shifting away from meat and dairy and increasingly opting for vegan alternatives.