In the UK, dairy products are becoming more mainstream. Brits can now get vegan milk delivered straight to their doors and dairy-free cheese is popping up in fast-food chains like Pizza Hut. But what about edible spreadables like butter? Vegan butter options in the UK are on the rise.

According to FarmingUK, U.K. dairy farmers suffered a 50 percent reduction in profits from milk sales from 2018 to 2019. Last year, a report by Mintel found nearly a quarter of Brits are now opting for plant-based dairy products, including butter. 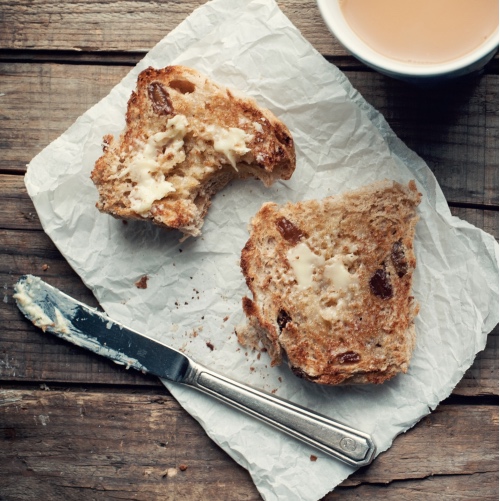 Traditional butter is made using milk that is derived from animals.

Butter is incredibly versatile in the kitchen. It is commonly used in cooking and baking; however, it is traditionally dairy-based. Butter is produced by churning milk or cream until the butterfat separates from the buttermilk, leaving behind a semi-solid state. It is usually made from cow’s milk, but it can also be made from the milk of other animals like goats and sheep.

For this reason, traditional butter is not considered vegan. Just like vegan milk and cheese products—vegan butter brands do exist and are readily available for purchase in online retailers and grocery outlets across the UK.

In lieu of dairy, vegan butter is typically made from various oils like sunflower oil, coconut oil, or olive oil. In this way, vegan butter more closely resembles margarine. It can also be made with other animal-free ingredients like nuts, almonds, or cashews; it all depends on the brand. (Many vegan spreads are made using palm oil, a controversial ingredient that has been linked to habitat destruction and deforestation. Some vegans may want to avoid purchasing vegan spreads that contain this ingredient.)

For those looking to indulge in a few generous slices of buttered bread with jam or crispy, golden toasties sans dairy—here are nine vegan butter brands that spread and taste just like the real thing! 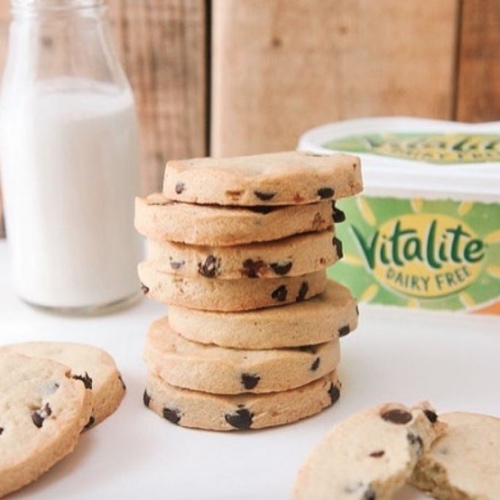 Whip it to perfection in a cake or slather it on a slice of toast—you can savor Vitalite’s dairy-free butter spread in just about anything!

The spread is made with a blend of sustainable oils and is gluten- and soya-free. The vegan butter is also a good source of Omega 3 and 6 and Vitamin E. It also contains 75 percent less saturated fat than traditional butter. 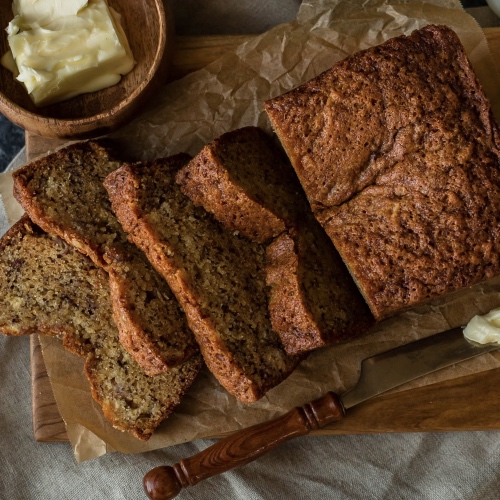 U.K. supermarket giant Tesco has its own brand of vegan butter. 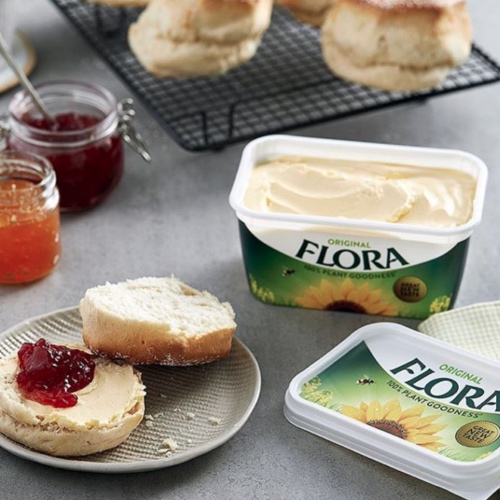 Made from a blend of sunflower and rapeseed oils, Flora’s dairy-free spread is delicious for cooking, baking, and spreading. Last year, Flora went 100 percent plant-based and removed dairy from its range.

The vegan spread contains 67 percent less saturated fat than butter and is gluten-free. It is available in four flavors: Original, Light, Buttery, and Dairy-Free. All four options are free of dairy ingredients; however, Original, Light, and Buttery flavors may contain trace amounts of milk due to the company’s supply chain. 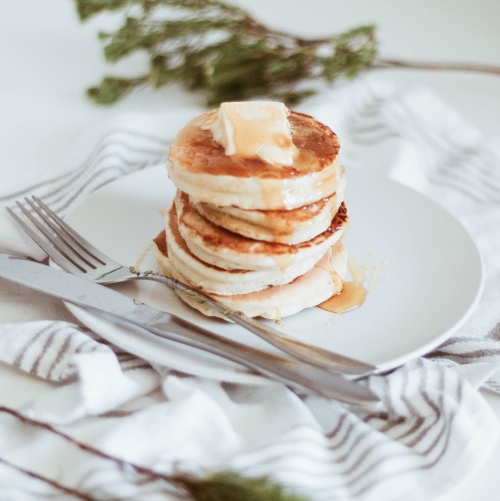 Asda’s olive and light olive spreads are both suitable for vegans.

Looking for a dairy-free butter to top a stack of delectable, flaky pancakes? British supermarket chain Asda sells its own range of non-dairy butter spreads that are free of animal-derived ingredients.

The chain’s olive spread and light olive spread are both suitable for vegans. They are also free of artificial colors, flavors, or hydrogenated fat. 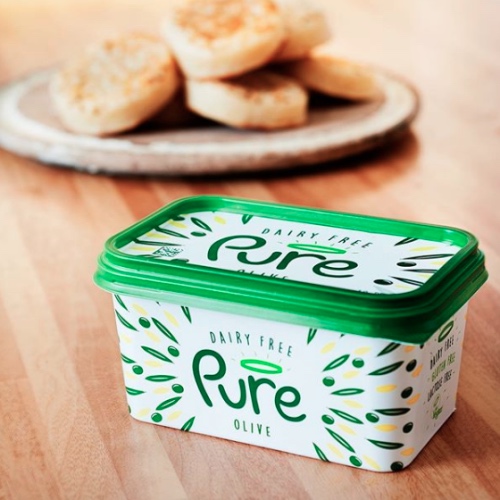 Pure’s range of dairy-free spreads includes a butter substitute for all of your culinary needs. Use the olive-, soya-, and sunflower-based spreads in a variety of ways, such as on toast or melted over vegetables. 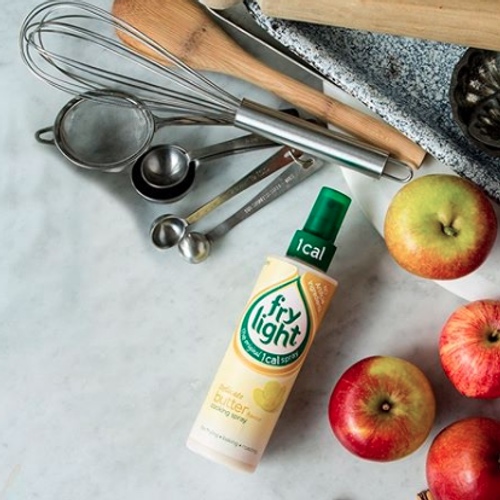 In need of a quick buttery spritz to coat your pan to make pancakes? Look no further than Frylight’s Butter Flavour cooking spray. Made with no artificial ingredients, the dairy-free butter spray contains only one calorie per spray.

Frylight’s cooking spray range includes Sunflower Oil, Avocado Oil, Garlic Oil and more. Frylight’s products are suitable for vegans and are available in all major supermarkets in the U.K. and Ireland. 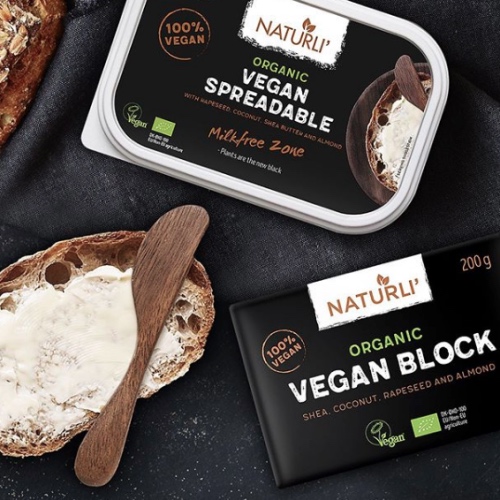 For a buttery spread on toast or a melt over sweetcorn—Naturli’s vegan spread and block butter are a must-have in the kitchen. Both types of butter are 100 percent vegan, certified organic, and do not contain palm oil. 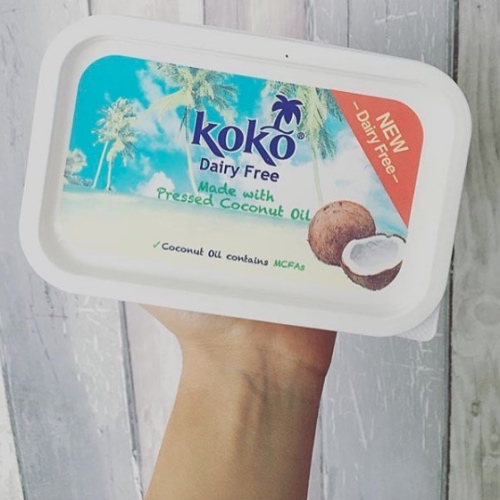 Koko’s dairy-free spread is made with pressed coconut oil. | Koko

Get creative in the kitchen with this creamy, spreadable vegan butter. Koko’s Dairy-Free Spread is free from all 14 major allergens like soya, gluten, GMOs, and nuts. It also doesn’t contain any artificial flavors, preservatives, and colors.

For those looking to reduce their fat intake, Koko’s spread has only half the saturated fat of dairy butter. It is also fortified with vitamins A, B12, D2, and E! 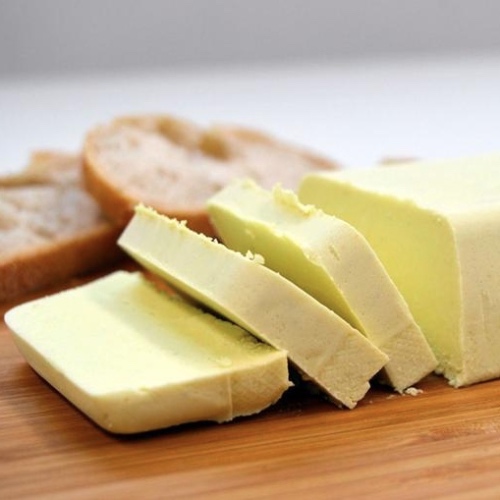