Did you know you can order a vegan Cadbury Creme Egg Frappuccino from Starbucks? It’s not an official drink, but it’s entirely possible — all you have to do is ask you barista for a custom order.

Starbucks Secret Menu is a site run by fans of the coffee giant. There, you’ll find all kinds of concoctions like the sweet Cotton Candy Frappuccino to one that supposedly tastes like Cap’n Crunch (which, by the way, is vegan). The Cadbury Creme Egg Frapp is one of these creations — and while the original recipe contains dairy, it can be made vegan. It’s a fine replacement until all Cadbury Creme Eggs are free from animal ingredients.

For all intents and purposes, this is how to order a grande vegan version. Start with a regular Java Chip Frapp with dairy-free milk — no java chips, no whipped cream. Ask for two pumps Frappuccuno Roast (a special blend of powdered coffee), one-and-a-half pumps vanilla syrup, half a pump caramel syrup (not the sauce, which contains dairy), and three scoops vanilla bean powder. The mocha drizzle is vegan, so have at it. 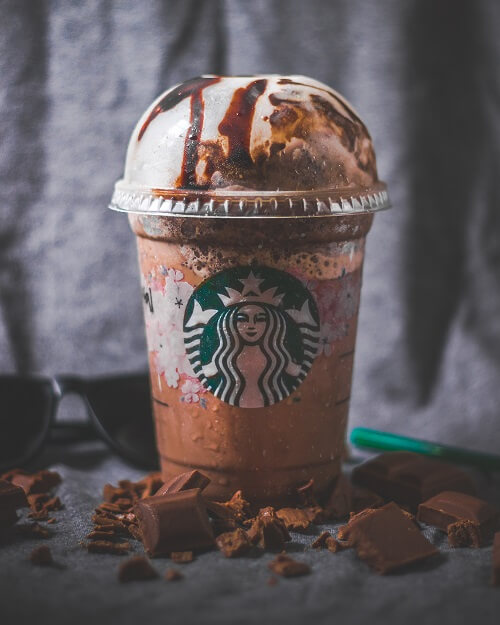 Starbucks has a pre-set menu, but you can create custom drinks all year round. Most of the clear syrups are vegan, including caramel, vanilla, hazelnut, and toffee nut, but sauces — which are typically drizzled atop dairy whipped cream — are not. The Mocha Sauce is the exception. Steer clear of the Cinnamon Dolce topping, which contains dairy.

In US Starbucks, you can find soy, almond, or coconut milk. The UK and most of Europe have oat milk, but the coffee giant is trialing it at a select few locations stateside, so a national rollout might be on the horizon. As for food, there are plenty of vegan options outside the US, like dairy-free mac and cheese, all-day breakfast burritos, butter cakes, and raspberry chocolate cake in the UK.

As with any drink from Starbucks Secret Menu, the Cadbury Creme Egg Frappuccino isn’t official. So be sure to have a list of ingredients ready for the barista when you order.