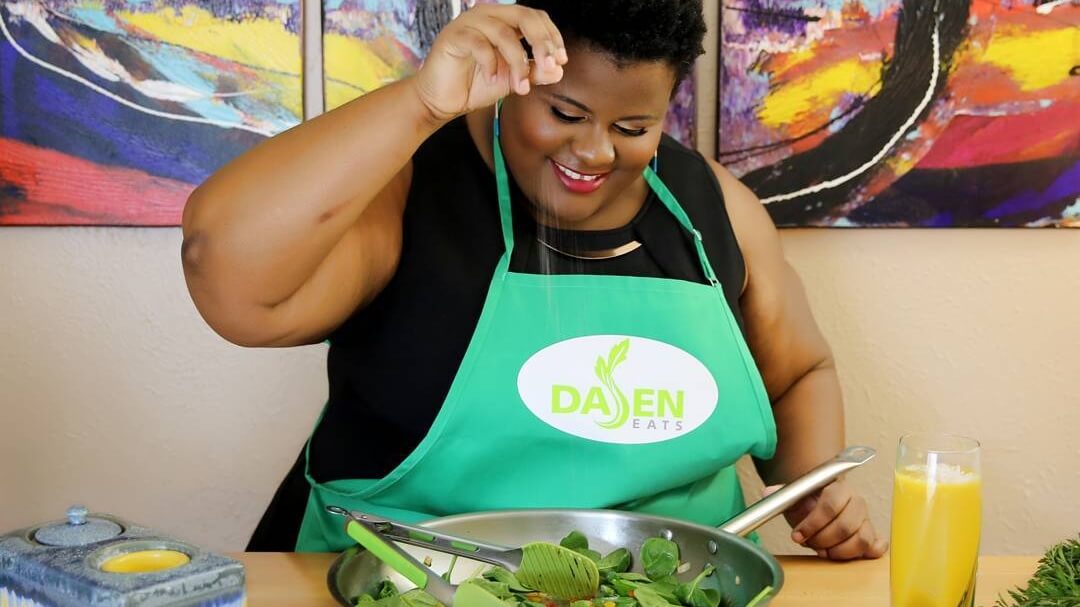 DaJen Eats, an Eatonville vegan cafe and creamery, has won the title of Best Caribbean Restaurant in Orlando, Florida. Run by founder and CEO Jenn Ross, the eatery started its journey in a humble gas station and is now based just three miles away in its own bricks and mortar store, on Kennedy Boulevard.

Originally from Jamaica, Ross arrived in the U.S. when she was 16 years old. During her college years, she found comfort away from home in experimental cooking, taking the time to also learn about food science to ensure her dishes were top notch. A vegan for the animals, Ross believes in compassionate dining and also runs a culinary school for both children and adults, helping others to realize the potential of plant-based ingredients.

Winning the award was an emotional time for the founder. She wrote on Instagram, “Thanks for the laughs, the encouraging word, and your understanding. [Winning best Caribbean restaurant] made this island girl weep like a baby today. I am so proud to represent my granny’s love expressions through food, replicating her down-home flavors in plant-powered ways. I am beyond grateful that you love our food.”

The view from where I’m standing, dahling. I loooove it. Do you? I think @shockmet and @kutz_by_roo knocked the mural out the park! Do you want to see it in person? How about we eat together and take pics by this fabulous mural in celebration of life, good food, dream-making, community, and compassion. You ready? AUGUST 1 – me you, our Irie team, fabulous food and great conversation. Let’s do it! We’ll announce the time soon but plan to spend your evening with us, dahling. Let’s eat in Eatonville soon! (My gawd, we’re finally able to graduate our “soonish” to “soon”. Wuut?!!)

The chef and restauranteur considers the new title as a victory for herself and her business, but she also views it as a wider recognition of how vegan food has not just become acceptable, but celebrated. “What a powerful nod to the vegan world when our vegan Caribbean food is simply considered ‘food,'” she exclaimed.

DaJen Eats serves authentic island staples, colorful salads and slaws, and a medley of dairy-free ice creams. The Jamaican Jerk Jackfruit Sliders and Honey Ginger Chipotle Cauliflower Bites are crowd favorites, and the inventive ice cream flavors like Roll Out the Red Velvet Cheesecake bring a smile to everyone.

Although DaJen Eats may have the best Carribean food, it is certainly not the only plant-based option in the city. Ross is a proud contributor of the growing vegan scene in Orlando.

In May, Voodoo Doughnut, an eccentric vegan-friendly doughnut chain, opened up in the city. Located on the Universal CityWalk, the cafe serves a variety of quirky plant-based treats including the “Old Dirty Bastard,” a yeasted donut topped with Oreo pieces, chocolate frosting, and peanut butter drizzle.