Leading American food service provider Aramark just updated its menu to include more plant-based food. In partnership with vegan meat brand Beyond Meat, Aramark will bring vegan burgers and sausages to schools, hospitals, and ballparks around the U.S.

The partnership could expose huge numbers of people to plant-based food. Aramark revealed in a press release that it aims to make 30 percent of its menu offerings vegan or vegetarian. Considering the food provider serves nearly 2 billion meals every year, this equates to around 60 million meat-free meals annually.

The partnership between Beyond Meat and Aramark will see hospitals serving a gumbo bowl with plant-based Beyond Sausage. Minute Maid Park in Houston will serve a Caribbean-inspired Beyond Burger with black beans, avocado, pineapple, and Sriracha. Kauffman Stadium in Kansas City will serve meat-free Beyond Sausages with fried shallots and Citi Field in Queens, New York, will offer vegan Beyond Sausage brats at a dedicated vegan stand.

The Move Away From Meat 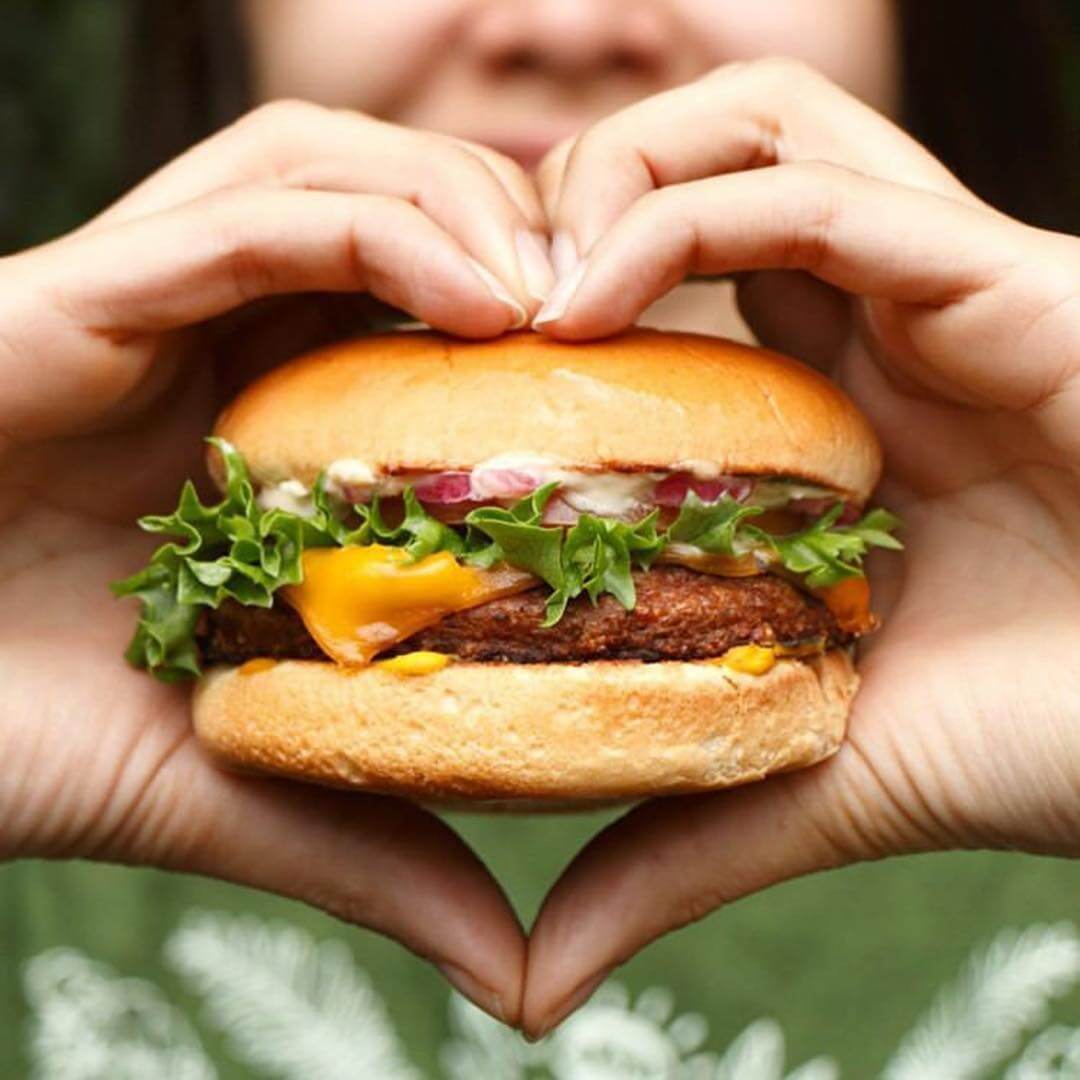 Beyond Meat’s vegan burgers will be available at ballparks around the U.S. | @earth_burger

The move helps Aramark better cater to the growing number of people seeking vegan and vegetarian options. Aramark data shows that 60 percent of consumers want to eat less meat, with 33 percent citing health reasons as their main motivator for doing so.

The new Beyond Meat dishes also align with Aramark’s vision of creating a more environmentally friendly menu. The food provider said it wants to reduce the amount of red meat in its recipes and create more than 200 new plant-based recipes in a bid to produce “climate-healthy menus.” Plant-based foods typically require far fewer resources to produce and generate less greenhouse gas emissions — which contribute to climate change — than meals featuring meat, dairy, and eggs.

“The trick for us is to develop and offer unique meatless options that taste great and appeal to consumers who might want to try something new and those who follow plant-forward diets,” Heidi Hogan, Aramark’s vice president of product development and culinary innovation, said in a statement. “Early on, we understood that consumer preferences were driving a need for quality plant-forward offerings and our culinary team has been working with a broad range of plant-based products, to create more enticing menu choices.”