LIVEKINDLY
Home Business The New Monopoly Is Accurate AF: Everyone Is Vegan and No One... 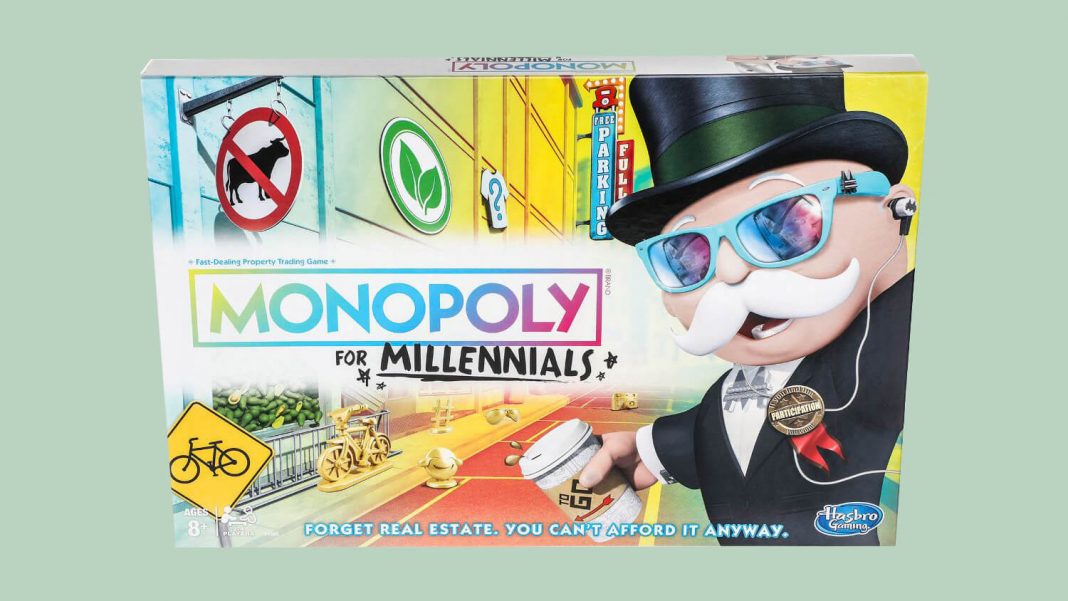 Boardgame and toy company Hasbro has launched the new “Monopoly for Millennials” where everyone is vegan and no-one can buy a house.

Millennials and Gen-Zers are leading the vegan movement around the world, with more and more young people taking note of the environmental, health, animal welfare issues associated with meat, and adjusting their lifestyles to match. In tune with this change in attitude, Hasbro’s Millennial Monopoly makeover includes a number of vegan-friendly updates.

Updates to the game include ditching real estate altogether – because, as Hasbro puts it, “you can’t afford it, anyway” – and replacing them with “experiences,” such as eating at a vegan bistro, visiting an animal rescue shelter, and attending a yoga and meditation retreat. One reward card even reads, “your side hustle of selling vegan candles has paid off.”

“Monopoly for Millennials” has created a bit of buzz in the media lately. I even saw Jimmy Fallon talk about it last night. Some even don’t seem to even believe it’s a real product. I was asked to do the cover for this game, and had great fun doing it. Most of the most time consuming work got hidden on the final product, so I wanted to show both versions here, for anyone interested ? #boardgame #monopoly #Millennials #monopolyformillennials #tabletop #geek #digitalart #brettspiel #hasbro #boardgamegeek

Even the games mascot Rich Uncle Pennybags has had a “Millennial”-style makeover, with earbuds, sunglasses, a disposable coffee cup, and even a gold medal for “participation.” To start off play, the person with the highest student loan goes first.

But not all of Hasbro’s target audience are impressed with the game’s new edition. One Twitter user recently posted, “Played Monopoly for Millennials last night and I was a bit taken aback. The instructions pretty much read like this…Money can’t always buy you a great time, which is great because as a Millennial you don’t have any! It’s all about experiences, which you buy instead of property.”

The Monopoly team, though, maintain that it’s all just a bit of fun.

Speaking to the Independent, one Hasbro spokesperson said, “We created Monopoly for Millennials to provide fans with a lighthearted game that allows Millennials to take a break real life and laugh at the relatable experiences and labels that can sometimes be placed on them.”

They added that most of those who designed the game were actually Millenials themselves, looking to make light of the “silly generalizations that young Millennials can face.”

“Whether you are a lifestyle vlogger, emoji lover or you make your ‘side hustle’ selling vegan candles,” notes Hasbro, “Monopoly for Millennials is for you!”

The new game is available from Walmart and Amazon.