Buying a vegan-friendly, environmentally-friendly car is not an easy task; unfortunately, we do not live in a world where the perfect cruelty-free eco-friendly design exists.

However, there are ways to make buying a car a little more ethical. This guide looks at the types of cars currently on the market, what you can do to “veganize” a car once you’ve bought it, and what the future of the automotive industry might bring.

The short answer is not really, no. According to Arnold Clark, a new and used car company, “When you begin to understand that animal fats are used in the production of steel and rubber among many other components used in car manufacturing, you realize that it is currently almost impossible to buy a car that is 100% vegan-friendly.”

But this doesn’t necessarily mean you should ban yourself from ever getting in one again. Keep in mind the definition of veganism, which says you should seek to exclude animal products from your life as far as is “possible and practical.”

For most of us, it’s simply neither possible nor practical to avoid cars for the rest of our lives, we all need to get from A to B and public transport is not a practical option for everybody. However, what you can do is look for a car that minimizes your impact on the animals and the environment.

What Are the Most Vegan-Friendly Types of Cars?

When seeking to be as ethical as possible in buying a new car, there are a few designs you could consider. Here are nine top cruelty-free, eco-friendly cars which are either already on the market or are set to arrive in the next few years.

Renault’s Twizy looks sort of like a little two-seater go-kart, if that’s what you’re into. Like the brand says, “[it’s] unlike anything else on the road today.”

The design is 100 percent electric with zero emissions, and the plastic interior is leather-free. According to Arnold Clark, “The lightweight steel chassis is encased in a plastic frame, meaning the steel use is kept to a minimum.”

The Prius is probably the first car that comes to mind when you think eco-friendly. It’s gained a reputation for itself in the electric vehicle world, and for good reason. According to What Car, with every generation of the Prius, Toyota just gets better.

It notes, “no longer do you have to sacrifice the great driving dynamics of conventional rivals such as the Ford Focus and Volkswagen Golf just to have those tax-friendly CO2 emissions.”

Nissan’s Leaf, the best-selling electric car in Europe, is a great option for those looking for a more vegan-friendly design, according to Buy a Car. It’s also family-friendly and relatively affordable, it notes.

“It has the best range in class, is quiet and comfortable plus, being electric, it’s surprisingly fast,” says Buy a Car. “The Leaf can be specified without leather seats, steering wheel, and gearshift (mostly because the gearshift is a metal switch) which is great for vegans.”

According to Drive, the BMW i3 is pretty cruelty-free, and it’s one of the most environmentally-friendly cars you can buy at the moment. Twenty-five percent of the plastic used in the vehicle is recycled, and the seat fabric is all made from recycled materials.

“This is an initiative that not a lot of other manufacturers are implementing,” says Drive. “It definitely separates companies dedicated to reducing their carbon footprint from that that aren’t.”

Tesla — another major pioneer of the electric vehicle world — offers the Model X, which according to the brand, is the “safest, quickest, most capable SUV ever.” Vegan leather is available for the interior seat covers, and all in all, it’s a pretty stylish design, according to Drive. The publication notes, “The Model X shows that the future of cruelty-free cars is also surprisingly luxurious.”

Set to debut this year, the Fisker Emotion, created by former BMW designer Henry Fisker, is one for those who are really looking to impress.

The all-electric vehicle is similar to the Tesla X, according to Alphr. It notes, “The Fisker Emotion, tipped for a release in 2019, is reportedly able to cover a minimum of 400 miles on a single charge, topping out at 161mph.” According to Drive Tribe, Fisker is a vegan and designed the interior of his car to match.

Like the X, Tesla’s soft-top super sleek S model is also vegan-friendly. According to Drive Tribe, Tesla’s cars are vegan-friendly because CEO Elon Musk sees no need for animals to be used in the car manufacturing process.

The car — which the company hopes will be available in the next few years — features a futuristic design, kind of like a “magic carpet,” with a flat floor and no “B Pillar” between the side windows.

“This is a progression,” said Giovanny Arroba, the program design director at Nissan. “This is a step forward. We’re looking at this for 2022 and beyond.”

He added, “We wanted to get a premium [feel], and that’s usually always leather. We captured that, I think with a synthetic version. We’re going into the realm of vegan leather and synthetics, but celebrating it and making it cool.”

The new five-door vehicle from the company’s subsidiary Polestar, named the Polestar 2, is set to be available from 2020 onwards. Equipped with a 78 kWh battery pack, the car can accelerate from zero to 60mph in under five seconds.

According to Tesla news and reviews site Teslaratti, the Polestar 2 — along with the Tesla 3, another vegan-friendly electric offering from the company — is going to help transform the automotive market, transitioning consumers away from fuel-powered cars.

“It should be noted that the Polestar 2 is something more than a competitor for the Model 3,” noted Teslaratti. “It is a well-rounded vehicle produced by an experienced carmaker that is unashamedly electric; and this, it is more of a threat to gasoline-powered cars than it is to other EV’s on the market.”

The Polestar 2 isn’t just making waves in the automotive industry, it has also received praise from the animal rights organization PETA (People for the Ethical Treatment of Animals).

The group has even honored Polestar with a Compassionate Business Award after the car company acknowledged the impact that leather production has on the environment at the Polestar 2 launch.

“Our commitment to the protection of the environment does not only include the electric drive,” said Thomas Ingenlath, the CEO of Polestar, in a statement. “With the Polestar 2, we have now also developed an interior design that promotes and accelerates the conversion of the automotive industry to a leather-free interior.”

Yvonne Taylor, the Director of Corporate Projects at PETA UK, added, “Not only does the leather industry poison our earth, but it’s also responsible for the immense suffering of cows.”

“The innovative interior of the Polestar 2 will appeal to ethically responsible and environmentally conscious consumers,” she continued. “PETA is looking forward to the day [when vegan leather] will be the first choice of the animal-free materials for all car manufacturers.”

Ford recently announced it too will launch into both the electric and vegan car markets, updating its iconic Bronco SUV to the demands of the modern consumer.

But don’t expect to see them everywhere. According to Ford, the auto company will only release 150 of the cars, made in Los Angeles by local design studio Zero Labs.

The vegan EVs will be based on the company’s popular 1966-77 Bronco model and feature a carbon fiber body, walnut and bamboo interior paneling, and the option for vegan seat coverings. The new SUV will have 400 times more horsepower than its predecessor.

“We realize, this isn’t for everyone,” says the studio’s website. “That’s OK because we could never make enough for everyone.”

Luxury car manufacturer Bentley recently unveiled a new electric car concept, the EXP GT, in honor of its 100-year anniversary. It’s not currently on the market, but serves as a representation of what kind of cars Bentley intends to offer in the future. The two-door concept car — with self-driving capabilities — features sustainable materials, including vegan leather made from grape skins.

How Can You Make Your Car More Cruelty-Free?

Buying a brand new car is not an option for everybody, or maybe you’ve already bought a car that isn’t so vegan-friendly, but you want to make an effort to make it more ethical. Maybe you’re buying a second-hand car and you don’t have much control over the materials already inside. If this is you, don’t worry! There are things you can do to veganize your car.

Another way to veganize your car is to change the seat covers to a cruelty-free material. The Seat Surgeons offer a synthetic material called Tekko for ethical consumers who don’t want to use leather in the interior of their vehicle. According to the company, Tekko has all the “durability, texture, and color finishes of actual leather, without using production methods that you may be uncomfortable with.”

It continues, “Our Tekko products are ideal for vegans looking to reupholster their vehicle, as well as offering the wider public a cost-effective alternative to leather. This faux leather can be applied to single seat covers, or bought as the full package for your interiors.”

Need to get your tires changed? There are actually some vegan options on the market. Many tires are not vegan because they are made with stearic acid, which can be derived from animal products. But it doesn’t have to be and there are some tire manufacturers who don’t use animal-based stearic acid. The most well-known brand that doesn’t use animal-derived products to make its tires is Michelin. The manufacturer offers a large range of tire varieties, all of which are vegan.

4. Use Vegan, Cruelty-Free Products to Clean It

It’s easier to control what products you use on your car sometimes than it is to control which materials are used to make it. Consider using a cruelty-free BioKleen telescopic fountain brush or some CitraClear Window and Glass Cleaner.

Alternatively, you could consider making your own vegan cleaning solution. “Mix together half a cup of Borax with one teaspoon of any vegetable based soap and half a bucket of hot water. Sponge over the interior and leave to dry,” says Arnold Clark. “The same can be done with the exterior — just remember to hose it off for a streak-free, shiny finish.”

It continues, “If you cloth seats need a freshen up, try sprinkling ground, dry green tea leaves on to the fabric. Leave for 10 minutes and vacuum away.”

Which Cars Can Be Easily Made Vegan-Friendly?

According to PETA, these cars can be easily customized with leather-free seats, gear sticks, and steering wheel covers: 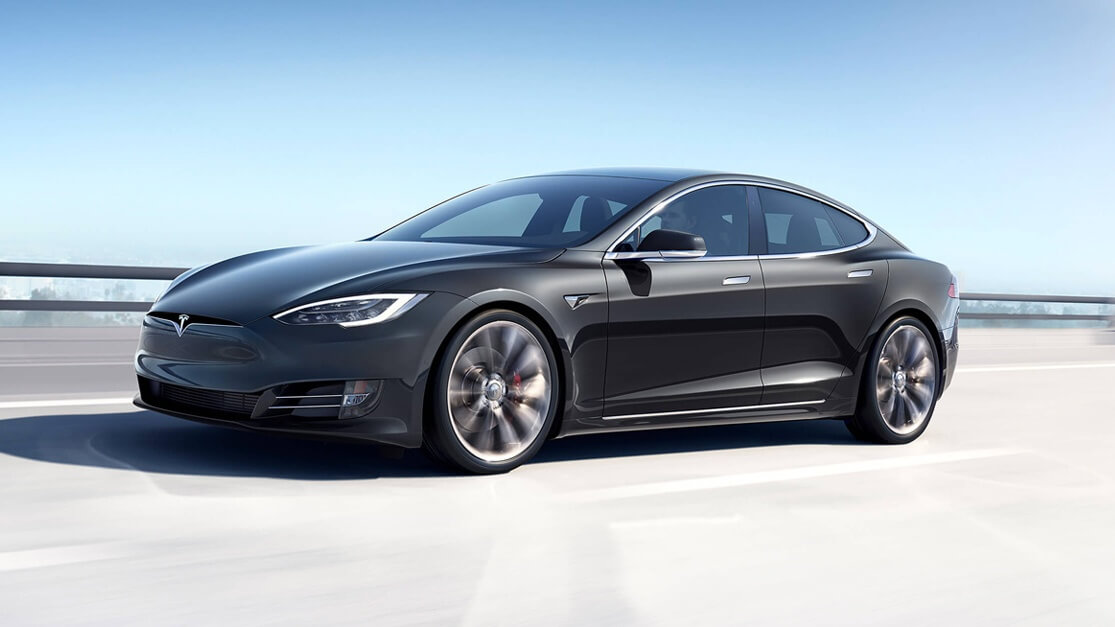