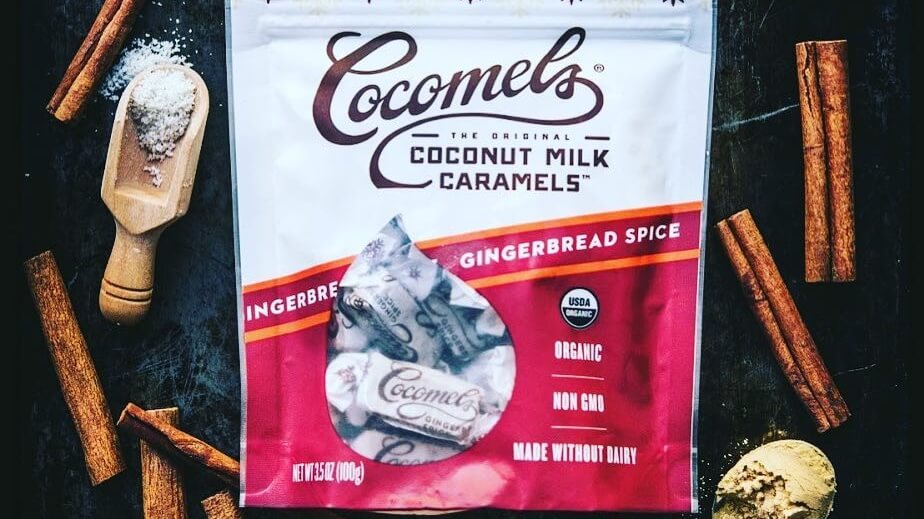 Vegan candy company JJ’s Sweets, the maker of Cocomels, a dairy-free caramel made from coconut milk, has announced the launch of its new flavors for the holiday season.

Company CEO and founder JJ Rademaekers took to social media earlier this week to announce the arrival at the Target store in Boulder, Colorado, where the company is headquartered: “This is the first time they’ve come to the marketplace. I’m super excited to come out and talk to people, sample them, get some feedback…”

Rademaeker went on to describe the two vegan holiday candies: Cinnamon Spice Cocomel Bites, a spiced dairy-free caramel enrobed in chocolate, and Gingerbread Spice caramels. He added that the new Cocomel flavors are available in other local Target stores, including Longmont, Superior, Glendale, and Fort Collins, and will be available on Amazon within the next 10 days.

Yay! Our new holiday flavors are in five CO @target stores with more coming soon. We’re in Boulder, Longmont, Superior, Glendale, and Fort Collins, CO Target stores. if you’re craving a chance to try them you will be able to order them on @amazon in the next 10 days. We’ll let you know as soon as they are live but you can taste them today if you’re in Boulder, CO! #target #targetfinds #vegan #veganhalloween #vegancandy #caramel #newattarget

According to the website, the idea for Cocomels came to Rademaeker in an imaginative dream in 2009, where a “Willy Wonka-ish” character created candies inspired by tradition that were not only delicious, but also healthy. The former scientist and musician put his analytical mind to the test and began crafting his own healthy candies made from organic, sustainable ingredients. He began selling his dairy-free creations at a Boulder farmer’s market, where it was a hit with the locals

The vegan caramels also proved to be a hit beyond its hometown – the vegan caramels are now offered by more than 2,000 retailers across the nation, including Target, Whole Foods Market, and Bed Bath & Beyond. It is also available through online retailers like Amazon and Thrive Market.

Cocomels are made from organic coconut milk, organic brown rice syrup, and organic cane sugar, with additional ingredients for each flavor. The candies are always vegan, Kosher, and made from non-GMO ingredients. The classic caramels are available in four flavors and the brand offers chocolate-covered varieties as well. Cocomels have been featured in “O, The Oprah Magazine,” and won the 2016 Good Food Award in the confections category.