Craving a strip (or three!) of delicious vegan bacon but don’t have any tempeh or tofu on hand to make it? Well, if you’ve got a bag of carrots in your refrigerator, you’re in luck!

“I honestly can’t remember [how I came up with the recipe]. I’ve been making it for like a year. And I love exploring things in my air fryer, so I had to try it,” Brown told LIVEKINDLY.

Brown says the crunchy, carrot bacon strips taste just like the real thing. “[The taste is] similar to turkey bacon. [It’s] thinly sliced, but still a carrot if that makes sense. It holds it’s own pretty good,” Brown said. She continued, “I love it on a wrap, [or] in a sandwich like a BLT with avocado and pickles!“

In addition to carrots, plant-based bacon can be made from a number of fruits and vegetables. “Zucchini, mushrooms, and eggplant are all great bacon substitutes,” Brown explained. A number of companies—including Outstanding Foods with its Pig Out Pigless Bacon Chips—are making bacon from mushrooms. Banana peels and parsnips can also be used to make vegan bacon. 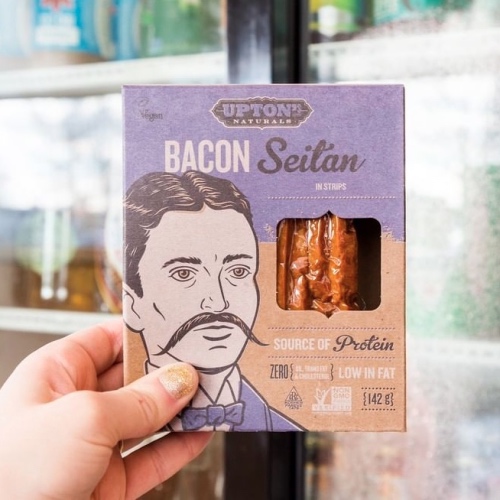 There are a number of vegan bacon brands on the market. | Upton’s Naturals

There are also a variety of plant-based bacon brands now on the market for those looking to reduce their meat intake. Smart Bacon by Lightlife is a house favorite, super crunchy,” Brown said.

Each slice of Lightlife’s soy-based Smart Bacon contains two grams of protein with no cholesterol. Tofurkey also sells plant-based bacon. Its Treehouse Tempeh Smoky Maple Bacon Marinated Strips are an excellent source of protein and fiber. They also stack up well to pork bacon because they are low in fat and contain no cholesterol. 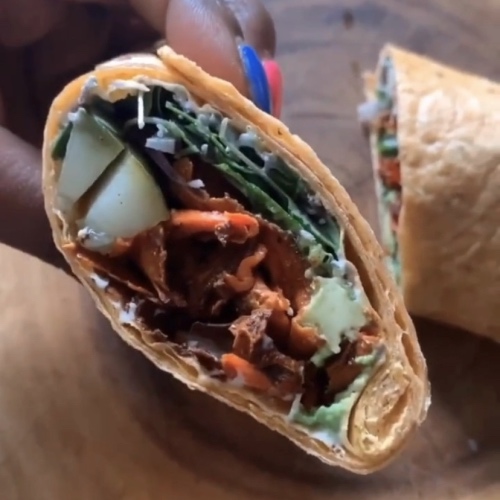 The average American consumes approximately 18 pounds of bacon each year. But how healthy is bacon, really?

Approximately 68 percent of bacon’s calories come from fat. About half of this amount is saturated fat. While the topic of whether or not saturated fats are unhealthy is rather controversial—the American Heart Association has recommended limiting the intake of saturated fats. Some studies have linked the heavy consumption of saturated fats to an increase in heart disease rates and obesity.

The American Institute for Cancer Research (AICR) seconded the report’s findings. “For years AICR has been recommending that individuals reduce the amount of beef, pork, lamb and other red meats in their diets and avoid processed meats like bacon, sausage, and hot dogs,” Susan Higginbotham, a registered dietician for the AICR, said in a statement. The AICR “estimates that half of colorectal cancers could be prevented” if people reduced their consumption of meat, ate a healthy diet, and were physically active.

For those looking for a more healthy, plant-based bacon option to make at home, carrot bacon is a terrific choice! Here are five carrot bacon recipes that taste and crunch just like the real thing.

Viral TikTok star Tabitha Brown’s carrot bacon is packed with flavor. After shaving the carrots into thin slices, Brown marinates the strips for two minutes in a mixture of seasoning, which includes liquid smoke, maple syrup, garlic powder, smoked paprika, and onion powder. Pop the seasoned strips into an air fryer (or oven) on 380 for five minutes for bacon that tastes so good you’d swear it’s the real thing. 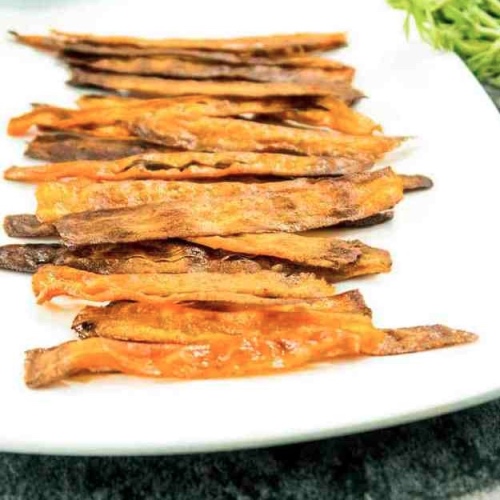 In addition to being vegan and gluten-free, this oven-baked crispy carrot bacon recipe can be whipped together in under ten minutes! The plant-based bacon strips feature a “smoky, slightly sweet” flavor from smoked paprika and coconut amino acids. Plus, these bacon strips can be made extra crispy! Chop the strips up and throw them on top of a loaded, green salad or serve them as a BLT between two slices of bread. 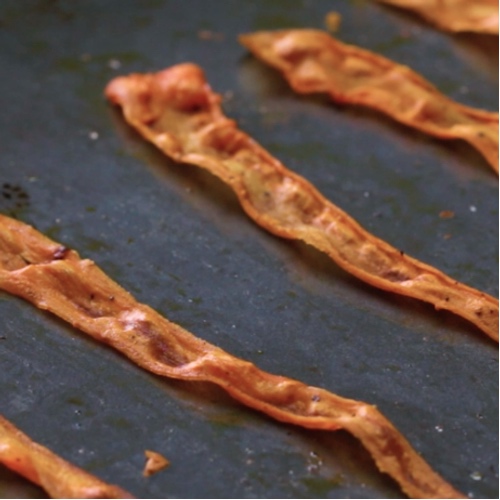 This carrot bacon recipe is easy to make. | Tasty

This oven-baked carrot bacon recipe is super simple to make. It features only four ingredients: carrots, olive oil, salt, and pepper. The crispy plant-based bacon strips can be baked and ready to eat in under 20 minutes! 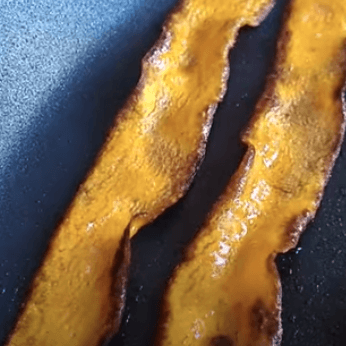 If you don’t want to bake your carrots in the oven, try this fried carrot bacon recipe. The ingredients list is incredibly short; it only requires three large carrots, oil, liquid smoke, and salt. Throw the tasty, crispy plant-based strips between two slices of bread with tomato, vegan mayo, and lettuce for a delicious, cruelty-free BLT. 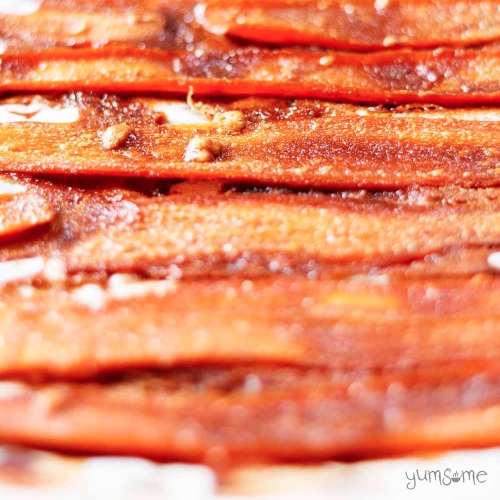 For another rendition of the popular baked carrot bacon recipe, try this making these dehydrated carrot bacon strips. Simply peel the carrots, marinate and season them, and then throw them in the dehydrator on 150ºF for 12 hours. This recipe does take a while to cook, so make sure you start it early!