Wellness brand Not Pot just launched daily cannabidiol (CBD) gummies that are vegan and shaped like polar bears. As well as promoting optimum health, the product intends to address issues around cannabis in the criminal justice system.

With the help of cannabis researchers and scientists, Not Pot used CBD to create a safe and effective product that helps keep the body’s endocannabinoid system healthy. The endocannabinoid system works to manage mood, pain, appetite, sleep, stress, metabolism, and immune function. CBD is a non-psychoactive, so it won’t make you high, but it can still deliver anti-inflammatory, anti-anxiety, and neuroprotective effects, according to Not Pot’s website.

Each jar consists of 30 polar bear-shaped gummies that contain 10 milligrams of proprietary full-spectrum hemp extract each. Unlike a large amount of gummies and candies, Not Pot’s do not contain gelatin, an ingredient derived from the skin, tendons, and bones of animals. There are a growing number of vegan gelatin alternatives available, making it easier than ever to avoid the animal product. 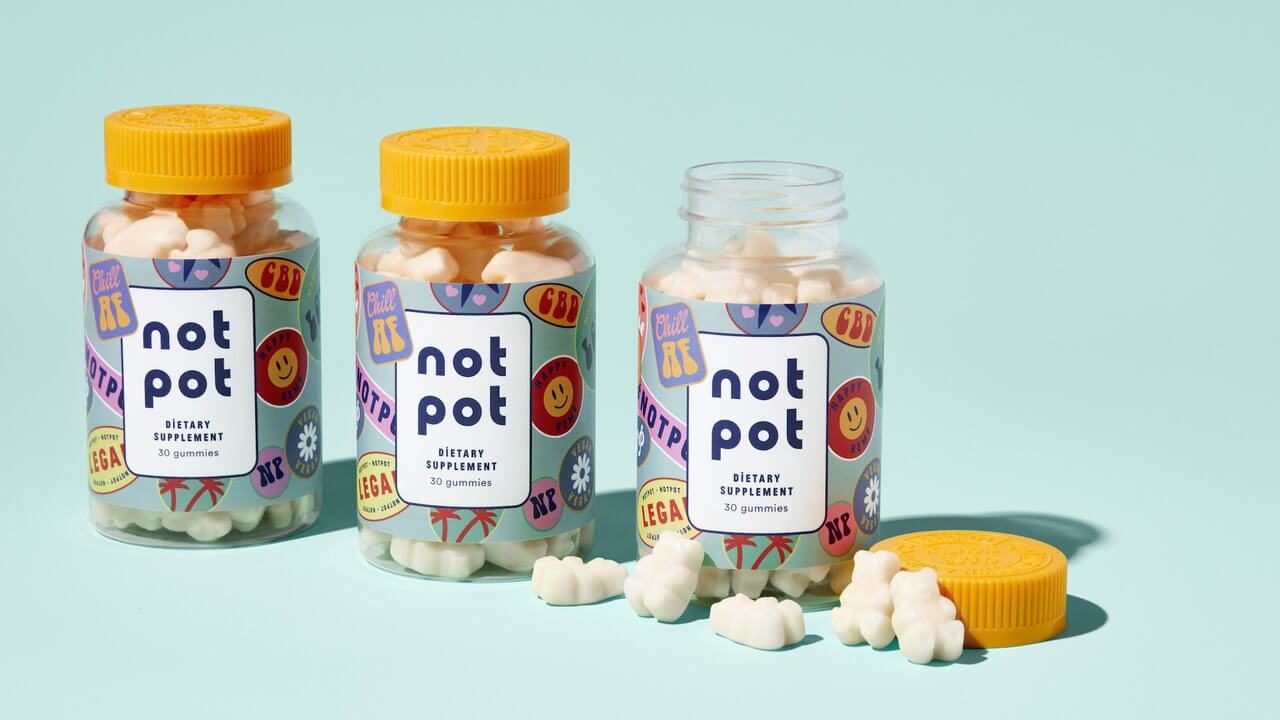 Not Pot’s plant-based CBD gummies also aim to address injustice in the criminal system. On its website, Not Pot explains that the enforcement of cannabis laws highlights some of the United States justice system’s “starkest racial disparities.” Not Pot points out that whilst cannabis is used equally among Black and white Americans, Black Americans are nearly four times more likely to be arrested for possession.

Even more troubling, after cannabis was legalized in Colorado, the arrest rates for Black and Hispanic young people increased by more than 50 percent while arrests of white young people declined by 10 percent.

From “slavery to the war on drugs, American systems have attempted to control and imprison men and women from marginalized communities,” Not Pot writes.

Not Pot is donating some of its profits to The Bail Project, an organization that fights mass incarceration by providing a national revolving bail fund. On average, 450,000 people sit in local jails every night without a conviction purely because they can’t afford bail. Not Pot will pay the bail of one person in need every month. While the contribution is “seemingly simple, we believe that paying even one person’s bail represents a bigger act of resistance against criminal injustice,” Not Pot writes, also highlighting that even one night in jail can interfere with a person’s job, home, and custody of their children.

The brand acknowledges that they cannot restructure the criminal justice system immediately – “it’s complex, sensitive, and rooted in years of racial and gender bias.” However, Not Pot says it is optimistic about a “future in which policies are led by compassion and health instead of social or political agendas.”