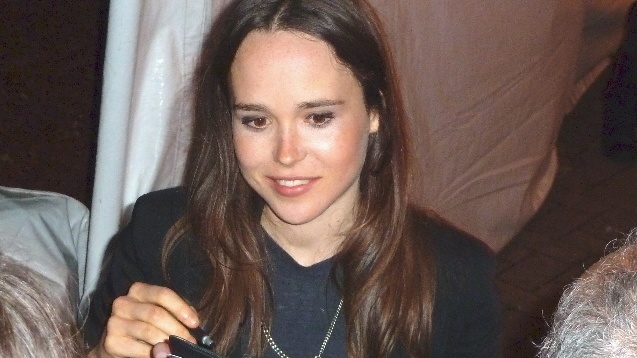 Page took on the role of Rick Blaine, played by film legend Humprey Bogart. Kiersey Clemons starred as the character’s old flame Ilsa, originally played by Ingrid Bergman. The film – widely regarded as telling one of the greatest love stories of all time – is now recognized as a product of its time, heavily dominated by male characters.

Actor and model Indya Moore also appeared in the retelling – which turns the film’s previous male emphasis on its head – alongside Olivia Wilde, Emily Hampshire, and Hannah Gadsby.

With its mostly queer cast, the live reading – which took place at the Ace Theatre in Los Angeles – also aimed to benefit LGBTQ+ activism. Proceeds from the play were donated to the Astraea Lesbian Foundation for Justice, an international US-based charitable foundation focused on LGBTQ+ issues.

According to Page and Moore, both queer actors, LGBTQ+ representation in Hollywood is improving, but it still has a way to go.

“Hollywood is listening,” Moore recently told Out Magazine. “I think they are also grasping that differentiation and diversity sells. The more people that get to see themselves in the intersections of human experiences, the more people can relate and empathize.” Page agreed, noting, “Things have changed, absolutely, but nowhere near enough.”

She added that there’s a gap in Hollywood, with space for more classic films like Casablanca to be reconfigured through a queer lens, as well as original queer stories. “It could be done in so many beautiful, amazing ways. That would be an amazing thing to see,” she noted.

Page is as passionate about LGBTQ+ rights as she is about veganism, winning the title of “Sexiest Vegetarian/Vegan Celebrity” from animal rights organization PETA in 2014. In the past, she has used social media as a platform to discuss animal rights and raise awareness about the realities of animal agriculture.

In 2011, she poignantly asked on Twitter, “Why are vegans made fun of while the inhumane factory farming process regards animals and the natural world merely as commodities to be exploited for profit?” To this day, the quote is still circulated and repeated by vegans and animal lovers across social media platforms.