Rumors of Cyrus’ involvement in the fifth season first emerged last December. The new trailer, which dropped today, confirms her involvement. In the episode, Cyrus appears to be a rising pop star encouraged to reach new heights in her career by a talking robotic doll. Going by how the majority of the show’s episodes have a less-than-happy ending, it’s likely the doll is malevolent.

According to Sky News, the singer appeared to confirm the cameo rumor during an interview on “The Howard Stern Show” late last year. When asked about “Black Mirror,” Cyrus did not explicitly confirm her role but said tellingly, “If you guess it, then I will shake my head ‘yes.'” She added, “I’m really actually excited for everyone to watch the ‘headshaking project’ we said yes to.”

Although Cyrus says she’s normally critical of her acting performances – the star made her name in the Disney Channel series “Hannah Montana” and has since appeared in films such as 2010’s “The Last Song” and 2012’s “LOL” – she was pleased with her performance in the episode. She told Stern, “[It was] the first time I’ve left somewhere feeling really proud of my work.”

Named after the “screen that rules our lives,” “Black Mirror” is known for its unique, satirical, and sometimes uncomfortable insight of the modern world, through the medium of sci-fi and occasionally horror.

Shining a light on social justice and political issues is a concept Cyrus is familiar with. Her recent hit “Nothing Breaks Like a Heart,” a collaboration with vegetarian DJ Mark Ronson, is nothing short of politically charged.

The song’s music video is packed with references to current social justice issues, with everything from footballers taking a knee – a reference to NFL player Colin Kaepernick, who famously took a knee in protest against the American national anthem over the oppression of minorities – to kids shooting guns.

Cyrus is also outspoken on matters of animal rights and veganism and in recent months, has made it her mission to show fans that it’s possible to look fashionable without animal cruelty. The star even won over leading fashion magazine Vogue with her latest looks, which included vegan leather boots and faux fur coats. The publication said that her outfits were “forward-looking” and more than just a “celebrity style moment.”

Considering Cyrus’ involvement in “Black Mirror” and the fact that other media has included veganism in their dystopian futures, it’s possible the popular Netflix series will nod to the vegan movement, too. Sci-fi Netflix series “Travelers” studies consciousness and looks at the relationship humankind has with other species. Fittingly, it depicts a world “many” centuries in the future in which everyone is vegan.

The 1993 sci-fi film “Demolition Man” also hints at veganism. In the movie, the only remaining franchise is Taco Bell and it now serves futuristic, plant-based food like deconstructed tacos. At last year’s San Diego Comic-Con, a Taco Bell pop-up restaurant themed after the film made an appearance.

The “Star Trek” series also made some veg-forward predictions about humankind’s eating habits and many of them have since come true, including the raw vegan food trend and slaughter-free clean meat.

Even Elon Musk, the CEO of Tesla and SpaceX, believes the future is vegan. Musk said that the first colonies living on Mars will follow a plant-based diet.

The fifth season of “Black Mirror” premiers on Netflix on June 15 and will have three episodes. 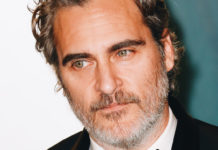