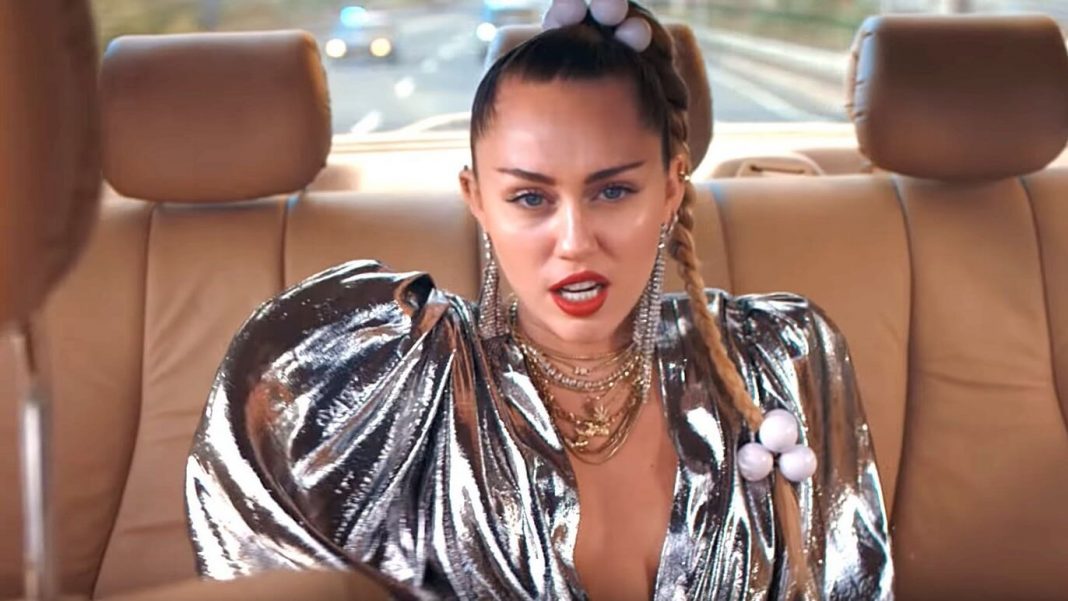 The song, “Nothing Breaks Like a Heart,” is Cyrus’s first collaboration with British musician Mark Ronson, who features in the video alongside the award-winning pop star. Cyrus broke her four-month social media hiatus to announce the video.

The song is a pop tune with a country twang and features cops in pursuit of Cyrus as she speeds down the highway, singing while clad in a metallic bodysuit. Fans holding signs in support of the star, construction workers holding American flags, nuns, and football players taking a knee, line the road as Cyrus sings about the harshness of the world.

But, as the title of the song says and the singer croons, “nothing breaks like a heart.”

The video itself is packed with allusions to social and political issues that Cyrus has become more vocal about throughout the course of her career.

The football players are a nod to social justice activist, vegan, and former NFL player Colin Kaepernick. There’s even an interesting call-out to consumer culture, with the appearance of a big-box-style store called “Why Buy?” The nuns and priests in the exotic dancing club are likely a reference to the Catholic church.

A helicopter armed with a machine gun (and later in the video, a bullet misses her by inches) in pursuit of Cyrus is decked out with photos of the star, possibly calling out the polarizing treatment by the media, that seems to love pop culture yet revel in the destruction of female celebrities.

The metaphor is made more obvious toward the end when the star loses control of her car while being chased by fans and police. The music video concludes with Cyrus standing in front of the car, her arms stretched out in a symbolic crucifixion.

Cyrus frequently uses her platform to speak out not only about political issues, but also about veganism. Beyond her plant-based food choices, she is an avid proponent of animal-free fashion and a fierce supporter of pet adoption.