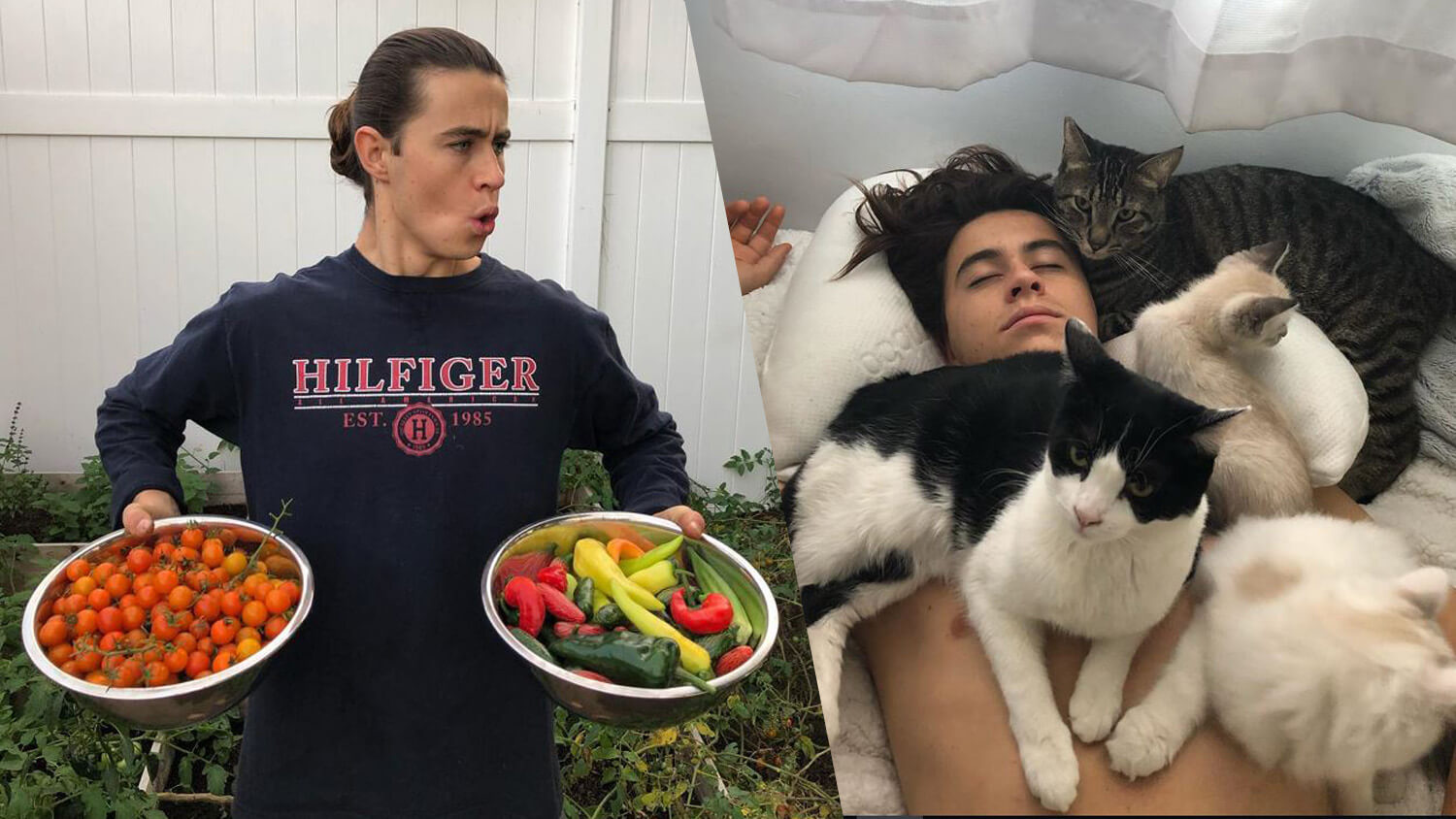 Vegan internet personality Nash Grier, best known for his Vine videos, has urged fans to give up meat and dairy once a week in order to save the planet.

In a Twitter post, the American Vine star wrote, “Vegan or not you can still help the environment.” He suggested that people “Buy local, support small businesses/organic farming, swap plastic for reusable materials” and, he urged, “cut out meat/dairy once a week.”

He then stressed the importance of making these small changes, adding “Every little thing we do has some sort of impact – it’s beyond time to start acting like it.”

Grier boasts a substantial social media following, with more than 7 million followers on Twitter and almost 10 million on Instagram, meaning his posts have considerable reach. Not only was the Tweet shared more than 1,000 times, but it also attracted the attention of animal rights group peta2, PETA’s youth branch, which replied, “Couldn’t agree more. Even the smallest animal-friendly action can make a huge impact on the environment.”

Grier has previously used his social media presence to draw attention to climate change. Last month,  he shared a video via Instagram explaining that coral reefs across the world are dying. In the caption, he referenced “overfishing, destructive fishing… and the overall global effects of climate change” as key causes.

Grier became vegan in 2016, and has since shared his experience of plant-based living with his fans. Five months into his vegan journey, he told his Twitter followers, “I feel so much better. I sleep better, I have more energy & I never get sick anymore.” Earlier this year, Grier and his girlfriend, Taylor Giavasis, also an internet personality and photographer, shared a YouTube video explaining “Why We’re Vegan!”

In the video, Grier attempts to break the stigma of going vegan, and explains, “I’m a vegan for a number of reasons,” while Giavasis explains she “came to the realization that I was eating another life.” Grier added that when eating meat, “you’re harming the earth, you’re harming your body.”

In line with his recent Tweet, the internet star also had words of encouragement for his fans. “Everyone thinks it’s super expensive and hard to do but it’s really not,” he said. Grier shared some top tips, including getting a vegan cookbook and where to get nutrients from, to reassure his fans how easy it is to ditch animal products.