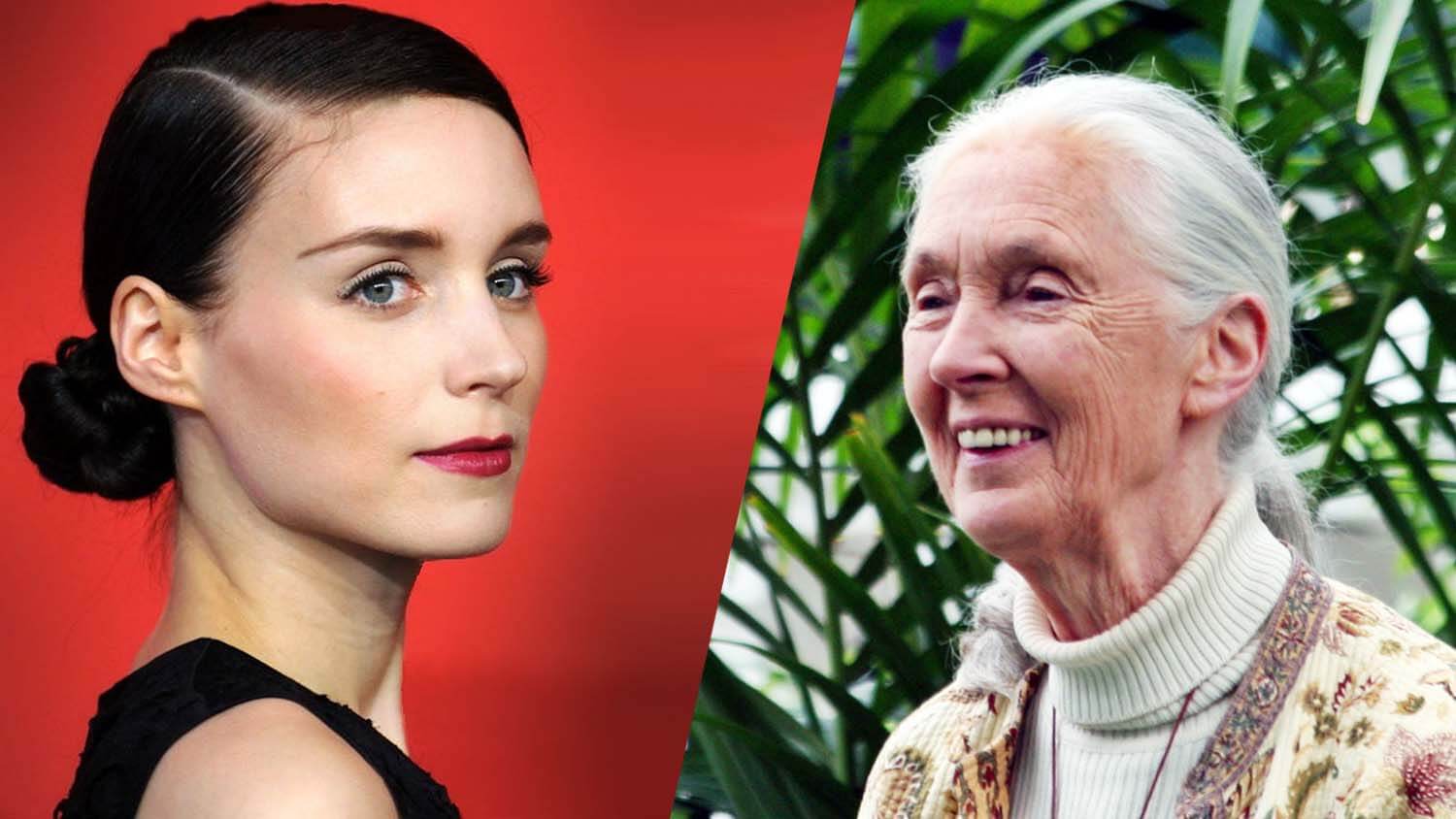 Speaking to fashion and lifestyle magazine Harpers Bazaar, Mara revealed that, in her view, Goodall is an all-around beauty icon. “[She’s] just a natural beauty and a beautiful person,” she noted.

Eighty-four-year-old Goodall has devoted her life to saving wildlife and the environment; her groundbreaking work with chimpanzees in Gombe National Park in Tanzania is world renowned, shaping the primatology field and helping scientists develop a fresh understanding of the species.

She is also the founder of The Jane Goodall Institute, which aims to conserve habitats, raise awareness of endangered species, and rescue orphaned chimps who are at risk from threats such as poaching and the illegal wildlife trade.

As well as Mara, the environmentalist has a host of celebrity fans, including A-Lister Leonardo DiCaprio and musician Moby. Earlier this year, Moby even described her as “the most perfect woman on the planet.”

Happy happy HAPPY #fanartfriday friends!! From @justine_lcf we have a glowing depiction of one of the most precious moments documented over the course of Jane’s special relationship to the wild chimpanzees of Gombe. If you could communicate with chimpanzees, what would you want to ask them? *** JGI does not endorse any touching or close proximity to wildlife – it is dangerous for humans and wildlife and only experts and/or qualified individuals should be interacting with wildlife in this manner*** For a chance to be featured for Fan Art Friday, tag #inspiredbyjane @janegoodallinst ! | #drgoodall #drjanegoodall #janegoodall #art #fanart #animalart #inspirational

Mara herself is also a keen advocate for compassionate living. “I’ve been vegan for seven years,” she told the magazine. “But I’ve been a vegetarian since I was little. It’s better for your health and the environment.”

The actor is also passionate about animal rights; together with partner and fellow actor and activist Joaquin Phoenix, she recently narrated the animal rights documentary “Dominion.”

Released earlier this year, the film focuses on how humans exploit animals for food, entertainment, science, beauty, and fashion. The latter is an industry Mara is especially passionate about, launching her own ethical vegan clothing line “Hiraeth” at the beginning of this year.

Speaking to Vogue in February, she explained, “In fast fashion, you can find faux leather boots that are really cheap, but while it’s cruelty-free in the animal sense, I didn’t necessarily know where those things were made, or if they were cruel toward humans.” She added, “I didn’t want to compromise on either thing, and I wanted pieces that were made to last. So [Hiraeth] really came out of my own need.”