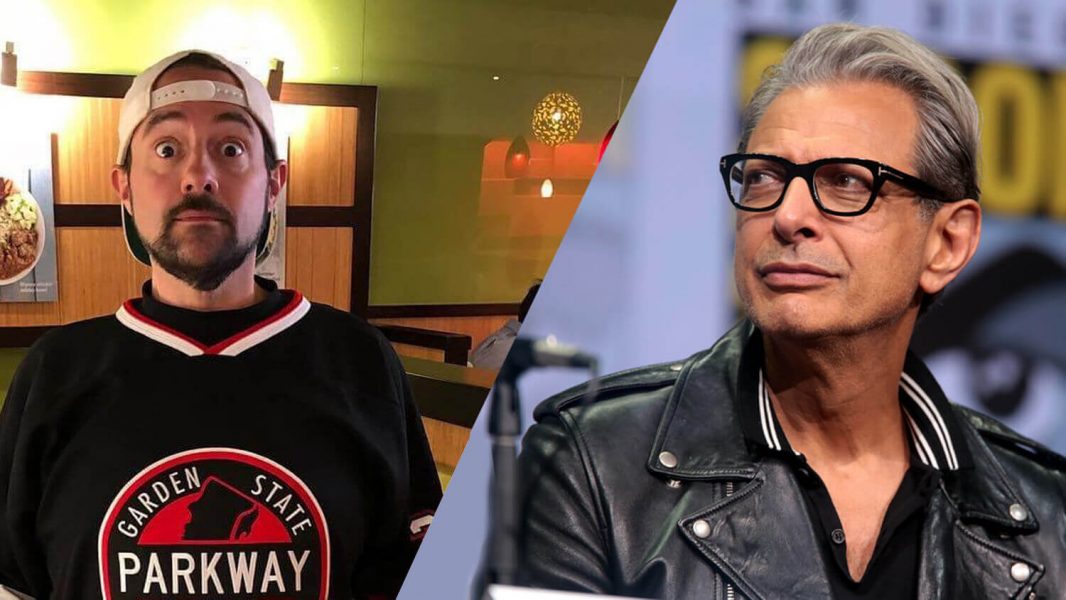 The “Clerks” creator took to social media to spread the word of his Goldblum sighting. “Being Vegan has finally paid off: I just saw Jeff Goldblum at my local @VeggieGrill,” Smith wrote. “Makes sense that he’s plant-based, considering he was almost eaten that one time…,” he added, including a gif of Goldblum running for his life from a tyrannosaurus rex as Dr. Ian Malcolm from the 1993 blockbuster “Jurassic Park.”

Smith, who adopted a vegan diet earlier this year following a major heart attack, might not be far off from the truth. Though Goldblum hasn’t made any announcements regarding his eating preferences, last month he dined on vegan hot wings in the popular web series “Hot Ones,” where celebrities chow down on spicy wings while being interviewed. Earlier this summer, the show featured vegan actor Natalie Portman.

Being Vegan has finally paid off: I just saw Jeff Goldblum at my local @VeggieGrill! Makes sense that he’s plant-based, considering he was almost eaten that one time… pic.twitter.com/WbrhRBh63n

Goldblum has also previously spoken about his love for leading a healthy lifestyle. The star of the 1986 horror film “The Fly” is a fan of green juices and tries to stay away from fried foods, excess sugar, and fats in addition to avoiding alcohol and tobacco. Goldblum believes that his lifestyle is part of what keeps him looking so young, even at 65-years-old.

“I think when nature changes your face — especially if you live a clean life,” Goldblum told men’s magazine GQ 2016. “Your body is designed so it all looks right together.”

Veggie Grill may not be health food, but it is a step up from traditional animal ingredient-centric fast food options laden with saturated fat. Its entirely vegan menu fits right into Smith’s new healthy lifestyle, which includes hiking and yoga. The filmmaker, who has lost 51 pounds since adopting a vegan diet, is such a fan of Veggie Grill, he’s hoping that the chain expands to his hometown of Red Bank, New Jersey.