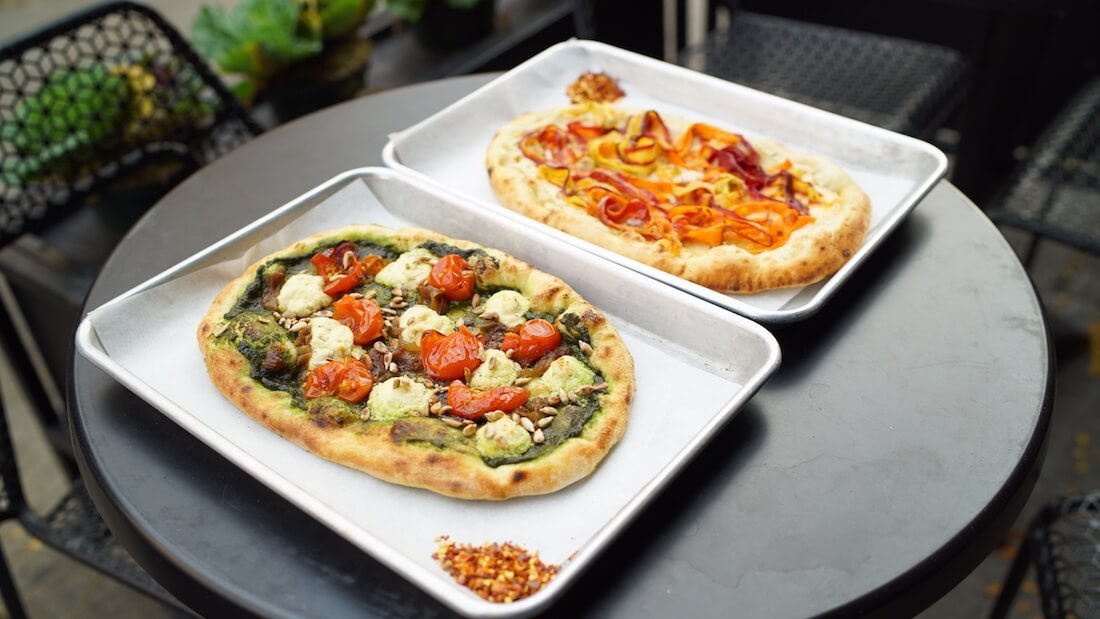 Diners can expect a menu similar to that of Double Zero’s New York City location. Individually-sized vegan pizza pies will be wood-fired, yielding a lightly charred crust in the classic Neapolitan pizza style. All pizzas are topped with a variety of housemade, vegan nut-based cheeses such as cashew mozzarella, macadamia nut ricotta, sunflower parmesan, and more. The restaurant will also serve brunch, an extensive dessert menu, and sustainable wine and cocktails.

For the time being, Kenney has not disclosed the exact location of the new restaurant. According to the vegan chef, more Double Zero locations will open in Boston, Los Angeles, and Brooklyn. Additionally, Double Zero Now, Kenney’s vegan frozen pizza brand, is expected to hit stores as soon as September.

More Double Zero coming this year! Double Zero Now, our frozen pizza brand, should be in stores by September. And new @doublezeronyc restaurants are coming to Boston, Los Angeles, Brooklyn and Philadelphia. Most will open in September/October.
Photo | … https://t.co/GRa9qJ0W2o pic.twitter.com/o1Phe8ADZS

In recent years, Kenney has taken the restaurant world by storm with his empire of vegan restaurant concepts. The first Double Zero location opened in NYC in 2016 and was soon joined by the Mediterranean-inspired XYST and the Mexican and Latin-inspired Bar Verde. The news of the upcoming Double Zero locations in Philadelphia and other cities closely follows the opening of Arata, a plant-based Japanese restaurant in NYC, and PLANTMADE, a cafe specializing in light bites and espresso beverages, both of which opened earlier this year.

Kenney does not plan to limit his empire expansion to the Double Zero locations. The chef will also open Kanu, his first-ever Canadian venture, which will focus on healthy, globally-inspired plant-based foods as well as cold-pressed juices, smoothies, and some raw vegan options. While other international locations have yet to be announced, Kenney’s restaurants are also open in London, Sydney, Bahrain, and Bogota.

When Double Zero opens in early 2019, it will join Blackbird Pizzeria in the Philadelphia vegan pizza scene.