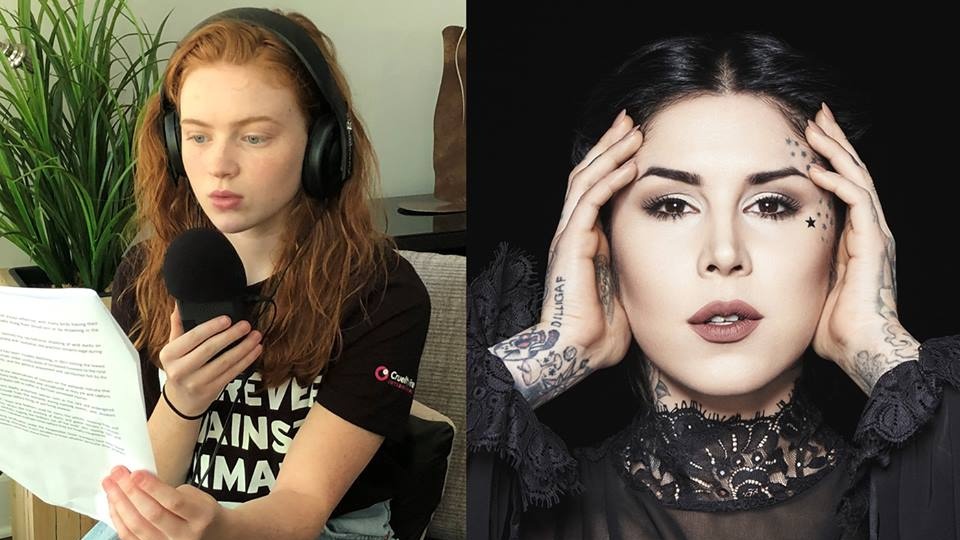 The news was announced in a post on the film’s Facebook page this evening. “Both great advocates for animals who we’re so proud to have on board,” the post read, noting that there are still more high profile narrators to come: “We’re pursuing an opportunity for one last narrator while putting the final touches on the film, and expect to have it sent for DVD replication and distribution later this month. Digital/online distribution should follow shortly afterwards, though we’re taking the time to make sure it’s done right, in order to reach as many people as possible.”

“Dominion” held its world premiere in Australia in March and will premiere in the U.S. at the Animal Rights Conference in Los Angeles at the end of June.

“‘Dominion’ to me is the idea of one group or entity exercising control, power or authority over another, under the belief that they have the right to do so,” Delforce says on the film’s website. “Often this belief seems to stem from the perception of self-superiority and that ‘might equals right’.”

“Dominion” is the follow-up to 2014’s “Lucent,” which exposed Australia’s pig farming industry.  “Dominion,” has been compared to Shaun Munson’s 2005 “Earthlings” (also narrated by Joaquin Phoenix), which explores how animals are exploited as companion animals, wildlife, in scientific research and entertainment, and for clothing and food.

Sink says actor Woody Harrelson, who she co-starred with in 2005’s “The Glass Castle,” inspired her to go vegan.

In 2015, Kat Von D said she’d been vegan “for several years.” She turned her beauty brand, Kat Von D Beauty, fully vegan in 2016. The multi-faceted artist and entrepreneur is launching a vegan shoe line later this year and is expecting her first child with husband Leafar Seyer, the singer for rock band Prayers.