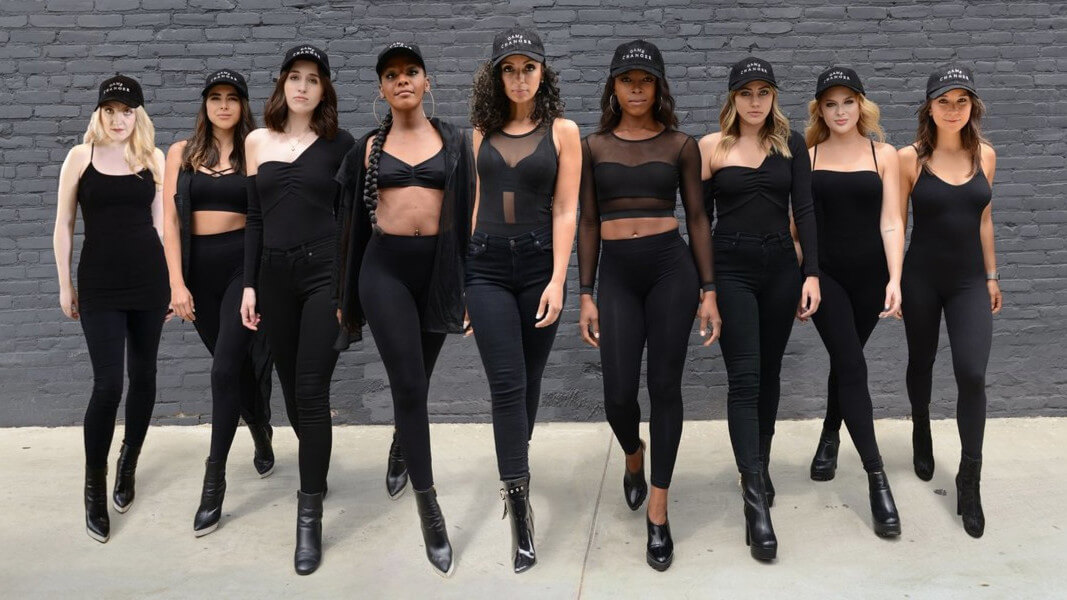 Vegan celebrities and social media influencers, including Evanna Lynch, Mýa, Harley Quinn Smith, Daniella Monet, and others have a message for the fashion industry: the future of the industry is cruelty-free and vegan.

In a new video produced by international animal rights group PETA (People for the Ethical Treatment of Animals), the aforementioned stars, joined by DΔWN, Yovana Mendoza also known as “Rawvana,” Jenné Claiborne, Cammie Scott, and Renee Olstead, urge consumers and businesses to consider the animal victims of fur, leather, silk, mohair, and other materials used by the fashion industry. The stars were joined by Meg and Komie Vora of the LA-based brand Delikate Rayne, which makes animal-friendly clothing for women.

In the video, each woman explains why she chooses to be a “Game Changer” by choosing to buy vegan fashion instead of clothing made from animal-based materials.

“I remember as a teenager, going shopping for purses and… someone trying to sell [one] to me as genuinely leather as if that was a good thing. I was, like, but isn’t leather somebody’s skin,” said “Harry Potter” star, activist, and “Dancing With the Stars” contestant Lynch, explaining how she made the connection.

“The true test of any nation is how it treats its innocent beings, and animals obviously fall into the category,” said R&B artist Mýa, a longtime vegetarian who adopted a vegan diet in 2016 after learning about the dairy industry. The Grammy-award winning artist even offers a free Vegan Transition Guide on her website.

“What if it were me? What if someone was torturing me and wearing me? I’d have a problem with that,” added musician, artist, and animator DΔWN, a vegan since 2013.

Content creator Scott, who has more than 337k followers on YouTube, explained how many misled her into believing that animals used to make clothing and accessories remain unharmed. But when she saw real footage from the fur industry, she learned the truth.

Claiborne, who goes by Sweet Potato Soul on social media, had similar misconceptions. She said, “I know that sheep are not skilled for wool so I thought it was like, some idyllic and peaceful process of cutting off their hair just like how my dogs get groomed, but when I learned how brutal it can be I realized I can never buy wool again.”

“What you’re wearing sends a message to everybody around you and everyone that sees you. I would—any day, any time—rather be saving a life than getting a pair of shoes. That’s always what it comes down to,” said Smith, actor, longtime vegan, and daughter to filmmaker Kevin Smith.

Monet, star of Nickelodeon’s “Victorious” and an investor in the plant-based snack Pig Out bacon chips, highlighted many of the recent, cruelty-free textile innovations, such as vegan mushroom leather and pineapple leather, adding that it speaks to how the fashion industry is changing.

Komie added, “We wanted to show people that you can still be stylish and super fierce without harming an animal in the process.”

As part of the collaboration, Delikate Rayne has teamed up with PETA to offer a vegan suede baseball cap that reads “Game Changer.” Twenty percent of all sales will be donated to PETA.

The stars’ joint message comes at a time of change for the fashion industry. Last September, the LA city council voted unanimously to ban the sale of fur, joining San Francisco, Berkeley, and West Hollywood in saying “no” to the cruel material. Many major fashion labels, including Burberry, Coach, Diane von Furstenberg, Gucci, and others have committed to stop using fur.