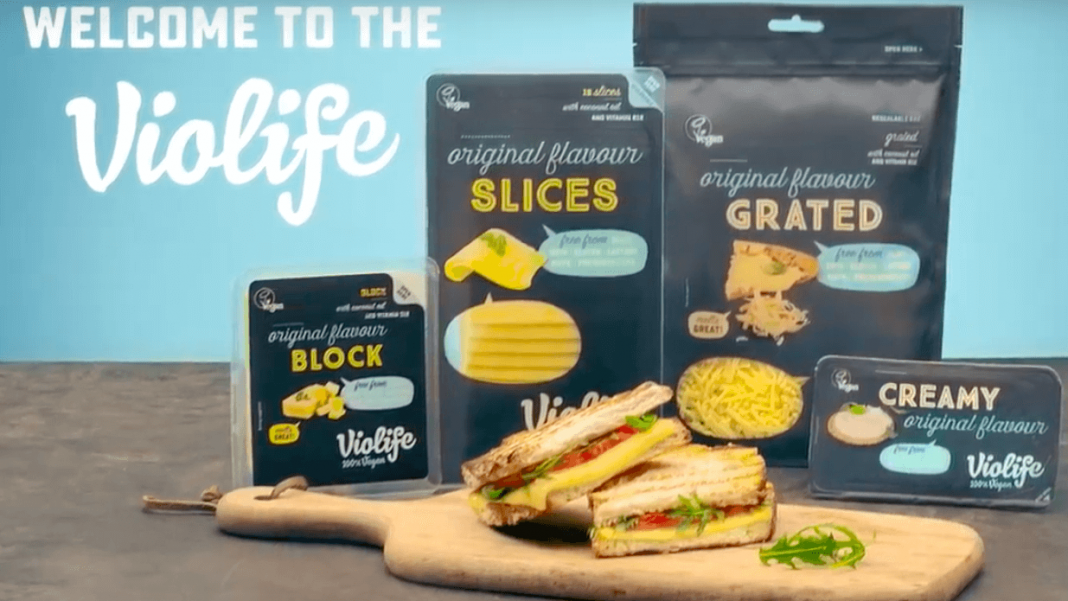 Created with communications firm VCCP, the campaign includes two ads that will be aired on television as well as recipes and tips for giving up dairy that will be shared on social media.

It’s one of the first vegan ads to appear on mainstream television.

The ads bring humour to the dairy-free category, Violife said in a press release, as the adverts’ “heroes” learn how easy it is to ditch dairy. The stars find it so effortless that they believe they can do other tasks like becoming an escape artist or running through walls.

“Maybe we’ve made dairy-free too easy…” the adverts tease.

According to Thania Drakopoulou, Marketing Manager for Violife, the campaigns aim to show that “a plant-based, vegan option can find its place in every home” and that “everyone is Welcome to the Violife.”

Caroline Rawlings, Creative Director at VCCP, said the company was “proud” to be a part of the project.

Violife in the Spotlight

Violife has been producing vegan dairy-style foods with no GMO ingredients since the early 90s. Its products – which include cheese slices, grated cheese, prosociano wedges, and cream cheese – are made with coconut oil and are free from nuts, soy, preservatives, and cholesterol.

Available across the UK, the EU, the U.S, and in other countries like India, Violife is becoming more popular all the time. According to The Grocer, the vegan brand experienced a nearly 80 percent growth rate in 2018.

The Grocer’s 2018 Top Product Survey saw Violife sitting at the top of the ranks for best-selling dairy-free cheese. But the vegan brand also entered the overall cheese brand market, coming into the top 20 of best-selling cheeses – vegan or not.

“We absolutely love what we do here because we know that, for some, it’s really difficult to give up cheese!” the company writes on its website. “We know that we can reassure those people that our melt-y, stretchy, creamy, tangy Violife family of products will be perfect for them. No compromise on taste necessary.”