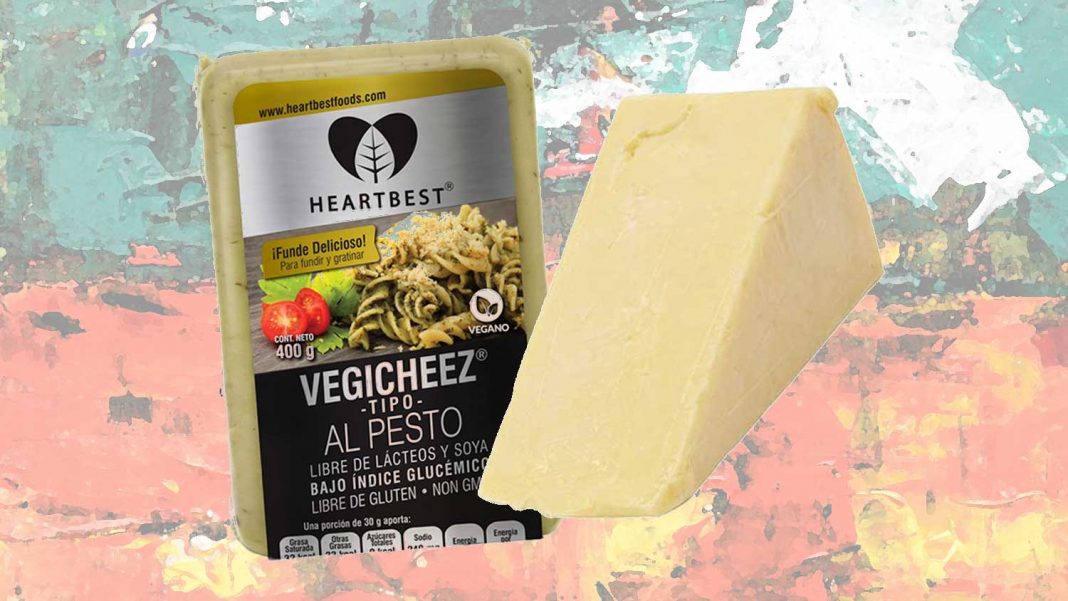 Vegan milk and cheese brand Heartbest Foods is on a mission to transition Mexicans away from dairy. And its plan is working. Available in 200 Costco stores nationwide, with more expansion plans on the horizon, Heartbest currently makes around 200,000 vegan cheeses a month – or, around 2.5 million a year.

Founded a year and a half ago by Aldo González, Everhard Ortega, and Eduardo Centeno, who met at university, Heartbest Foods creates its cheese from a variety of plant-based ingredients, including peas, amaranth, and soybeans.

Its growth has been fast, with the people of Mexico embracing the brand’s vegan alternatives, primarily for health reasons. According to Vegconomist, one in three Mexicans suffer from lactose intolerance.

It was this fact, together with a desire to bring about a more sustainable food system, that spurred the trio on. The founders of Heartbest Foods noticed a significant lack of vegan, dairy-free milk and cheese products, so they turned to food technology to solve the problem.

The brand now offers a range of different products, including vegan mozzarella and cheddar. In the past, it has offered limited-edition cheeses, such as Pesto and Asadero-Chipotle cheese.

“Each year we enjoy better cars, smartphones, and many things that don’t [necessarily] matter,” notes the brand’s website. “With the most important thing – food – this doesn’t happen.”

It continues, “At Heartbest we thrive technology to your advantage, we assure that your family and you, obtain what [you] really deserve. Based on plants and innovative processes, we make the best version of your favorite meals.”

Google spotted potential in the vegan cheese brand, selecting it to be part of its incubation program. Vegconomist notes that the multinational technology company will help Heartbest Foods to reach up to 40 million people with a new campaign across Mexico. According to a spokesperson for the company, “What could have taken two years, will be done in three months.”