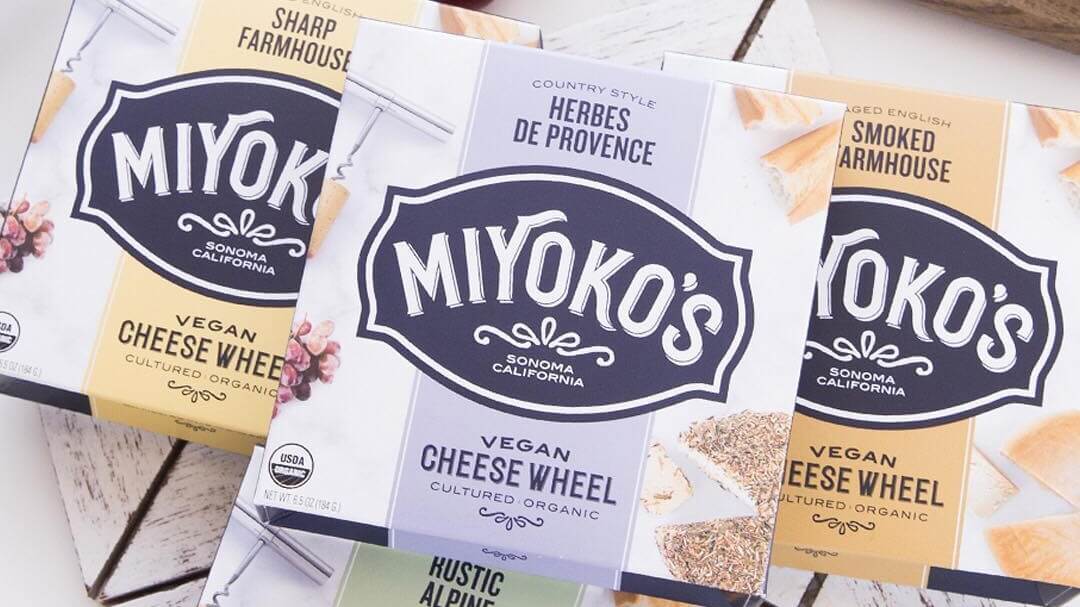 Nestlé, the world’s largest food and beverage corporation, has announced a partnership between its U.S. branch and vegan artisanal cheese startup, Miyoko’s Kitchen, in order to meet the rising demand for plant-based food. The multinational corporation says that the California-based brand is among the state’s fastest-growing companies.

“These companies represent the future of food,” said Ashlee Adams, Head of Open Innovation at Nestlé. “Our open innovation efforts are focused on meeting companies where they are in their stage of growth and designing win-win partnerships that accelerate that growth. We look forward to working with these companies to share learnings, develop new capabilities and create something better together as we bring people more options in categories that are in high demand – healthy snacking and plant-based foods.”

Will the dairy of the future come from cashews? Absolutely! Forbes recently profiled Miyoko and the rise of the plant based food industry. Check our stories for the link. #TomorrowsCreamery #PhenomenallyVegan #Miyokos #Vegan #CrueltyFree

Nestlé appears to have high hopes for the vegan food industry. Last year, the Swiss company purchased U.S. meat-free brand Sweet Earth Foods, noting that more consumers than ever before are reducing their meat consumption or choosing vegan meat instead. Last June, Nestlé announced that it was working on new vegan products in order to keep up with its more plant-forward competitors, a possibly hinting at its inclusion in the TERRA accelerator program.

“Big trends are embraced by smaller companies a bit more actively than the big companies,” said  Stefan Palzer, Nestlé’s chief technology officer. “We are adjusting our portfolio, doing many innovations and renovations to make the portfolio more relevant and to address those trends, but smaller companies are more agile.”

According to the multinational food giant, all three brands were chosen for the accelerator program due to the fact that their product lineups feature plant-based foods that capture fast-growing consumer trends. Miyoko’s Kitchen meets the rising demand for dairy-free and disrupts traditional animal-based food industries with unique vegan products like cashew and coconut oil-based vegan cheese and plant-based European-style cultured butter.

A recent report conducted by Nielsen for the Plant Based Foods Association, a nonprofit organization that represents 114 of the nation’s top vegan brands, revealed that the plant-based cheese market grew 43 percent to $124 million last year. It’s expected to reach a value of nearly $4 billion by 2024.