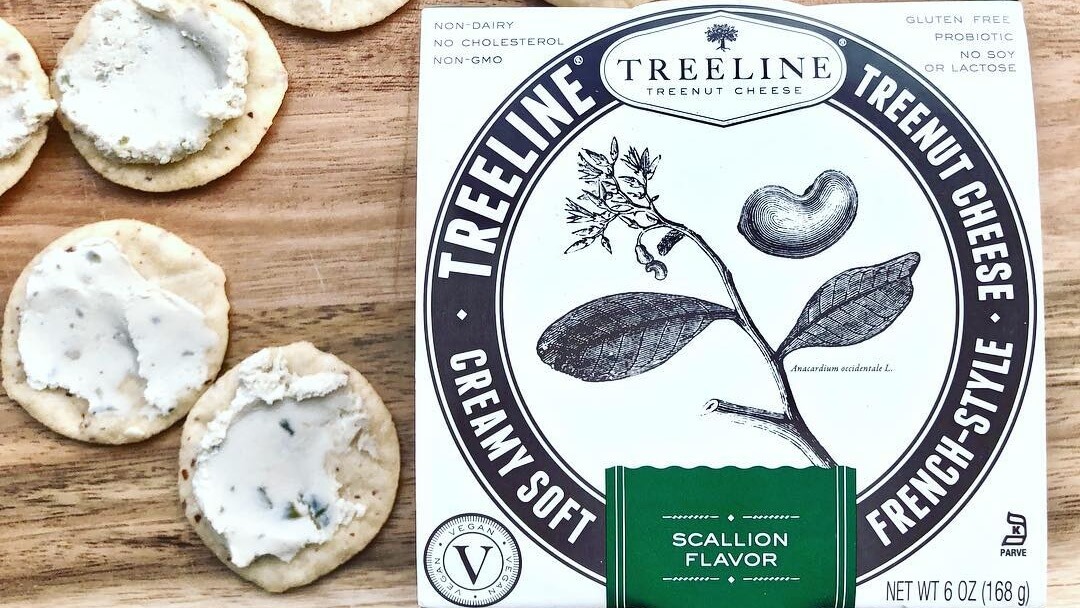 Treeline, is currently available in more than 3,000 stores nationwide, including major supermarkets like Kroger and Whole Foods. The brand specializes in soy-free, kosher, and paleo-friendly probiotic vegan cheeses made from non-GMO cashews using traditional cheese-making methods. According to the website, the brand is vegan due to dairy’s impact on health as well as the treatment of mother cows and their calves.

Thanks to the inclusion of the bacteria L. Acidophilus, Treeline’s nondairy cheeses are fermented and have a naturally tangy flavor similar to dairy cheese. Its new single-serving vegan cheese cups are already being used by plant-based meal kit brand, Purple Carrot.

According to a recent study conducted by leading global sales research company Nielsen on behalf of the Plant Based Foods Association, sales of vegan cheese grew by 43 percent to $124 million last year, ranking behind plant-based coffee creamer, and yogurt.