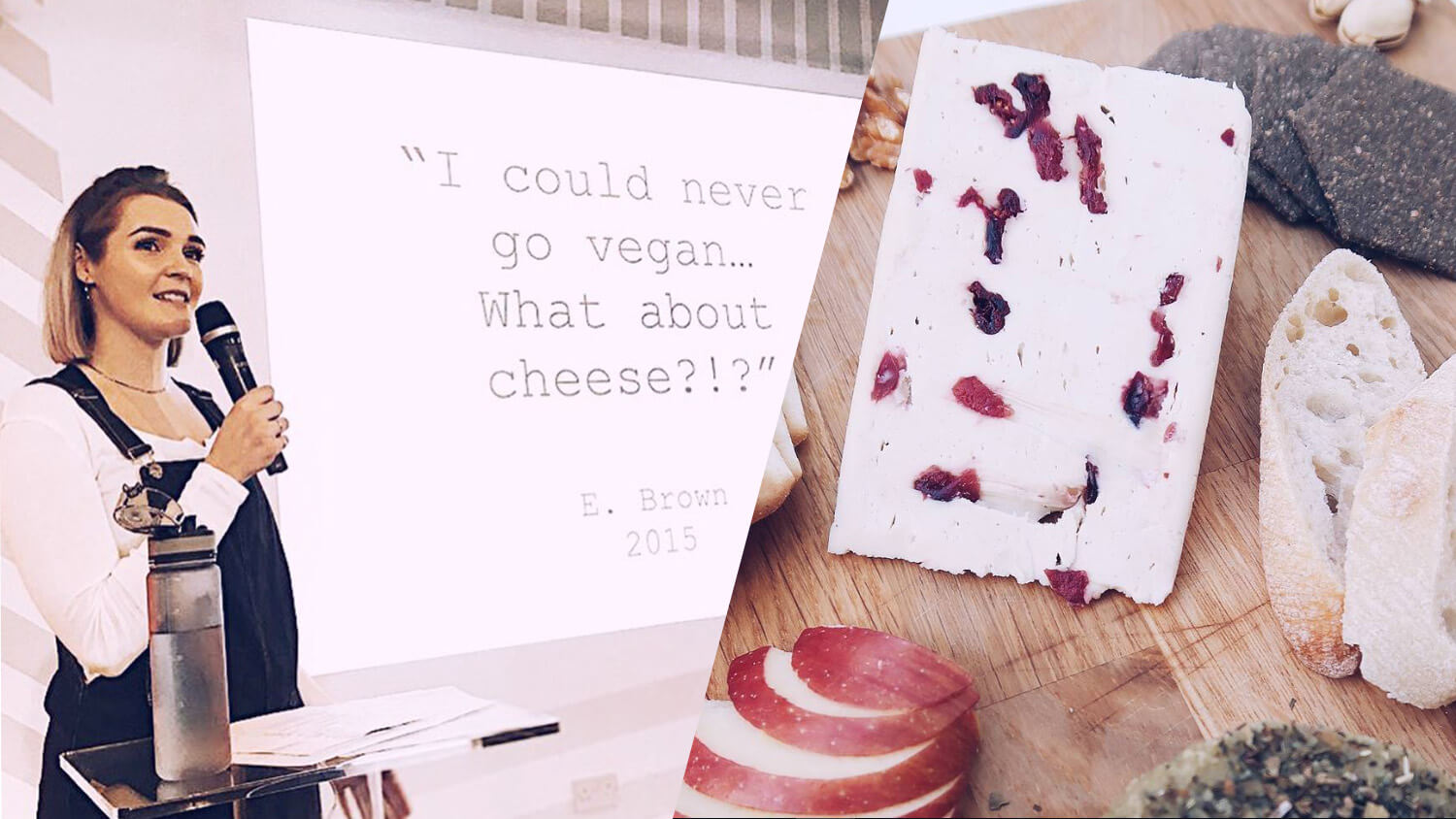 UK-based vegan cheese brand Kinda Co. took first place at the Bread & Jam Fest “Dragon’s Den” style competition for startups, securing £25,000 in investment funding and £10,000 in funds for branding along with a year’s worth of mentoring support.

In an emotional post on Instagram, founder Ellie Brown shared the news with the company’s followers. “I’ve been wanting to write a post since Friday night but didn’t really know where to start!” she wrote. “The events of last week still haven’t quite sunken in, but I’m beyond happy and grateful and want so much to share the exciting news with you all!”

I’ve been wanting to write a post since Friday night but didn’t really know where to start! The events of last week still haven’t quite sunken in, but I’m beyond happy and grateful and want so much to share the exciting news with you all! ? . In addition to being presented with our amazing award (pictured ??) from @specialityfoodmagazine at the amazing @breadjamfest I also won the chance to pitch in their Dragon’s Den style competition last Friday. Up for grabs was £25k investment, £10k branding support from @brandrelations plus a years mentoring from the Dragons + business support from @lvkglobal. Out of almost 100 entries 9 of us were picked to pitch in front of the Dragons (and a packed hall of conference attendees ?). I was second to last and one by one I watched incredible pitches from companies who were all far more established than me… I had none of the impressive numbers or fancy packaging, but I just got up there, laid out some cheese to try + told them the story of how and why I started Kinda Co. ? . And what do you know….??? We only went and WON!!! ???. I was completely in shock but oh goodness so incredibly delighted! I definitely cried a few happy tears over the weekend. It’s hard to express, especially as so much of the work I put in is behind closed doors, but winning felt like such validation + recognition for all the hours and days of hard work I’ve put in over the last year to try and grow the business from nothing (all the while also still working my f/t job). ? . Absolute hats off to all the other entries – it’s completely terrifying standing in front of a room full of people and you were all wonderful! ? . I am so excited for where Kinda Co. is heading in the future with all the amazing support I’ll now have. From the bottom of my heart thank you so much to everyone that has supported me along the way. Whether it’s buying cheese, coming to say hello at a market or sending me lovely messages about our products – I quite literally wouldn’t be out here living my dream life without you ??? . . . Pic by (my everyday girl crush) @alexistymon ? #breadandjamfest #bjf18 #brandrelations #lvkglobal #dairyfreecheese #vegancheese #kindaco

According to Brown, her presentation varied from other contestants; Kinda Co. relied mostly on taste, laying out cheese for the judge investors and telling her backstory.

A self-described “life-long cheese addict,” Brown was a lifelong vegetarian who wanted to go vegan but thought she couldn’t because she loved cheese “so much.”

She told the New Statesmen last year that she finally gave the vegan diet a go and found that the vegan cheese options on the market were “generally disgusting,” prompting her to figure out a viable alternative. And just when she thought she had resolved the issue — creating a vegan cheese that she enjoyed — she was targeted by a lobby group for the dairy industry calling her products, marketed then as Kinda Cheese, “unlawful” and “deceptive.”

Efforts were made to stop her trademarks registry, which forced her to rename the brand to Kinda Co.

“It literally says all over [the packaging] that my cheese is made from nuts,” she said. “It’s almost laughable that they would want me to change my name as I’m so small. The amount of sales that I would take from them would surely be so minuscule, yet they’re coming to shut me down.

“It must be pretty bad for the dairy industry if they’re trawling through trademark applications to find products with the word ‘cheese’ in them.”

While demand and sales are picking up for Brown and Kinda, it’s still only a fraction of the dairy industry’s market share.
The dairy industry may be massive, but sales for nondairy categories are seeing more significant growth in recent years, and there’s enough interest in the category that made Kinda the ideal candidate to win at Bread & Jam, despite it not even being a big enough enterprise to support its founder full-time.

“Winning felt like such validation and recognition for all the hours and days of hard work I’ve put in over the last year to try and grow the business from nothing,” Brown said in her Instagram post, “all the while also still working my [full-time] job.”