A €50 million facility dedicated to developing new vegan cheese, butter, and other dairy-free products is opening in Wageningen, the Netherlands. The city has been dubbed the “Silicon Valley” of food.

John Verbakel, Chief Research and Development Officer said in a statement that the new center will give Upfield access to state of the art equipment and technology. It will also give them access to a strong creative network. Wageningen is also home to The Wageningen University & Research (WUR), a hub for food industry research.

Verbakel added that this will allow Upfield to “really push the boundaries of what we can achieve in natural, plant-based foods innovation.” 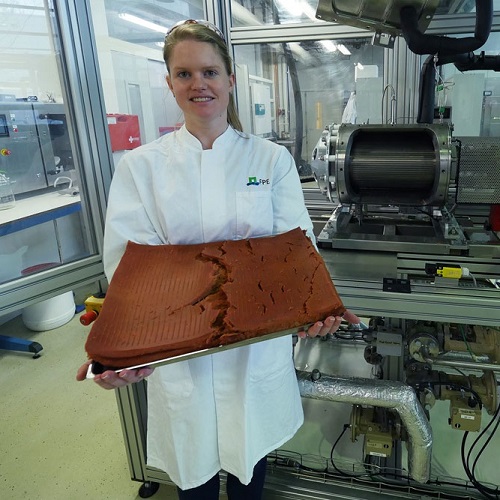 The “Silicon Valley” of food is a hub for vegan meat research. | WUR

The Silicon Valley of Food

The Good Food Institute, a nonprofit working to accelerate the development of plant-based food, ranked WUR as one of the world’s leading universities for vegan meat research. The university’s ongoing “Plant Meat Matters” project, aims to develop methods for making the texture of vegan meat more realistic. The center has also worked with small brands, such as The Vegetarian Butcher and large companies including Unilever, major flavor manufacturer Givaudan, and ingredients producer Ingredion.

Upfield isn’t the only major company that’s taking root in Wageningen. Unilever announced an €85 million innovation center called the “Hive” late last year. The facility will be used to “accelerate technology and innovation” of plant-based alternatives.

Brooklyn-based startup Fora Foods makes vegan butter from aquafaba, the viscous brine found in canned chickpeas. In late 2018, it attracted a $1.4 million investment from vegan venture capital funds, Stray Dog Capital and Blue Horizon. The latter is one of the leading investors in the plant-based food space.