Savory and bursting with umami flavor, vegan cheese is undeniably delicious – but is it healthy?

Seen as one of the ultimate luxuries, cheese is a delicacy that people love to indulge in. Sprinkled on salads or melted on macaroni, the versatile foodstuff is so revered some people will journey abroad just to cram their suitcases with brie. During the Great Fire of London in 1666, renowned diarist Samuel Pepys famously protected his valuables by burying them in his garden. His most prized possession? A wheel of parmesan.

Traditional dairy cheese is made through a fermentation process, involving animal milk, rennet – a digestive enzyme derived from calf’s stomach, vegetables, or synthetic origins – and starter organisms. As Agatha M. Thrash M.D explains in her paper on the Uchee Pines website: “Cheese is made by the action of waste products from molds and bacteria on milk.”

Cheese is probably the most commonly-cited obstacle to people eating more plant-based food. But these days, there are vegan versions of just about any cheese, from creamy mozzarella to chewy halloumi. With dairy-free brands such as Follow Your Heart, Kite Hill, and Daiya crafting shreds, slices, and wheels from ingredients like coconut oil and nuts, it has never been a better time for vegan cheese.

But while the availability of animal-free cheese is better than ever before, the question remains: is vegan cheese healthy?

Is Cheese Good for You? 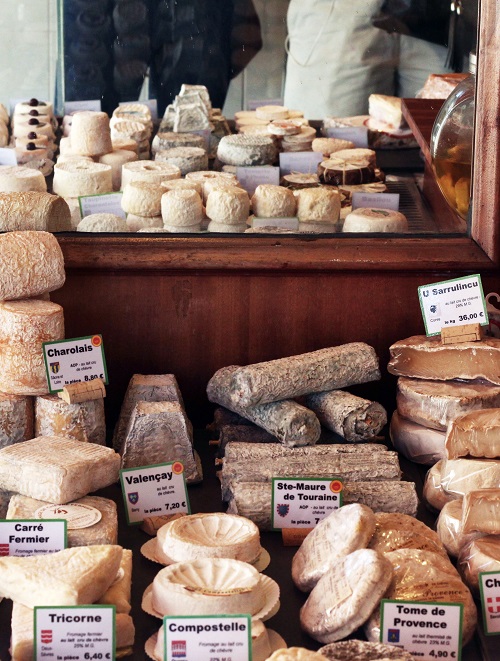 First, is dairy cheese actually healthy? The majority of the US grew up with the “Got Milk?” ads and the old-school Food Pyramid, which gave dairy its very own section as part of an allegedly healthy diet.

Cheddar, the UK’s best-selling type of cheese, is a good place to start in looking at whether or not cheese is good for you. Named after its west country place of origin, Brits will grate it, melt it or stick giant wedges of it on a breadboard as part of a pub lunch.

One hundred grams of cheddar contains 24.9g of protein, but it also contains a whopping 33.1g of fat, with two-thirds of this being saturated. According to the UK’s National Health Service, an adult’s suggested Daily Reference Intake (DRI) of saturated fat is less than 20g. This means a person could easily scoff their entire day’s worth of saturated fat in a single cheesy baguette.

The negative health implications of a diet high in saturated fat range from increased risk of heart disease to reduced life expectancy, according to Dr. Meghan Jardine, associate director of diabetes nutrition education at PCRM (Physicians Committee for Responsible Medicine), a nonprofit organization of over 12,000 medical experts.

Although the dairy cheese is high in protein, so are some vegan cheeses. For example, Bute Islands’ soy-based strong cheddar Sheese contains 13 grams of plant-based protein per serving. Vegan cheeses can also be excellent sources of calcium, such as Cicioni, made from fermented almonds and cashews. This calcium-rich, dairy-free cheese clocks up only a quarter of the saturated fat in dairy cheddar.

There are many plant-based cheeses which boast heart-healthy and nutrient-rich ingredients, such as Treeline, Dr. Cow, Punk Rawk Labs, and Parmela Creamery.

The Link Between Dairy and Chronic Disease 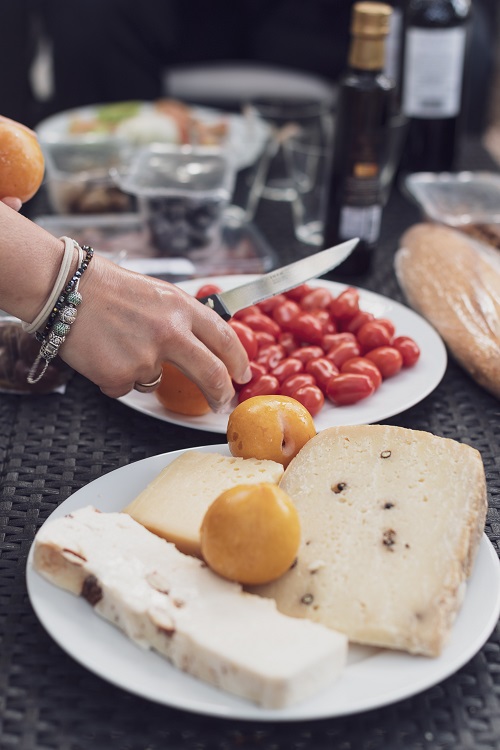 Fat and salt content are not the only health considerations around dairy cheese. Over the last few decades there has been extensive research linking dairy consumption with various diseases, including type-2 diabetes and cancer.

In his book, Dr. Campbell wrote that the results from over 25 years of research into casein showed the animal protein increased cancer cell growth: “This suggested casein (and likely most other animal proteins) is a far more relevant carcinogen than any pesticide, herbicide, food additive or other noxious chemical ever tested. What would you conclude?”

Plant-based diets, on the other hand, have been linked to improved overall health and decreased risk of cancer. A 2012 study named “Biomarkers and Prevention” in the in the journal Cancer Epidemiology, tracked 69,120 participants with different diets over four years. Those who followed a vegan diet were shown to have 16 percent decreased risk of all cancers.

Dairy also contains growth hormones, which can be a factor in certain hormone-driven cancers such as that of the breast. A study conducted by the National Cancer Institute found that of 1,941 women, those who ate the most American, cheddar and cream cheese had a 53 percent increased risk for breast cancer.

Leading breast cancer surgeon and author of “Breasts: The Owner’s Manual,” Dr. Kristi Funk, confirmed the link between animal protein and cancer in an interview with The New York Times last year: “It is crystal clear that the body’s cellular response to animal protein and fat is nothing but dangerous.”

Funk and her family follow a vegan diet and the surgeon recommends a plant-based diet to her clients, who include star of “Grey’s Anatomy” Ellen Pompeo and Angelina Jolie.

The dangers of dairy consumption do not only apply to women. Substances in cows’ milk have also been linked to increased development of prostate cancer. Medical Director of The Prostate Centre, Professor Roger Kirby told the Express in November 2017, “Dairy products in particular are also known to increase levels of oxidative stress, which has been linked to increasing the likelihood of developing prostate cancer.”

Further evidence supporting the link between dairy and prostate cancer comes from a 28-year study published in Journal of Nutrition in 2013. Out of 21,660 men, those who consumed large amounts of dairy products showed a 12 percent increased risk of prostate cancer.

Nuts, seeds, soy, and vegetable protein are all considered healthy components of a well balanced diet. In fact a recent study published in the Progress in Cardiovascular Diseases Journal found that a diet containing plant-based protein, fiber and nuts not only lowered cholesterol but also improved blood pressure.

Cheeses made from coconut oil do contain higher amounts of saturated fat. For example 28g of original flavor Violife contains 57 calories, 4.6 g fat and 4.2g saturated fat. However, unlike the saturated fat found in dairy cheese, this saturated fat is high in Medium Chain Fatty Acids (MCFAs) which are less likely to be stored as fat by the body. Instead, as Associate Nutritionist Jo Lewin wrote on the BBC’s Good Food website, the MCFAs are more easily available to the body as an energy source.

Many vegan cheeses are also fortified with essential nutrients like B12 and plant-based vitamin D, ensuring they are nourishing as well as delicious.

As to whether or not vegan cheese is healthy, it can depend on the brand. Unlike dairy cheese, vegan fromage can be made of so many different ingredients, which of course dictates how balanced a food it is.

What remains undeniable is that vegan cheese is healthier than dairy cheese. Being free from growth hormones, carcinogenic animal proteins and cholesterol-boosting saturated animal fat makes vegan cheese better-for-you than its dairy counterparts.

While it is not advisable to eat vegan cheese by the wheel, especially those made using coconut oil, in moderation it can be an enjoyable part of a balanced diet.

What Is Vegan Cheese Made From?

With animal milk being the primary ingredient of traditional cheese, what is vegan cheese made from? It all depends on the brand. Store-bought vegan cheese ingredients range from cashews and almonds to coconut oil and tapioca starch.

Homemade vegan cheese has even more options. Culinary enthusiasts can even make their own reduced-fat versions at home, featuring low-calorie ingredients like agar agar, carrots, and even eggplant. There are even cookbooks, like Julie Piatt’s 2017 guide to making vegan cheese, “This Cheese Is Nuts!”

While cooking at home is fun, storebought vegan cheese is delicious – and it’s becoming increasingly available in grocery stores, particularly in the US and the UK. Here are some of the most popular brands to keep an eye out for.

Best selling plant-based brand Daiya make many of their cheeses using a blend of tapioca starch and pea protein. The company makes shreds for pizza and cheesy pasta dishes, slices for vegan grilled cheese, cream cheese, and even dairy-free mac and cheese.

Greek vegan cheese brand Violife is free from soy and nuts – instead, it’s made from coconut oil. Its vegan cheeses, which include parmesan, mozzarella, blue cheese, provolone, and cream cheese, are available in the US, UK, and EU.

Dairy-free brand Follow Your Heart, the brand behind Veganaise, has a wide variety of vegan cheese to choose from, including shreds, blocks, parmesan to sprinkle over salad, and slices like American, pepper jack, smoked gouda, and mozzarella.