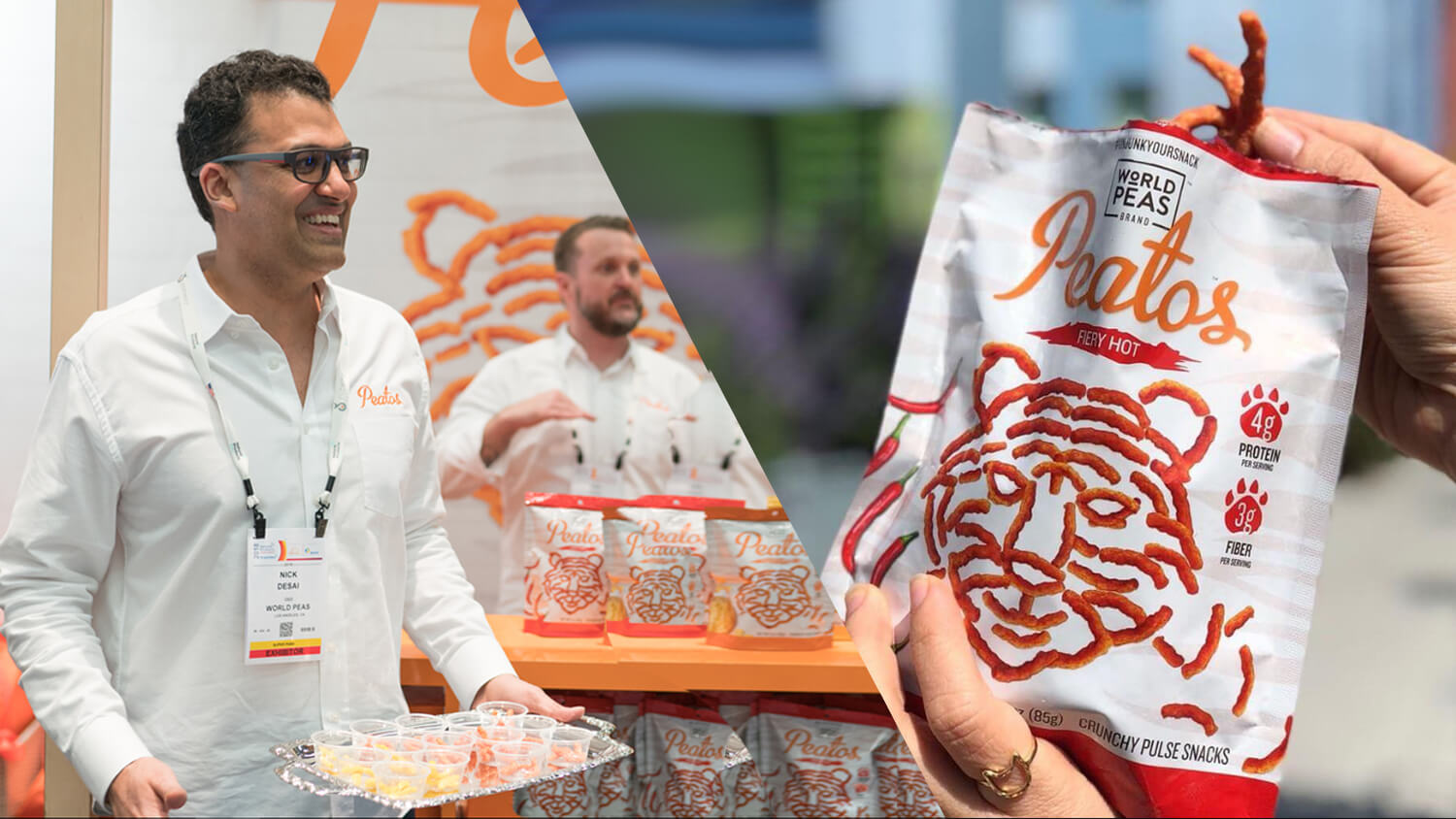 Peatos, a company producing vegan alternatives to the well-known cheesy Cheetos’ puffed snacks, is being threatened with legal action – because the products are just too similar.

Two of Peatos’ flavors, Masala and Fiery Hot, are suitable for vegans. The Fiery Hot, in particular, compares to Cheetos’ Flamin’ Hot snack – which, unlike Peatos’ healthier alternative, contains milk and cheese cultures.

The brand describes its product as “a revolution in snacking.” It notes, “for the first time, consumers can get the ‘junk food’ taste they crave AND the nutrition they’re looking for.”

The belly rules the mind. ?

Nick Desai, the CEO of  Snack It Forward, Peatos’ brand owner, recently explained the company’s “healthy junk food” vision to Food Navigator-USA.  The market is dominated by two extremes, he noted, brands like Cheetos who “market their snacks based on taste and fun,” and niche brands which focus on nutritional value. Rather than succumbing solely to the niche, health-mad market, Peatos intends “to bridge the gap between the two.”  Desai said, “we didn’t want to be a goody two shoes brand. That’s not fun.”

Succeeding in its mission to avoid the goody two shoes image, the brand may now be sued by Cheetos. The multinational company sent a cease and desist letter to Snack It Forward, claiming that Peatos is “confusingly similar” to Cheetos.

Whilst Cheetos’ branding stars Chester the Cheetah, Peatos features a tiger on its packaging, and has a tagline of “Tigers live longer than cheetahs.” Peatos also dedicates an entire section of its website to comparing the two brands.

However, Peatos does not seem concerned by the legal threat. Based on its impressive growth since launching in May, the brand is looking to make twenty million dollars in 2019. Its products are sold in leading retailers such as Kroger, Safeway and Walmart, and it also has a strong Amazon presence. Further, the brand is backed by high profile food industry experts, including Lenny & Larry’s CEO Apu Mody.