The food we grow up with often paves the way for how we cook later in life.

That’s the story for vegan chef Chad Sarno, former Global RnD Chef for Whole Foods Market and co-founder of plant-based seafood brand Good Catch Foods. He credits his love for food, which he shares with his brother Derek — who worked as Senior Global Chef & Culinary Educator at Whole Foods Market and now acts as the Director of Plant-Based Innovation for Tesco UK, the third largest food retailer in the world — to two generations of women: his mother and his grandmother.

“I grew up with a love for food. My mom is an incredible cook, and Italian grandma, both focused on different types of cuisine. We grew up eating a wide variety of different cuisines: from Italian to Chinese and Cantonese. So I was exposed to a lot of flavors and unique ingredients,” Sarno tells LIVEKINDLY.

Sarno wasn’t raised vegan; his “a-ha” moment came in his late teenage years. After living with asthma so severe that he could never be without an inhaler, a young Sarno researched the condition and decided to eliminate dairy from his diet. “Within 6 months of no dairy, in my late teenage years, my asthma was totally gone. I never looked back. That’s the first time that I made the connection between the food that we consume and our health and well-being,” he explains. 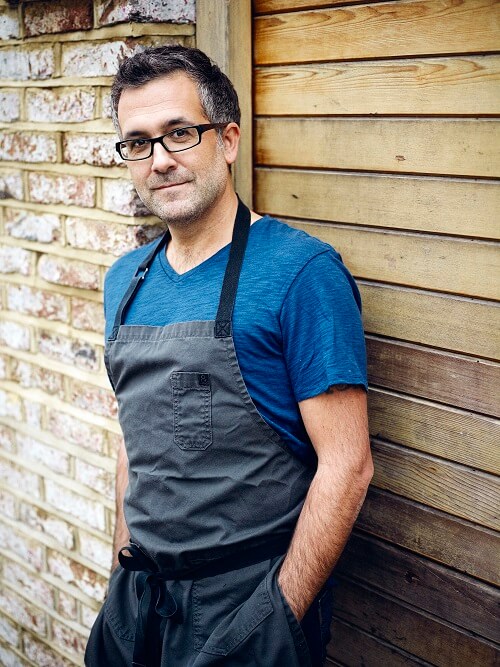 “When I got older, that passion for the food that I was raised on took me all over the world, working in kitchens around the globe with local chefs being schooled on cultural cuisine, learning the ropes and picking up everything I could along the way,” Sarno continues.

It was around this time, the late ‘90s, when he learned the ropes of raw vegan cuisine and in the years to follow, opened a few plant-based restaurants under the name SAF in London, Turkey, and Munich. His path eventually led him to work for the global team at Whole Foods Market as a spokesperson for its healthy eating program, “which reinforced for me the power that plants have to help the body,” he says.

For Sarno, it’s all about creating good-tasting food that’s also good for you.

“I’d say my style of cooking has evolved over the years and is what my brother Derek and I try to expose people to through our company, Wicked Healthy — 80 percent of the time, choose whole plant foods that are the freshest, best quality that you can buy so you can feel good in your body, and then, 20 percent of the time, go hard on whatever foods feed your soul. And always have fun with food putting the ingredients and taste before anything,” says Sarno.

His family’s influence on the cornerstones of his cooking as well as his mindfulness for health are apparent in Wicked Healthy — the recipe blog he co-founded with Derek — and their 2018 cookbook, “The Wicked Healthy Cookbook: Free. From. Animals.”

Recipes from the blog and book take you on a global culinary tour from Italy to New England, Thailand to Japan, and from Mexico to healthier takes on American comfort food, all of which put vegetables front and center.

Mushrooms of all kinds are transformed into scallops, fried chicken, liver, steak, and cured pork (technically a fungus, not a vegetable, mushrooms are a favorite of the Sarnos). Cashews get blended into creamy, dairy-free sauces, beet juice gets folded into homemade seitan to create “rare” vegan steak and cuts of “corned beef” for Reuben sandwiches. Root vegetables are sliced thin and piled high to create marbled cold cut sandwiches right out of a corner deli.

As passionate as he is about crafting better-for-you food, Sarno says “disruption and impact projects is what fuels my personal passion.”

Before Good Catch Foods was founded, CEO Chris Kerr, a close friend and chief investment officer of vegan venture capital fund New Crop Capital, identified a gap in the vegan seafood space. Both were aware of the devastating impact that overfishing has on the oceans. According to a study from Dalhousie University in Halifax, Nova Scotia, the world’s fish stocks are set to collapse by 2048. Tuna, in particular, is one of the most consumed fish in the world and its fisheries are among the most environmentally destructive — a fact that spoke to Sarno. 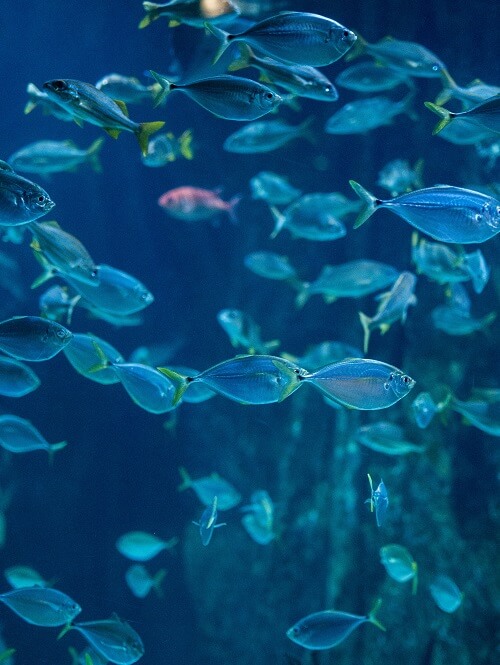 Overfishing puts marine life and the planet in danger

“I am highly passionate about the environmental approach to what we are doing and the massive impact that a plant-based diet has on the health of our planet,” says Sarno. “So when we first started talking about the idea, we thought about what species we really needed to focus on. Fin fish such as tuna and salmon were the answer and focal point from this point forward.”

Sarno took a methodical approach to creating Good Catch Foods’ signature vegan tuna, figuring out what people love about it (high in protein, healthy omega-3 fatty acids, and the texture) and the parts that not many like (the smell). Nailing down the flaky texture of real tuna was a big focus during the first year of development.

Then there was the question of which ingredients to use. While seitan, a plant-based meat made from vital wheat gluten, is popular for its realistic texture and high protein content, Sarno knew he wanted to keep the formulation gluten-free. With the help of a team of food scientists, they settled on a combination of legumes.

“Keeping our product clean label was a large focus of the formulation while not having to over-use one crop, we choice to diversify the protein for digestibility, texture results, and most importantly to keep the protein content similar to fish,” he says. “We use a unique blend of peas, chickpeas, lentils, soy, fava beans, and navy beans to deliver the protein and texture in our Good Catch products that resembles the exact flakiness we are used to with seafood. No one legume would do the job as well.”

During R&D trials, Sarno offered tastings to people with a wide variety of dietary preferences, including people who regularly ate seafood. Once the texture and protein content were set, the next hurdle was to recreate the fishy flavor without it being overpowering. They settled on algae oil. “For the taste, where else to look but the sea?” says Sarno. 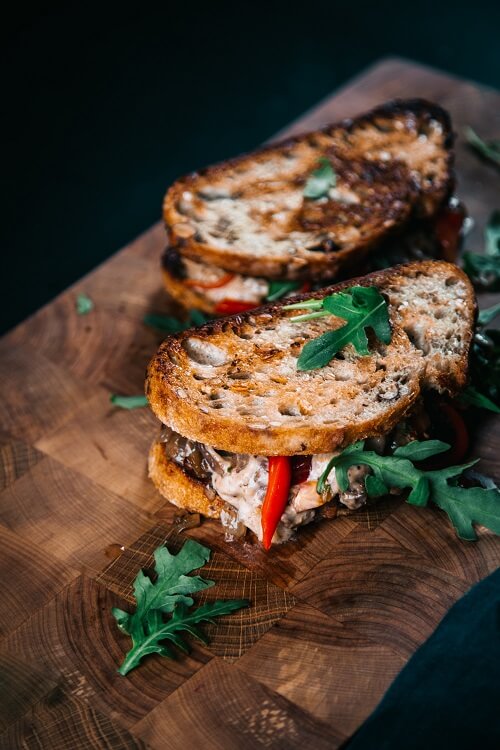 Good Catch Tuna comes in three flavors — Naked in Water, Mediterranean, and Oil & Herbs — each of which can be eaten straight from the pouch or used in recipes like salads, simmer sauces, curries, pasta dishes, and chowders. Sarno’s favorite? “The classic tuna melt. So damn good!”

The Future of Plant-Based Food

“It fascinates me how quickly the plant-based industry is growing,” says Sarno. “More and more people are adopting a plant-based diet, whether it’s for health, environmental, or ethical reasons. Nobody would have ever predicted this massive movement to be flooding the food system.”

He’s right — change is happening fast. Research from John Hopkins Center for a Livable Future shows that two-thirds of Americans are cutting back on meat — red and processed meat, in particular — due to health concerns. Major meat brands such as Canada’s Maple Leaf Foods are betting on consumer interest in plant-based food to keep climbing. The brand — one of the biggest packaged meat brands in Canada — is the owner of plant-based meat brands Field Roast and Lightlife Foods.

“This is huge compared to what I experienced when I was new vegan as a teen,” Sarno reminisced. “Just looking at where things have gone in 5 years, it is mind-boggling to me to have some of the largest animal agriculture players in the world investing in plant-based protein and diversifying their protein selection. They are smart, they can see that this is the future of food and that with our growing population, we can’t feed the world by feeding them animals.“

The shift from counterculture to mainstream gives Sarno hope at a time when the climate crisis is no longer something that can be brushed off. And with Good Catch Foods’ vegan tuna, he is also part of the growing movement.

“This is what will build a better future for our planet, human health, and most importantly, the animals,” he says. “Everything that is happening with the industry is a start in the right direction, it truly is an exciting time.”