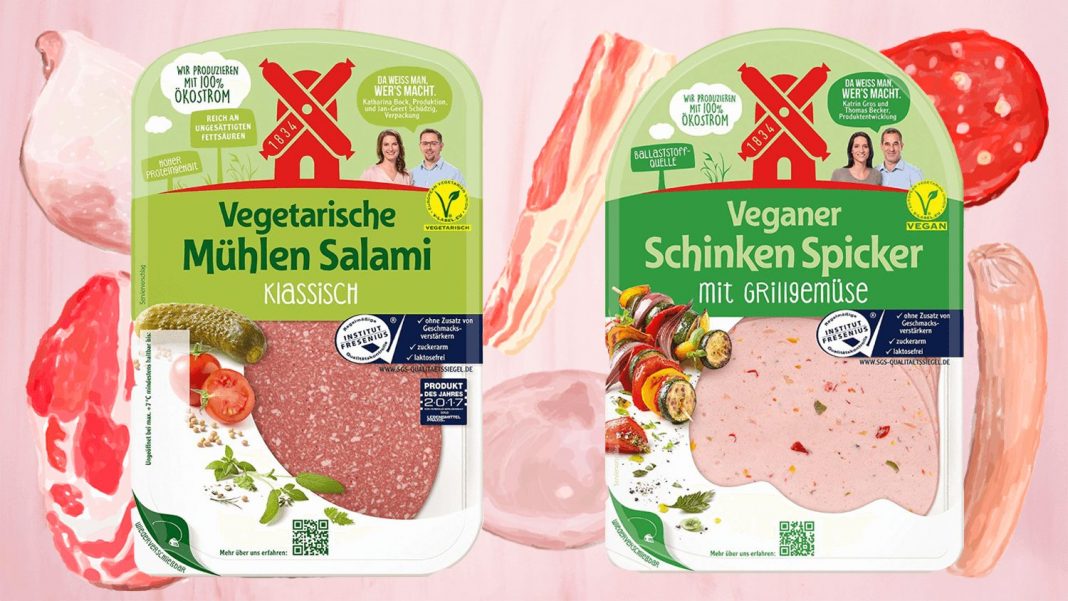 The company, which specializes in processed meat like sausages and deli slices, is experiencing success with its vegetarian and vegan range launched in 2014. The Vegconomist reports that 30 percent of Rügenwalder Mühle’s business last year was from meat-free products.

“With the new, plant-based products, we now bring even more delicious variety to the table – especially for consumers who do not want to eat any animal products,” said brand manager Marco Endelmann. “In doing so, we consistently set our goal to develop meat-free new products directly with a vegan recipe.”

“The reason for this is changed consumer preferences; even vegetarians and more and more flexitarians are opting for vegan variants rather than vegetarian ones when they are presented next to each other on the shelf,” said Röben. “This may be for animal protection and environmental reasons or due to ethical concerns.”

UK-based vegetarian meat brand Quorn made a similar announcement last August. The company invested £7 million into the development of new vegan products and many launches going forward will be free from animal products due to the rising demand for plant-based food.

Germany is one of the top producers of vegan products in the world. In 2017, it launched more new products than any other nation, according to a report from global market research firm Mintel. A survey found that 50 percent of German consumers believe that plant-based protein is just as nutritious as meat.

“The appeal of products without animal-derived ingredients has extended far beyond the limited pool of steadfast vegans and vegetarians, carving a place within overall healthy and varied diets,” said Mintel global food and drink analyst Katya Witham.

Rügenwalder Mühle’s new vegan steak and chicken filets will be available in German retailers from April 1.