Vegan chicken startup Rebellyous has taken over an old meat processing plant in West Seattle. The company plans to convert more meat factories in the future.

The company believes its new West Seattle facility — which is 10,000 sq ft — will be able to sustain a $3-5 million business. Rebellyous ultimately aims to keep up with the efficiency of Big Chicken, an industry that slaughters 9 billion chickens every year in the U.S. alone. The company says it will match the industry’s productivity whilst being more sustainable.

Rebellyous previously produced its chicken at a commissary kitchen. Its products were made for healthcare institutions and corporate cafeterias at tech companies. It will launch at several food service facilities in the U.S. once the new facility boosts production.

Scaling up production will also help make Rebellyous’ vegan meats more affordable. Rebellyous founder and CEO Christie Lagally told FoodNavigator-USA, “Meatless nuggets used to be half as delicious and twice as expensive as chicken. At Rebellyous, our mission is to flip the script and make plant-based meat that is better than animal meat in every way, from price and convenience to taste and nutrition.”

She added that the company “absolutely will be able to offer them at less than the price of animal-based chicken nuggets.” 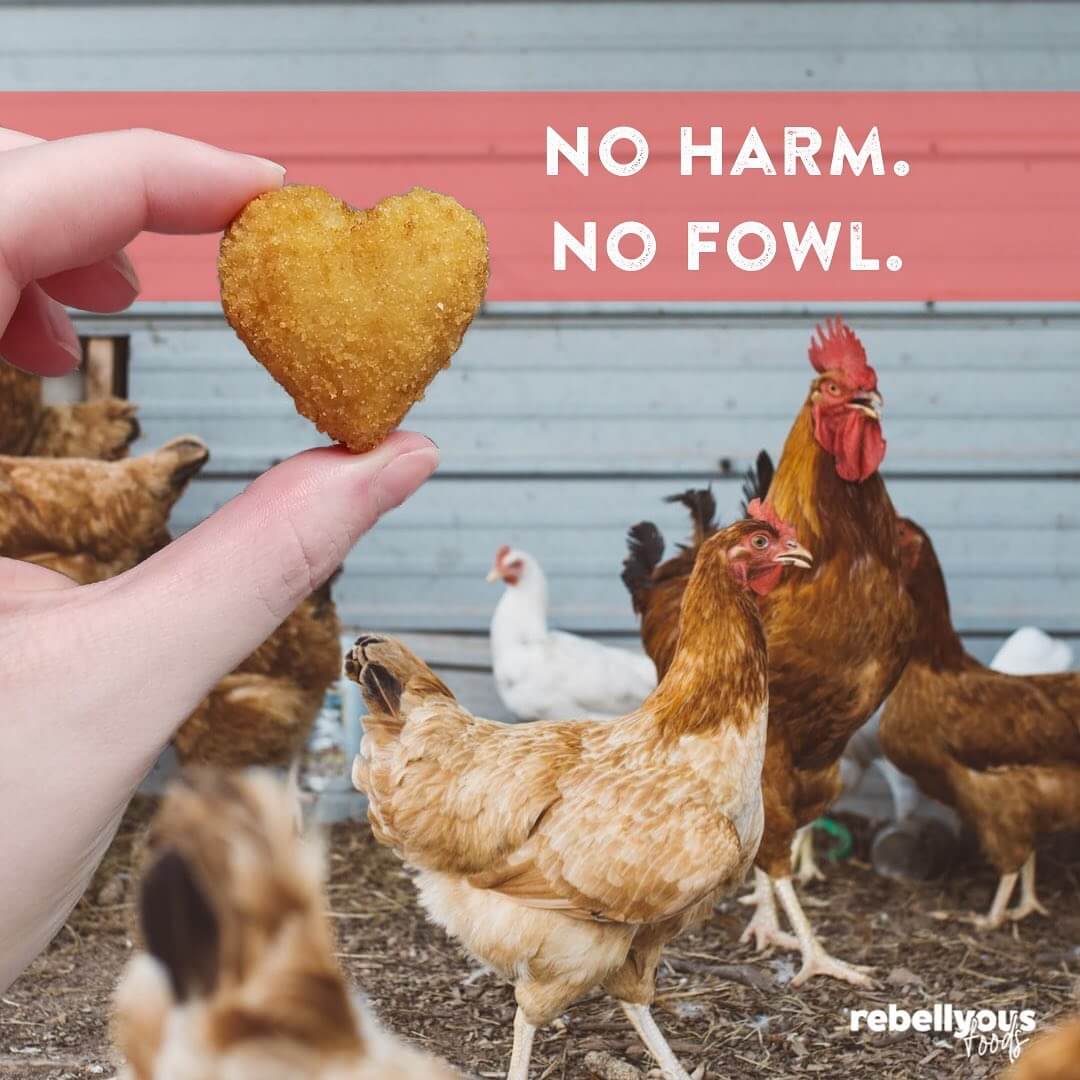 The Rise of Vegan Chicken

More people are looking to ditch animal products. Data from market intelligence company Numerator found that 80 percent of Americans intend to replace some or all of the meat they eat with plant-based options. Health is the main motivator but the environment and animal welfare also play a role.

As a result, vegan meat products are becoming more commonplace. In August, KFC began trialing vegan fried chicken — nuggets and Boneless Wings — in the U.S. The fast-food giant partnered with plant-based meat producer Beyond Meat to bring the products to life.

Later this month, Eat Love — the first vegan chicken shop in the U.S. — will open its doors in California.