Choc Tops are a cinema trip stable for many Aussies; the sweet snack is basically a wafer cone filled with ice cream, which is then dipped in chocolate. Traditionally, the treat is dairy-based, but select Event Cinema locations now offer vegan Salted Caramel and Chocolate Choc Tops.

Event partnered with coconut ice cream company Over the Moo to create the “exciting new range” of dairy-free cones, according to the cinema chain’s website.

Based in Glebe, Over the Moo is committed to providing consumers with dairy-free frozen dessert options. “We believe that saying ‘nyet’ to dairy shouldn’t mean bland desserts,” explains the brand on its website. “We’re committed to delivering ice cream with the same smooth creamy texture as the dairy stuff and literal bucket-loads of flavour.”

Over the Moo’s Choc Tops — available for an introductory price of $6.50 — will only be stocked in Event Cinemas in Bondi Junction, Glendale, Miranda, George Street, Macquarie, Tuggerah, Pacific Fair, Robina, Kawana, and Chermside.

The chain has also launched new vegan sliders, made with Funky Fields mince patties and topped with vegan cheese. They’re currently available from George Street, Miranda, Coomera, and Kawana in two different varieties, the Classic Cheeseburger and L.A. Style, which is made with secret sauce. 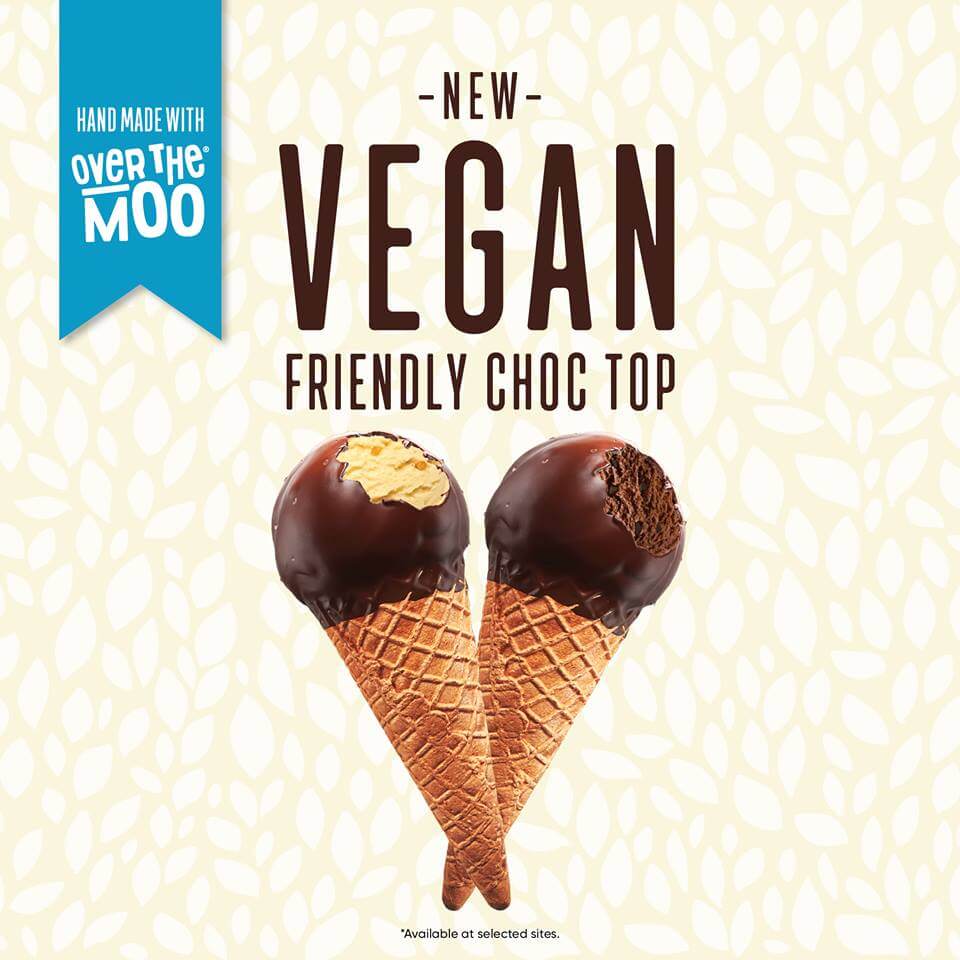 As more people become aware of the health, environmental, and ethical consequences of consuming animal products, the dairy-free ice cream industry is booming. By 2024, the global market is set to surpass a value of $1 billion USD.

In Australia — which has third-fastest growing vegan market in the world, according to a report from 2016 — dairy-free consumption is on the rise. Last year, it was even predicted that rapid growth in vegan eating could seriously harm the nation’s dairy industry.

Major ice cream companies such as Ben & Jerry’s, Halo Top, Cornetto, and Magnum have spotted this shift in demand, launching new nondairy products in Australia, as well as in multiple countries across the globe, including the UK and the U.S.