Target has announced the launch of vegan chocolate cupcakes, available later this month at all 177 Target stores across Northern California.

Target will be stocking eight flavours of Rubicon Bakers cupcakes, of which three are vegan. The plant-based flavours include Chocolate Blackout, Vanilla, and Neapolitan. The vegan sweets are already available at selected Whole Foods Markets, Northern California Safeways, Natural Grocers, and Sprouts.

“We’re thrilled to partner with Target to provide our line of delicious, hand-finished cupcakes to its customers,” Andrew Stoloff, Rubicon Bakers president, said in a statement. “Just like our everyday cupcake line, our vegan options are decadent, rich and ready to be enjoyed by all types of eaters.” 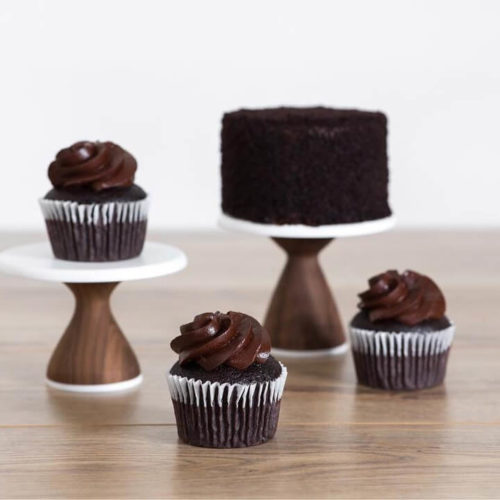 Rubicon launched its first vegan range in 2018 following years of development to perfect taste and texture; the company bakes without artificial flavors, colors, or preservatives. “One of our core values as a company is ‘delight’ and we are proud to share that with millions of people who choose to eat a plant-based diet, in addition to those that don’t,” Stoloff said.

Rubicon was founded in 1993 as a non-profit and is now a privately-owned, Certified B Corporation aiming to benefit people in need of a second chance. The organisation’s slogan is “Bake a Better World” and many employees are former prisoners, survivors of addiction, or those who have struggled with homelessness.

Rubicon is a social mission organisation, providing disadvantaged individuals with training, development and support to overcome any employment barriers. Now a national brand, Rubicon “scratch-bakes more than 50 hand-finished products, as well as seasonal desserts, for specialty and mainstream grocers across the country.”

According to Nielsen study data collected for the Plant Based Foods Association and the Good Food Institute, sales of plant-based food went up by 20 percent in 2018, with dairy-free milk now representing fifteen percent of the total milk market. Vegan items are becoming increasingly available and the lifestyle has experienced a rapid, mainstream adoption. Chocolate cakes are just the latest foray into plant-based market for Target. The chain recently launched an accessible vegan beauty line and vegan clothing.